"this was a scene from Fast and Furious."

A New Year’s Eve wedding in Birmingham stood out for its procession of lavish cars worth £10 million.

Around 20 supercars and another 10 Rolls Royces gathered in St Oswalds Road, Small Heath, on December 31, 2022, after friends of Kasim Ali and Natasha met up ahead of their wedding.

Friends hired cars of their choosing and gathered near the couple’s home, lining the street with the impressive motors.

They then drove two miles to the Grand Botanical Suite in Digbeth.

A friend of the groom, Kad, from Birmingham Car Hire Limited, helped organise the car meet-up.

Likening the gathering to a “scene from Fast and Furious“, Kad sourced cars from near and far to make his friend’s wedding a spectacular show. 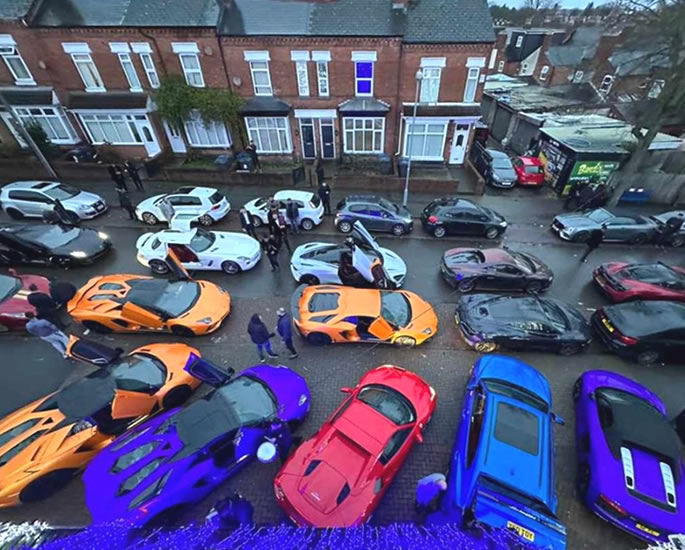 He said: “The wedding was one of my friends. And we organised loads of supercars.

“All Kasim’s friends approached us and wanted to hire different cars for the wedding.

“They wanted it to be a supercar showdown. They were sourced from all over the country and brought down to Birmingham.

“One company couldn’t organise the amount needed! Each car had an individual spec.

“There were 20 supercars and ten Rolls Royces. There were more than £10 million worth in total.

“We had them all lined up in Floodgate Street. Usually, we might hire four at most. But this was a scene from Fast and Furious. It didn’t feel like we were in Birmingham.”

The Rolls Royces included six Phantoms and four Ghosts, and there were also two Mercedes, an SLS gullwing and an E63 S. And to round it off two Audi R8 Spyders.

The groom drove a Lamborghini Aventador SVJ worth £350,000.

Usually, the cars are hired for 24 hours but this time, the wedding guests picked them up in the morning to use and then returned them just after midnight so they could be safely secured for the night. 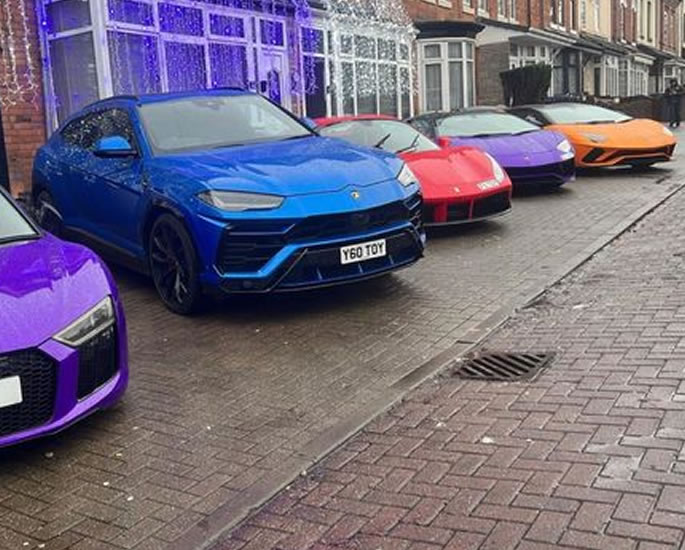 Kad wanted to thank Xlnc Hire, Fitzrovia Car Hire, AET in Wolverhampton and MSL Performance in Birmingham for helping him to source the supercar spectacular, with the wedding topped off with fireworks as the new year was rung in.

Luxury cars are a popular accessory in Asian weddings as couples look to host a grand event.

Dhiren is a journalism graduate with a passion for gaming, watching films and sports. He also enjoys cooking from time to time. His motto is to “Live life one day at a time.”
Asians on New Year Honours List 2023
Drunk Man urinates on Woman on Air India Flight