The official publication of the New Year Honours List for 2023 was released to commemorate the contributions made by people of all backgrounds across the UK, including British Asians to British society.

The 2023 list is the first to be signed off by King Charles III.

These prominent individuals have delivered services in areas of sport, arts, business and technology. They will be honoured with a British Empire medal and title in the coming months.

As for the Asian contributions, the New Year Honours List commends the hard work and efforts by men and women with South Asian roots who have made a major impact on communities around the UK.

Professor Sir Partha Sarathi Dasgupta has been recognised with the rare honour of the Knights Grand Cross for his services to economics and to the natural environment.

He said: “I’m delighted Charles, who will be King Charles, will be giving the award because I approve of him.

“I think the last person who got it was a couple of years ago was David Attenborough.

“That’s what my grandson said to me because he was looking for it. He told me that not many people get it.”

Politician Alok Sharma received the Order of St Michael and St George for his services to tackling climate change.

He explained: “I am humbled to receive this honour.

“Delivering the COP26 conference and getting almost 200 countries to agree the Glasgow Climate Pact was a great UK team effort, supported by many of our dedicated civil servants and diplomats around the world.

“However if we are to keep alive the prospect of limiting average global warming to 1.5 degrees above pre-industrial levels, which will help to avert the worst impacts of climate change, all countries need to redouble efforts to meet their climate action commitments.” 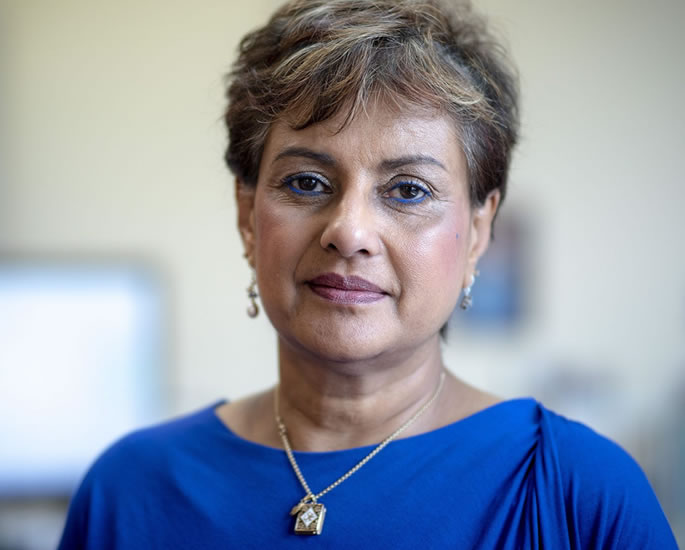 Other Asian recipients on the New Year Honours List 2023 include Nadra Ahmed who was made a CBE for setting up the first-ever UK medical school’s patient partnership collaboration, Ivan Menezes received a Knighthood for his services to business and equality and Dr Krish Kandiah received an OBE for his services to refugee integration.

British Asians who have been recognised in the New Year Honours List 2023 include:

Knights Grand Cross of the Order of the British Empire (GBE)

Dames Commander of the Order of the British Empire (DBE)

Medallists of the Order of the British Empire (BEM)

Order of the British Empire

These honorary titles are awarded to these individuals in recognition of their commitment to serve and help Britain in their areas of work and services.

The Asian recipients of these awards have proved their specific dedication without a doubt to their contributions.

DESIblitz congratulates all of the honoraries on the New Year Honours List 2023!

Dhiren is a journalism graduate with a passion for gaming, watching films and sports. He also enjoys cooking from time to time. His motto is to “Live life one day at a time.”
Indian Pharmacist Jailed in UK for Supplying Illegal Drugs
Wedding Procession features Luxury Cars worth £10m