Indian Woman Stripped & Hair Chopped Off for Affair with Nephew

An Indian woman from Jharkhand was stripped and had her hair chopped off after she was accused of having an affair with her nephew.

Some of the women went on to beat the victim.

An Indian woman from Koderma district in Jharkhand was accused of having an affair with her nephew. As a result, she was stripped and had her hair chopped off.

A panchayat (self-government) in Koderma made the decision after the locals of Dengodih village alleged that the woman had an illicit relationship with her own nephew behind her husband’s back.

They described the woman’s actions as “characterless”.

The matter came to light on August 21, 2019, when the woman lodged a police complaint against her nephew, identified as Sandip Saw.

She alleged that her 22-year-old nephew had been taking advantage of her while her husband was out of town.

The woman told officers that he had forced her into a relationship and was threatening her to continue it.

She had said that Saw forced her into having sex with him by threatening to kill her husband and children if she refused.

However, when the villagers found out about the relationship, Saw blamed the Indian woman and claimed that she was the one who had lured him into a relationship.

Following this, the woman was dragged out of her house and brought before the panchayat which was mostly comprised of women.

They told her that she was accused of luring her nephew into a relationship. The women then came to the conclusion that she was guilty and that she must be punished. Some of the women went on to beat the victim.

The panchayat then ordered the woman to be stripped and to have her hair cut off.

Superintendent of Police Dr M Tamil Vannan explained that the woman was allegedly in an illicit relationship with her nephew for around three and a half months which led to a panchayat taking action. 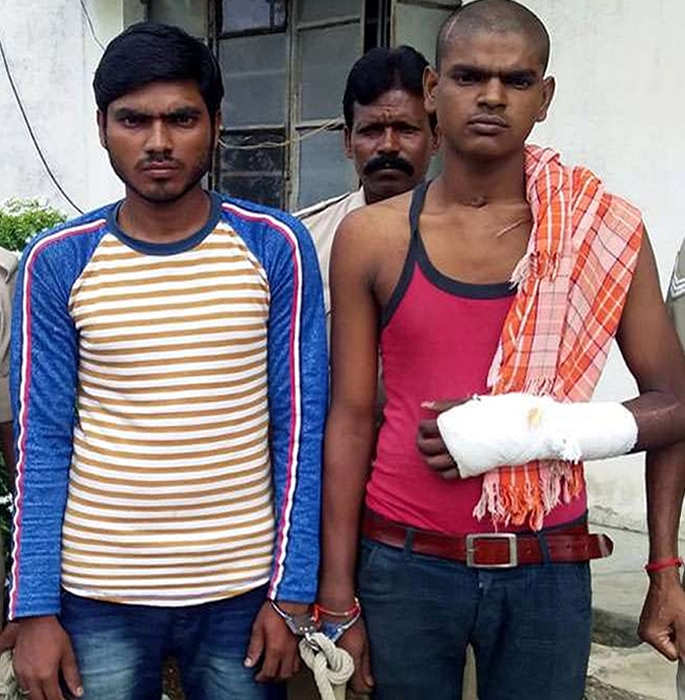 He stated that they were responsible for beating her up and chopping off her hair.

A police case has been registered against Sandip and his brothers Santosh Saw and Mohan Saw.

Sandip is accused of forcing the woman into an illicit relationship. Santosh and Mohan are accused of provoking the women into committing the assault.

India Today reported that Sandip and Santosh have been arrested and were remanded in custody on Monday, August 26, 2019.

As well as filing a complaint against her nephews, the woman accused 10 other women of assaulting her. A case has been registered, however, they have not been arrested yet.

Dhiren is a journalism graduate with a passion for gaming, watching films and sports. He also enjoys cooking from time to time. His motto is to “Live life one day at a time.”
Obscenity of Indian School Principal & Female Teachers Caught
Bangladesh Court orders ‘Virgin’ be Removed from Marriage Certificate