‘B’ for Ballet and ‘B’ for Bharatanatyam

Ballet is one of the highest regarded dance forms in the world. Although it widely dominates in the West, DESIblitz explores how ballet has also influenced many classical dance forms of India, including Khathak, Odissi and Bharatanatyam.

Ballet has since time immemorial been an integral part of the Indian dance world.

Dancers often wonder if there is an eternal connection between all the dance forms performed in this day and age.

Are all dance forms mere hybrids of how one represents joy, aesthetics and spirituality through the delicate movements of the limbs? How far is the ‘B’ of ballet interspersed with the ‘B’ of bharatanatyam?

Ballet itself was a product of the Italian Renaissance between the 14th and 16th Century. Almost all of its terms and codes were in the French language. It is no wonder then that the trend caught up with France first and then with the British. 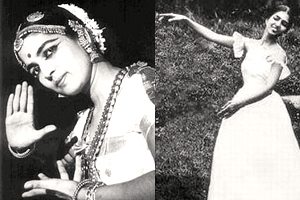 It was when the French and British invaded India that ballet came with them; and though colonialism may have ended decades back, ballet still thrives and is now fast becoming a popular dancing trend.

Bharatanatyam is widely considered to be the most ancient Indian dance form. Almost all dance connoisseurs know that the bharatanatyam we see today was revived by Rukmini Devi Arundale in the late 19th century.

What many people do not know is that before indulging in the revival of Indian dance forms, Rukmini Devi learned classical ballet under the legendary Russian ballerina, Anna Pavlova.

Anna Pavlova was in turn fascinated by Indian and Japanese themes and used them in her productions. With such a history it should be no surprise that a few ballet techniques are used to teach bharatanatyam today. 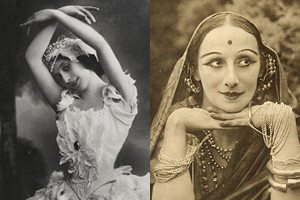 Leaving behind the 19th century, India entered the 20th century which was known as the age of revolution and revival.

Though only Indian dance techniques of kathak, manipuri, and kathakali were used in his ballets, the idea of a dance with all the dancers, props, stage craft was borrowed from classical ballet.

Anna Pavlova’s fascination with Indian based themes continued and she quite incidentally bumped into Uday Shankar who is regarded as a pioneer in Indian dance world. 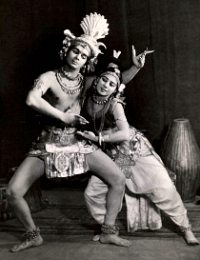 This association of a legendary Russian ballerina and a phenomenal Indian dancer produced ballets based on themes like ‘Radha and Krishna’ and ‘Hindu wedding’.

These ballets had an intricate mixture of Indian dance techniques with that of pure classical ballet techniques.

The trend of fusing Indian techniques with ballet ones has since caught up, and most ballet productions that one sees in India today is evidence of that.

Until the post freedom era, India revelled in establishing and reviving lost Indian dance forms. During the British rule in India all sorts of Indian dances and music were admonished.

The Devadasis of the South and the Nautch girls of the North whose profession was singing and dancing were forced to turn into the shady lanes of prostitution to earn a livelihood.

With such an adverse impact one can understand why Indian policy makers, the elite and the intelligentsia were adamant on the revival of Indian based dance and music. So apart from one or two odd associations of India and ballet dancers, not much happened in the latter half of the 20th century. 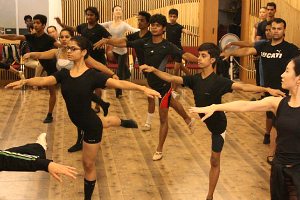 Then came the new millennium, and with it, the age of globalisation. The hip-hop culture of the 60’s and the 70’s was a thing of the past. Now was time for some serious work.

It was during this time that ballet again began to take shape in the Indian dance scene and it finally struck roots.

The National Ballet Academy and Trust of India was established in Delhi in the year 2002. The School of Classical Ballet and Western Dance also formed in Mumbai.

People like Sanjay Khatri were nominated as the first Indian male ballet dancers by The Times of India in 2010.

India now had ballet dancers like Tushna Dallas, Khushcheher, and Sameer Mehta, who were trained in illustrious dance institutes like the Royal Academy of Dance and London College of Dance. The ballet techniques which are prevalent and are being taught widely in India today are of Vaganova and Cecchetti.

Ballet and Indian classical dances have always had some stark similarities. They are both codified, they both have standard techniques to be followed, and they both need years of preparation and practice to be performed on stage. Yet, they are also very different.

Kathakali is mostly performed in ballet style. Where in classical ballet the choreography include dancers covering spaces on the stage with wide leaps and jumps and formations, in Kathakali, the dancers can stand in one place for hours depicting the entire universe through their eyes and hands. 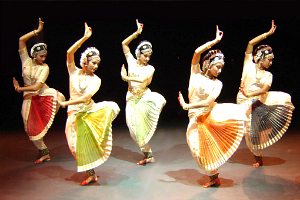 Ballet also may take days and months for the whole troupe to rehearse together.

In Kathakali, the dancers need not have even met before the performance but they can easily fall back on the strict grounding and traditional formats of dancing.

Both these dance forms have rigid techniques that need to be followed, as well as a coded language, but yet the differences are evident.

Ballet has since time immemorial been an integral part of the Indian dance world. Though ballet might not be performed in its traditional classical style often, the idea of ballet production itself has influenced many dance forms in India.

Be it kathak, odissi or bharatanatyam, the dance dramas are a hybrid version of classical ballet being performed. So while the ‘B’ of ballet might be vastly different from the ‘B ‘ of bharatanatyam, they will always have an interspersed connection.

"Dance,dance or we are lost", is what Pina Bausch said. With an extensive training in Indian classical dance and music Madhur is very interested in all sorts of performing arts. His motto is "To Dance is Divine!"
Top 5 Dance Choreographers of Bollywood
History of the Sitar