Bollywood is opening its doors to more and more UK artists. H Dhami is the latest Bhangra star to sing for a Bollywood film. ‘Toonpur Ka Superhero’ starring Ajay Devgan and Kajol is an animation movie with the song produced by Anu Malik and Rishi Rich.

"The whole experience was such a good laugh!"

Bhangra artist H Dhami along with Veronica and Mumzy Stranger have performed on a song for the Bollywood film Toonpur Ka Superhero. A film that has lead roles from Ajay Devgan and Kajol as the stars of the film interacting with animated characters. The track called ‘Let’s go to Toonpur’ is fun loving track for the film.

Bollywood music director Anu Malik approached UK music producer Rishi Rich to create the track with him. Rishi then contacted H Dhami, Veronica and Mumzy as his choice of artists to sing the song. The track was recorded at Rishi’s studio in London. Anu worked together with Rishi and the singers and the result was pleasing for all parties.

H Dhami felt very inspired by the whole process and said in a recent interview on BBC Asian Network: “It was an incredible experience recording the track. Especially, being guided different people, by Anu Malik.” 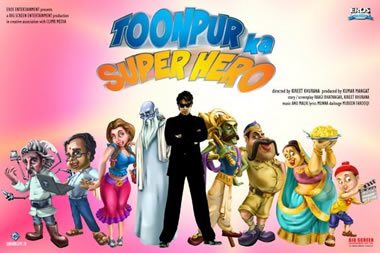 Talking about the film H Dhami said: “It takes me back to the good old Toy Story days. It’s a film for youngsters.” The project started with Anu Malik giving them the synopsis of the film, and Dhami said they all felt concept was very different for Bollywood. The challenge was to produce a track to match the theme of the film with humour and fun.

The song features all three artists with their own parts in the song. Punjabi style chorus lines by H Dhami, a rap style delivery by Mumzy and Hindi lines sung by Veronica. One of the funniest parts of the recording is when Veronica’s voice is used as the catchy spoken phrase – ‘Tusi Ja Reho, Tusi Na Jao’ in the song. Dhami said:

“That take just had us in stitches in the studio because you never imagine us to doing that!”

Working with Anu Malik was a huge experience for H Dhami but him working with Rishi was even more interesting. “You know seeing Rishi who produced my album, one of the best producers, and Anu Malik as well, and both of them just coming up with ideas was just crazy!” The song was recorded over twelve months ago, showing how long the process can take for such a song to appear in a Bollywood movie.

Here is the trailer of Toonpur Ka Superhero with the song playing in the background. 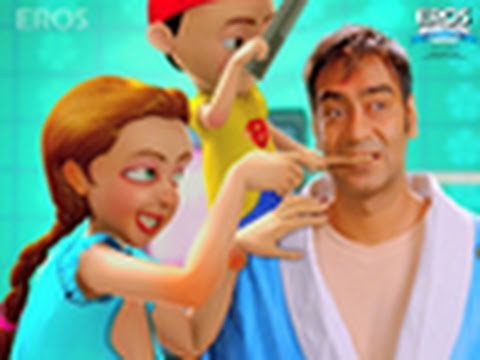 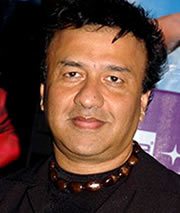 It is very rare that Kajol and Ajay Devgan are seen together in films. This is one that does see them teamed up. The story is about Ajay Devgan and Kajol who visit ‘Toonpur’ which is a land of cartoon characters. The good guys of Toonpur (Devtoons) and the bad guys (Toonasurs) are at constant war and the Devtoons call upon Aditiya (Ajay Devgan) to help them but things are not as easy as the Devtoons think. Along the lines of the Hollywood film ‘Who Framed Roger Rabbit’ the film shows live acting fused with the animation.

Anu Malik said the first song they recorded for the movie was ‘one of the biggest challenges of his life.’ Summarising the recording of the ‘Let’s Go to Toonpur’ song, H Dhami said: “The whole experience was such a good laugh!” The song is out now on iTunes and the film will be released on 24th December 2010 in cinemas.

In between his performances and tours, H Dhami is in the studio working on the songs for his new album. He said he would love to be involved with more projects for Bollywood which would be something that will definitely gives him new experiences away from Bhangra.

Jas likes to keep in touch with the world of music and entertainment by writing about it. He does like hitting the gym too. His motto is 'The difference between the impossible and the possible lies in a person's determination.'
Shahrukh seeks The Prodigy for RA.One
Kuldeep Manak the Legendary Punjabi Singer