Domestic violence is an issue still very much affecting communites of South Asian origin in the UK. To raise awareness, Avina Shah has released her debut single ‘Tere Bina’ with full support for the charity Southall Black Sisters.

"People think that domestic violence is a thing of the past"

British Asian singer, Avina Shah, entered the Asian Music industry with debut single ‘Tere Bina’ (Without You) to raise awareness on the delicate issue of domestic violence. Featuring a unique combination of Avina’s angelic vocals with heart-touching lyrics and a super-catchy chorus, the proceeds from the single will be donated to West London based charity the Southall Black Sisters.

Southall Black Sisters (SBS), a not-for-profit organisation, was established in 1979 to meet the needs of black (Asian and African-Caribbean) women. The charity’s aims are to highlight and challenge violence against women; empower them to gain more control over their lives; live without fear of violence; and assert their human rights to justice, equality and freedom.

Inspired by the story of Kiranjit Ahluwalia, featured in the hit movie ‘Provoked’ starring Aishwarya Rai, Avina decided she wanted to create a song with the aim in raising awareness of this injustice. She hopes the song will send out a strong message and touch many, but at the same time highlight the issues within the Asian community in the aid of supporting the charity. 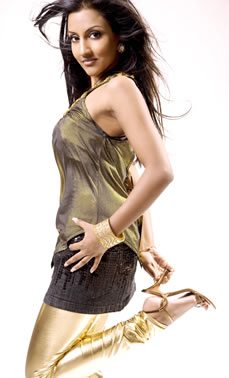 Southall Black Sisters are very pleased that she has chosen the charity. Shakila Maan, Advocacy Manager for SBS said: “We were very moved and impressed with Avina and the team when we heard ‘Tere Bina.’ We are delighted they have chosen SBS as the official charity for this single in recognising the issue of domestic violence in minority communities.”

Although Avina has been performing across the UK and Internationally as a Bollywood Singer, her single ‘Tere Bina’ is her first real presence as a solo artist in the British Asian music scene. Launching herself into a very male dominated industry with very few female artists, her approach is to be different with meaningful songs.

Naturally gifted, Avina has been performing since she was just three years old. Having written a number of original songs, ‘Tere Bina’ features a creative blend of eastern and western musical styles. The song aims not only to entertain music lovers but also empower listeners who can relate to the emotive meaning behind the song.

DESIblitz met up with Avina Shah to talk to her more about her music. Watch the video interview to see what Aviana told us about her ambitions as a Brit-Asian artist.

Talking about the song, Avina said:

“Tere Bina is a positive song all about girl power! It tells the story of a young woman whofinally decides to walk away from a really violent and abusive relationship.”

“The lyrics are in Hindi but the music has a very western feel, which I think will appeal to listeners that like to hear something a bit different but with a conscience. People think that domestic violence is a thing of the past, but it’s shocking to discover how common this problem actually is still today. We’ve put a lot of thought in trying to capture all of these emotions into the song itself aswell as the music video,” she added.

Hardworking, dedicated and motivated, Avina performs in both English and Hindi and has recorded both here and in India to equal acclaim. A petite bundle of glamour and ambition, she was featured as part of an OHM Media ‘Diwali Special’ broadcast in Europe, where she shot a music video to her own devotional song, the result of which has been an overwhelming interest from the general public.

As a professional singer, Avina has been regularly performing worldwide with the group Eastern Illusion in locations such as Africa, America, The Middle East, and various countries within Europe.

Besides her musical flair, she is an extremely talented individual who has an eye for detail and strives for perfection when it comes to performing. Having shared the stage with numerous international artists, Avina is now ready to embark on her solo musical career.

This is just the beginning for this talented singer. Watch out for Avina as she sets to release a string of singles in the near future, each one totally different from the other.

Jas likes to keep in touch with the world of music and entertainment by writing about it. He does like hitting the gym too. His motto is 'The difference between the impossible and the possible lies in a person's determination.'
Roop Kumar Rathod and Sunali Rathod Concerts
Shahrukh seeks The Prodigy for RA.One