Why are there so few Transgender Actors in Bollywood?

The casting of cisgender actors as transgender characters has received criticism, amid the debate of trans representation in Indian films.

"It would have been ideal to cast a trans woman"

Alia Bhatt’s Gangubai Kathiawadi has raised an important issue in Bollywood with many questioning why the industry continues to sabotage itself by not hiring transgender actors.

Sushant posted a video in which they raised questions about the characters transgender artists would play if all their roles were taken up by cisgender actors.

In the clip, that has since gone viral, Sushant asked:

A few people took to social media and raised questions over the casting, asking why a trans woman wasn’t considered for the role.

Bollywood already lacks opportunities and roles for trans persons and even homosexual actors.

In regards to the debate around Vijay’s character, his co-star from the film Alia Bhatt said:

“I have heard this conversation various times for different films.

“While I do understand where they’re coming from, I feel like it’s up to the director and their vision.

“It’s not there to offend anyone, maybe the director found it interesting to have an actor like Vijay Raaz, who identifies as male, play a trans character.

“The audience has never seen him that way, you see the actor and the ability to transform within that person.

“I think that’s a better perspective, but I do understand where people are coming from.” 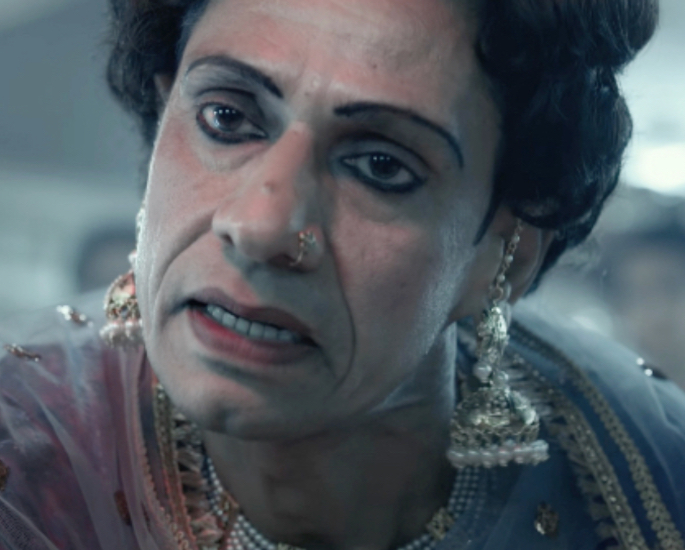 Abhishek Kapoor, the director of Chandigarh Kare Aashiqui, spoke about casting Vaani in the film:

“The mission was to not only make a film but also deliver a message that reached far and wide, and to bring about change.

“With the purest (intention), it would have been ideal to cast a trans woman, but we also needed a seasoned performer to play the part.

“Vaani had the right amount of experience.”

Akshay Kumar’s horror-comedy film Laxmii did little to shift the dynamic and was declared the worst film of 2020 by some critics.

Directed by Raghava Lawrence and a remake of the Tamil film Kanchana, Laxmii features a transgender character in the centre of its story but chooses to portray her as a revengeful spirit.

Whilst Bollywood is no champion in the representation of gender, the industry has shown signs of change and produced several films that portray the LGBTQA+ community with nuance.

Kapoor And Sons starred Fawad Khan who portrayed a same-sex relationship without the Bollywood stereotypes of gay men.

Films like Laxmii and Gangubai Kathiawadi, however, halt the progressive trend in portraying trans characters onscreen.

Ravinder is a Journalism BA graduate. She has a strong passion for all things fashion, beauty, and lifestyle. She also likes to watch films, read books and travel.
Inside Poonam Pandey’s Troubled Marriage to Sam Bombay
Jackie Shroff breaks down on India’s Got Talent