Poonam Pandey has opened up on her troubled marriage to Sam Bombay. We look at the history of their relationship.

"Sam and I are the most notorious couple!"

Model and actress Poonam Pandey has spoken about her troubled marriage to Sam Bombay.

She made the comments ahead of her appearance in the upcoming reality show Lock Upp, which will see Kangana Ranaut host the show.

The show will feature 16 celebrity contestants locked in a jail-like setting and competing for basic provisions.

In a statement, Poonam said: “I am super excited to inform everyone that I am a part of the biggest controversial show in India, Lock Upp.

“I don’t know what will happen in there because whatever I have read and have seen about the show, I have understood that I have to perform a task even for my basic necessities and there is no luxury in this Lock Upp.

“So I don’t know how I am going to pull this off, but I am nervous and excited at the same time.”

Ahead of the show’s premiere on February 27, 2022, Poonam also spoke about her brief and controversial marriage to Indian film producer, director and editor Sam Bombay.

We explore the history of their relationship, their marriage as well as its sudden end. 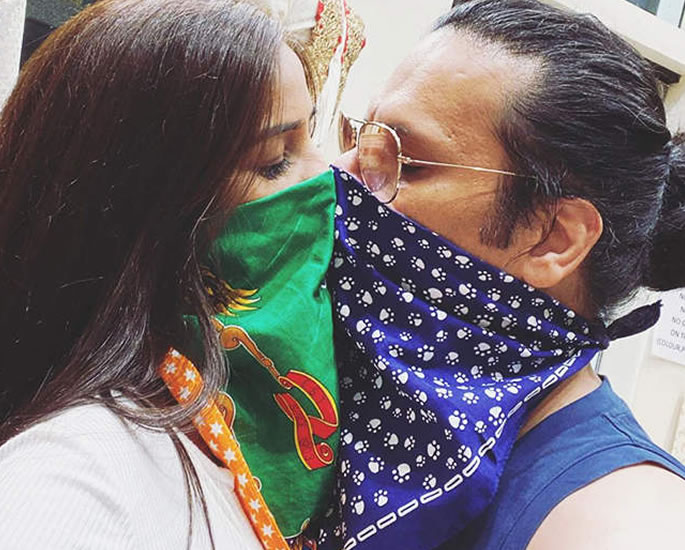 Poonam Pandey and Sam Bombay were first seen out in public in May 2020 when they were caught by police driving around in Mumbai, breaking lockdown rules.

The pair, who were believed to be just friends at the time, were booked under various sections of the Indian Penal Code.

They were also given a strict warning prohibiting them from leaving their residence. It was also reported that Poonam’s car will remain in police custody.

Allegedly, the pair had travelled from Bandra to Marine Drive for joy and pleasure.

Poonam later reacted to the news, claiming that she was out buying essentials.

She had said: “It’s funny to be sitting at home and watching the news that I’ve been arrested.

“Yes, my BMW (car) has been impounded by the Marine Drive police as I was out to buy some essentials.

“It’s not altogether a bad experience as I got to meet a real hero, Jitendra Kadam of the Mumbai Police, who was in news recently for his bravery.

“I personally applaud the Mumbai Police for doing their job exceptionally well and keeping us safe during these circumstances.” 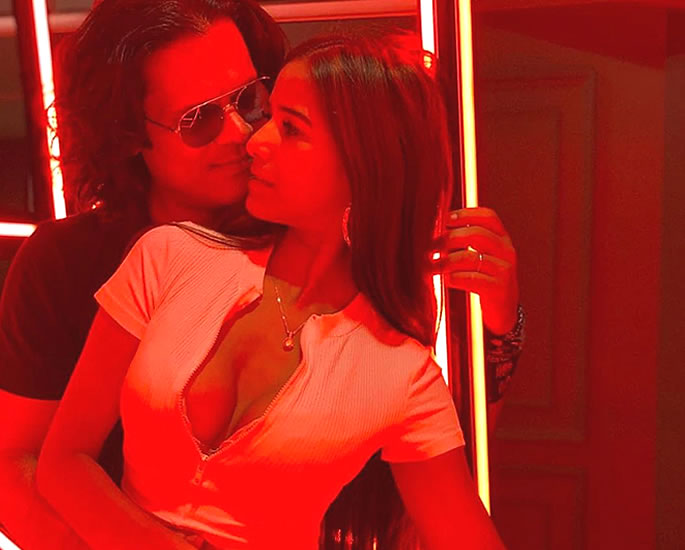 While it was believed that Poonam Pandey and Sam Bombay were just friends, it was later revealed that the two were in fact in a relationship.

Poonam Pandey revealed that she met Sam on the set of a project and got into a relationship. They started living together sometime in 2018.

The pair have actually been seen together before but in a far more private setting.

The video was later deleted from the platform but not before many netizens reuploaded the video to numerous pornographic websites.

The video clip prompted mixed responses as some believed it had been accidentally leaked while many thought it was a publicity stunt.

Since then, Sam has made several appearances with Poonam on her OnlyFans, whether posing next to the scantily-clad Poonam or of the pair getting intimate. 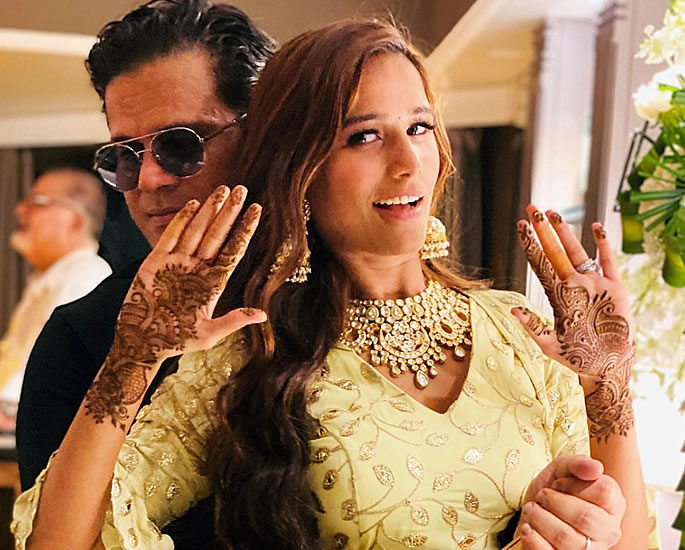 Poonam and Sam announced their engagement in July 2020 and got married on September 1, 2020.

Due to the Covid-19 pandemic, it was a low-key ceremony at their Mumbai home.

She said: “Amidst the ongoing pandemic and given the sad reports that we read on a daily basis, we decided to spread some joy.

“The wedding was a private ceremony at our home in Bandra, attended by family and select close friends who danced with us and blessed us. It wasn’t. Sam and I are the most notorious couple!

“The wedding had to be private considering the Covid-19 situation.”

Poonam wore a dark embellished lehenga and statement jewellery while her husband sported an embellished sherwani.

They said they would have a honeymoon in Los Angeles once the pandemic subsided.

The couple ended up going to Goa for the filming of a project. 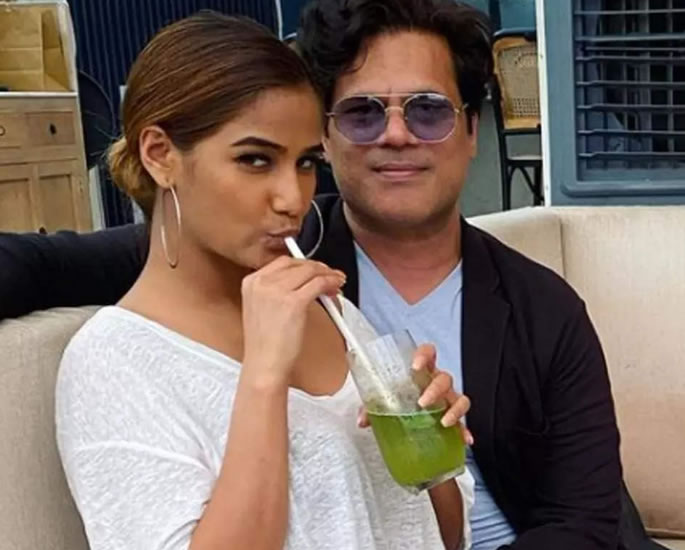 The couple went to Goa to shoot for a film while also doubling up as a honeymoon.

However, things took a downturn just a couple of weeks later when Poonam filed a complaint against Sam, accusing him of assault and molestation.

“Pandey filed a complaint late Monday night claiming her husband Sam Bombay had molested her and threatened her with dire consequences after assaulting her. He was arrested.”

Sam Bombay was later released on bail and the pair got back together.

Due to the sudden reconciliation, many believed that the incident was a publicity stunt. 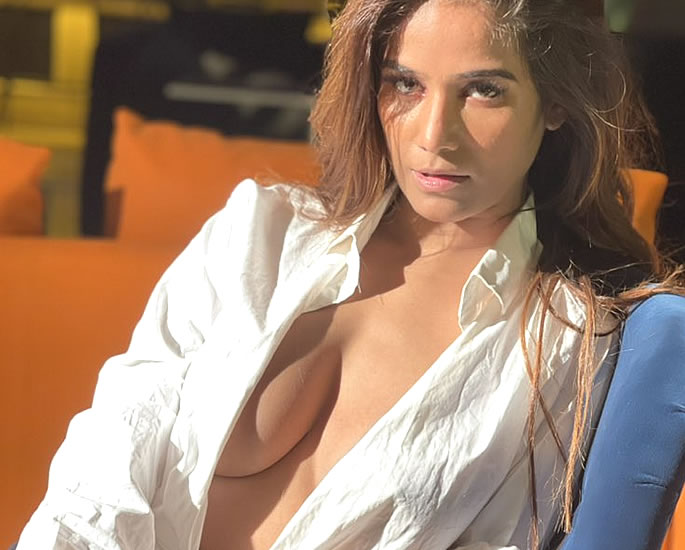 In November 2021, Poonam Pandey filed another complaint against Sam, accusing him of assaulting her.

She reportedly suffered injuries to her head, face and eyes and was hospitalised.

Officers said: “The case has been registered against Sam Bombay under the sections of Indian Penal Code (IPC).

“The actress has suffered serious injuries on her head, eyes and face.”

Shortly after his arrest, Poonam shared a cryptic message that read:

Poonam later stated that her relationship with Sam had always been “abusive”.

“Our argument escalated and he began hitting me. He choked me and I thought I was going to die.”

“He punched me in my face, pulled me by my hair and banged my head against the corner of the bed. He knelt on my body, pinned me down and assaulted me.

“Somehow, I managed to break free and bolted out of the room.”

Poonam has since separated from Sam Bombay and looking back on his allegedly abusive behaviour, she said:

“No woman wants to go through such incidents.

“I married him but then that happened and it was unfortunate. It is not as silly or funny as it sounds. I am single right now and not looking for a companion.”

She went on to say that she is visiting a therapist.

“I am doing pretty well. I don’t want to talk much about Sam Bombay at the moment as I am currently in a healing process. I am going to a therapist.”

Poonam added that she does not plan on getting into another relationship for the foreseeable future.

“No, absolutely big no. Five years from now maybe but at the moment, I am definitely not thinking on those lines anymore.”

The controversial personality is now gearing up for Lock Upp, which will stream on ALTBalaji and MX Player.

Dhiren is a journalism graduate with a passion for gaming, watching films and sports. He also enjoys cooking from time to time. His motto is to “Live life one day at a time.”
Priyanka Chopra reacts to “Terrifying” Russia-Ukraine Crisis
Why are there so few Transgender Actors in Bollywood?