Dev Adhikari is one of the most popular actors of Bengali Cinema. From adventure to romance, this versatile talent has done it all! We list some of his best Bengali movies to date.

For many years, Dev Adhikari (referred to as Dev) has been acting in the best of Bengali cinema. For Bengalis, Devis is their very own Shahrukh Khan.

There is nothing Dev cannot do, he has mastered every role with precision.

Not only has he been a hero, but he’s also been a romantic and a combat fighter. Recently, he has given Bengal cinema their own Indiana Jones in Chander Pahar and Amazon Obhijaan; as he becomes Shankar Roy.

With the actor’s incredible popularity and charisma on-screen, DESIblitz picks out five of Dev’s Bengali movies which are truly remarkable. 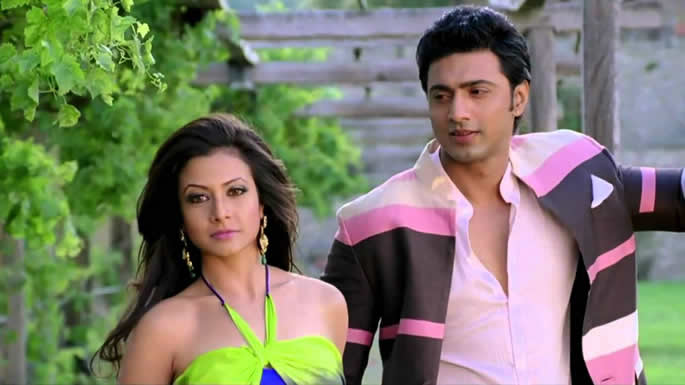 Leading on from the Bengali movie Paglu, Paglu 2 is a dramatic romance movie with a balance of action and slight comedy.

Paglu 2 is produced by Surinder Films and directed by Sujit Mondal. The movie is based on the young boy Dev, who is seeking out love but at first is unsuccessful due to not being well-educated enough.

Upon rejection, Dev returns to study and there he meets a beautiful Riya (Koel Mallick). Riya is engaged to a crazed gang leader named Rudru. Rudru and his associates torture any man who declares his love for Riya or for simply asking about her.

However, Dev believes Riya and him are bound by fate and prepares to ask for her hand. He begins to woo her by being a hopeless but fearless romantic. While doing so, he faces Rudru and his associates many times.

Hence the title ‘Paglu 2’ which means crazy, for Dev is crazy for Riya and he will stop at nothing to win her heart. 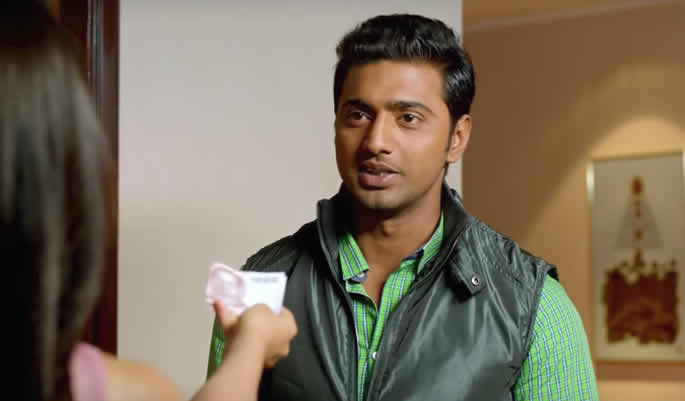 Rangbaaz was directed by Raja Chanda and produced by Surinder Films. The Bengali movie introduces Raj as an ordinary young boy whose life quickly escalates after witnessing the murder of his father just as his mother is stabbed several times.

With only a mother left in the world, he asks his uncle for help with the medical costs as she begins to deteriorate. Some men appear and are willing to pay but, there is a catch.

Young Raj must falsely testify for shooting a child which one of the men’s grandson committed. This would mean for him to be locked away in a children’s prison.

He is asked if he wants his mum or not. A terrified Raj ends up going to prison and being terrorised by juvenile boys. Soon, he fights back and grows into a brave man.

He prepares himself to engage in ‘rangbaazi’ and lets things get messy. Rangbaaz is someone who fights in style and is good at making trouble work in their favour.

Prepared to seek out the man responsible for his father’s death and the man who is known as Lucky Bhai (Rahul Dev) by entering Bangkok with a work visa.

While there, Raj works for a hotel company which leads him to meet the daughter (played by Koel Mallick) of a wealthy man. Unknown to Raj, he is about to learn the hard truth behind blood relatives, betrayal and then love with a girl which he cannot have.

This movie will take viewers through many emotions. 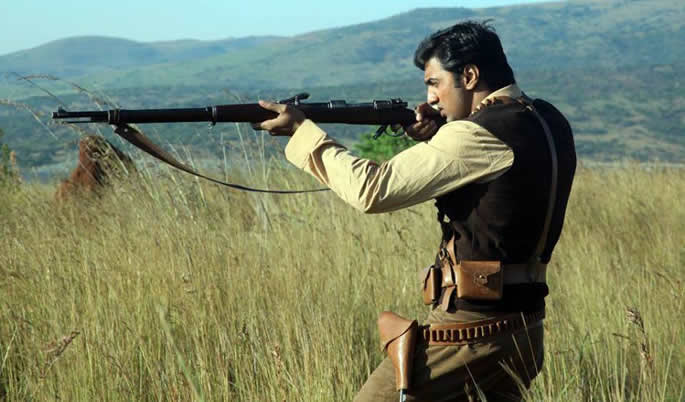 Based on the famous children’s book written by B. Bandyopadhyay, the famous fictional character Shankar Roy has a thirst for adventure from a young age and often seeks out these adventures in dangerous locations.

The movie is produced by Shree Venkatesh Films and directed by Kamaleswar Mukherjee. It tries to recreate the Shankar Roy from the book very well. You can always listen to the audiobook or read the book and then compare it to the movie.

Now, ‘chander pahar’ translates to the mountains of the moon and in this Bengali movie, Shankar is heading to Africa. Viewers can feast their eyes on the incredible vistas of the continent which have been shot beautifully. Plus you can expect to see some of mother nature’s most terrifying beasts.

In terms of Dev, fans get to see him in a new light and as a more powerful character. He has adapted to the role well and the movie remains one of a kind. The movie also has a sequel, Amazon Obhijaan, which released in 2017. 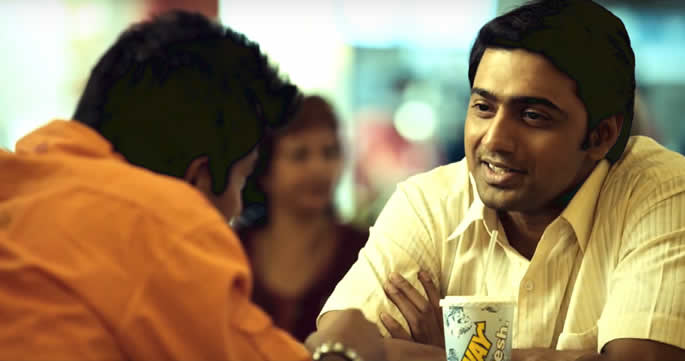 Often in Tollywood movies, the good guy and the villain are clear-cut; there is usually no in-between.

This movie provides a different perspective with the focus on Dev’s character Amal. Amal is introduced as an everyday good boy who lives in a family with good morals and values.

However, the tables turn for Amal when he takes on illegal jobs. He involves himself in smuggling and from then on becomes infatuated by wealth and worldly pleasures which slowly begin to take over his life.

An addiction which ultimately consumes him, Amal’s new life brings him nothing but misery and danger. Furthermore, the people he had worked for previously are intent on finding him and killing him.

At the same, Amal loses everything he had gained almost instantly. Despite this, he still has the love and support from those in his old life. 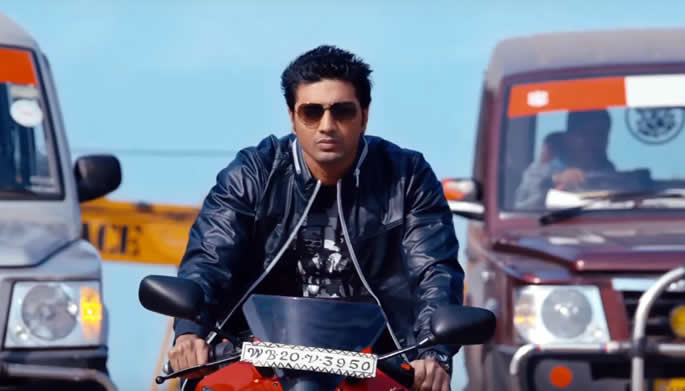 Finally, we cannot end the list without mentioning this complicated and somewhat dramatic romance movie. Get ready because this storyline will make your head spin but it is totally worth it.

Khoka 420 is produced by Eskay Movies and directed by Rajeev Biswas. Dev (who plays Krish) stars alongside with Subhoshree (who plays Bhoomi) and Nusrat (who plays Megha).

Megha is Krish’s partner and to save her friend Bhoomi from getting married, she persuades Krish to pretend to be Bhoomi’s partner.

At first, Krish is totally against the idea. Eventually, he agrees and telling Megha he does not like t see her upset over her friend.

In the beginning, Krish does it as a favour for Megha. However, as he spends more time with Bhoomi, the two start falling for each other.

This conundrum instantly changes the mood of the movie as Krish is in love with both Bhoomi and Megha. Something maybe the audience saw coming from the start and is truly painful for Megha.

Now we wonder if you can guess who Krish chooses or does this movie end in a massive heartbreak; we’ll let you decide!

While most of the movie remains upbeat, there are instances when this love triangle takes a downward turn. Dev’s character, however, is very much full of life and he keeps the audience aching with laughter.

No doubt Dev is one of Bengali cinema’s finest and most sought-after actors. With his natural charm and charisma and incredible acting versatility, Dev Adhikari is one of the biggest stars of South Asian cinema.

We look forward to seeing more of this Bengali heartthrob on our screens.

Rez is a marketing graduate who loves to write crime fiction. A curious individual with a heart of lion. She has a passion for 19th-century sci-fi literature, superhero movies and comics. Her motto: “Never give up on your dreams.”
Priyanka Chopra attends The Royal Wedding in Elegant Style
6 Powerful Women Making Bollywood History Off-Screen