Mika Singh has come under fire after he was seen in a music video with Riva Arora, a 12-year-old influencer.

Mika Singh is facing criticism on social media for being in a video with 12-year-old influencer Riva Arora.

Riva is an influencer with over 8.3 million followers. She has also featured in a number of films, including URI: Surgical Strike.

However, the youngster has been the subject of backlash as some of her content features her dressed to make her look older than she actually is.

According to netizens, some of Riva’s pictures are also provocative, which people say is inappropriate for her age.

A video with Mika Singh has now caused controversy.

In the video, Riva is seen wearing a dress and massive heels while Mika sports an all-black attire.

The pair dance together and it has resulted in backlash.

Social media users blasted Mika for dancing with a 12-year-old in a music video.

Another wrote: “She is 12… Mika is 45… these people are promoting child sexual abuse.”

However, some came to Mika’s defence, pointing out that the singer appeared uncomfortable to be in the video with Riva.

“I also know Mika’s an ass but here you can tell he’s not grabbing onto her like he would a grown woman. His body language is off. I may be wrong.

“The whole concept of putting this child there is utterly disgusting though.”

Another agreed, saying: “I noticed this too. His hand is like an inch off her body after that initial touch. He also slides it away quite awkwardly and at least it looks like he is avoiding touching her.” 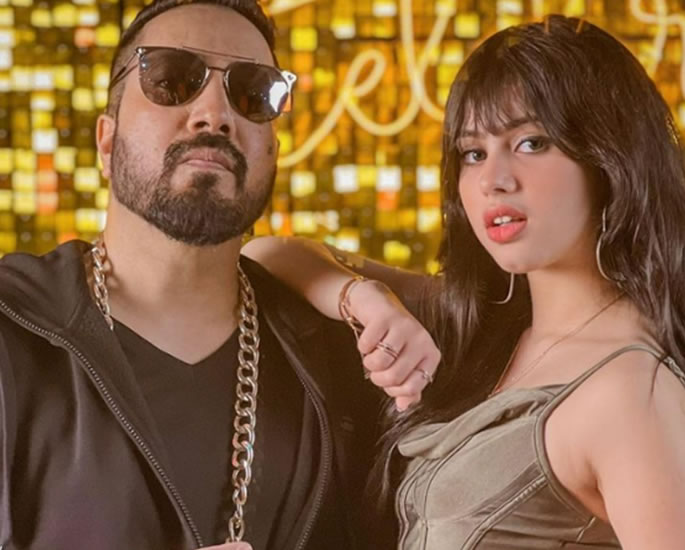 Netizens criticised Riva’s parents, accusing them of sexualising their daughter for fame.

One said: “You’re a beautiful young lady but your mother should really be ashamed of herself.

“Most of these commenters should be in jail if they’re calling children sexy. Be a kid as long as you can. This isn’t the way to do things.”

Another said: “You are very beautiful but still a child so you should enjoy your childhood rather than acting or dancing in songs like this.

“It is not appropriate for children under 16. You are an amazing actress and we are looking forward to you.”

A third comment read: “You’re a kid! I hate your parents for robbing your childhood like this.”

One person said: “She’s as old as my son, her parents should be ashamed of themselves for making a 12-year-old child dress up like a 20-year-old.”

“Ok. Wait! This is pathetic, in fact, all her posts are. At least let her turn 18. What are her parents doing?”

“Also, she is just grooving that’s not talent. Excuse me let her age first.”

Aiming a dig at Bollywood’s habit of casting young actresses opposite much older male stars, writing:

“Don’t be shocked if she will be the leading lady opposite Canada (Akshay) Kumar next year.”

Despite the controversy, Riva Arora also featured in a now-deleted Instagram Reel with Karan Kundrra.

The ‘relationship’ video shows Riva, in a dress and heels, on a date with Karan at a bar. Meanwhile, her boyfriend tries phoning her but she ignores him.

Dhiren is a journalism graduate with a passion for gaming, watching films and sports. He also enjoys cooking from time to time. His motto is to “Live life one day at a time.”
Man welcomes Friend at Heathrow Airport with Bhangra
Shehnaaz Gill dances with Guru Randhawa at Diwali Party