In a bold interview, Rakhi Sawant slams Tanushree Dutta’s claims of sexual harassment against Nana Patekar and says Dutta was on drugs at the time.

"She [Dutta] took dope, drugs. And for four hours was unconscious inside."

In a stark media interview, Rakhi has spoken vehemently against the Dutta and her stance that she was sexually harassed by veteran actor Patekar on the sets of Horn Ok Pleassss (2009).

Rahki was the substitute to take Dutta’s role for the dance item number Dutta refused to continue with, in the film.

The song she was to dance in was Nathani Uttaro.

She says ‘Masterji’, Ganesh Acharya, called her at home and said: “Come quickly I need you do do a song.”

She said when I quizzed him about clothes for the dance and so on he said: “There is no need to make clothes. You just come.”

“Shocked” by not requiring any clothes to be made, she then got a call from Nana Patekar saying: “Rahki, get over here and do this song”.

At that point, Sawant said: “I could not understand what was going on. Or what the problem was.”

However, because ‘Masterji’ called her with so much faith in her without even “any rehearsals”, she immediately went to the set.

Upon her arrival, she says there was a lot of “commotion” around the vanity van in which Tanushree Dutta had locked herself in. It was then explained to her by ‘Masterji’:

“The song was Tanushree Dutta’s, she did a few shots in costume. We have been requesting her for 4-5 hours to come out of her van. But now she’s not opening the door.”

Rakhi goes onto say that she knew Dutta and thought maybe she would answer her call despite the efforts of directors, producers and makeup artists. But she didn’t.

She said Daisy Shah, who was Acharya’s assistant at the time was the person who taught her the moves for the dance, also went 10 times to ask Dutta to open the door. But she refused.

Rakhi says when she questioned the makeup and hair artists what is going on, she says they said:

“Madame [Dutta] has been unconscious in the van for 3-4 hours.” 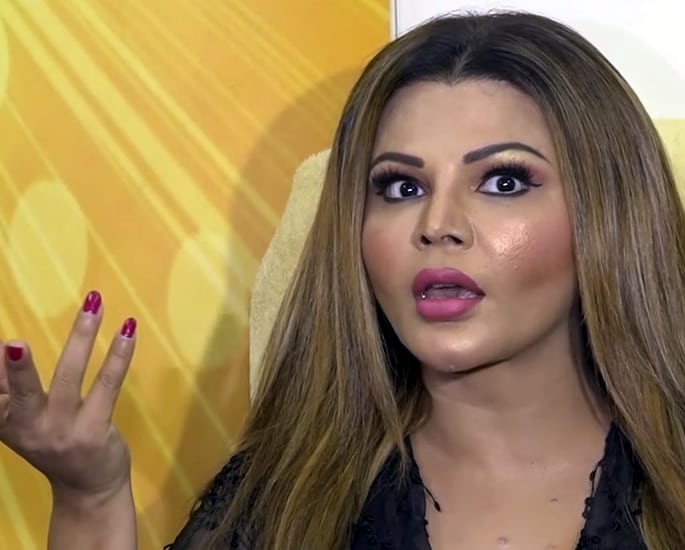 At this point, Rakhi Sawant boldly made a claim in her interview, saying she was not afraid of any ‘baap’ or ‘media’ to reveal what she was going to. She said:

“She [Dutta] took dope, drugs. And for four hours was unconscious inside.”

Explaining that ten years back she did not fully know what ‘dope’ was and how its effects, saying:

“Why after taking dope, she was unconscious and why she’s not opening the door, confused me. Why would an artist do this?”

Sawant says she knocked on the door too without any response.

She says Ganesh Acharya and Nana Patekar told her to “ignore the controversy around her and focus on doing the song”.

Regarding the song, Sawant said: “I did not like the song one bit. I’m telling you the truth.”

However, after seeing the emotions of the producer, the pressure and tension from ‘Masterji’ and Patekar, the set all ready for the shoot of the song, Sawant says: 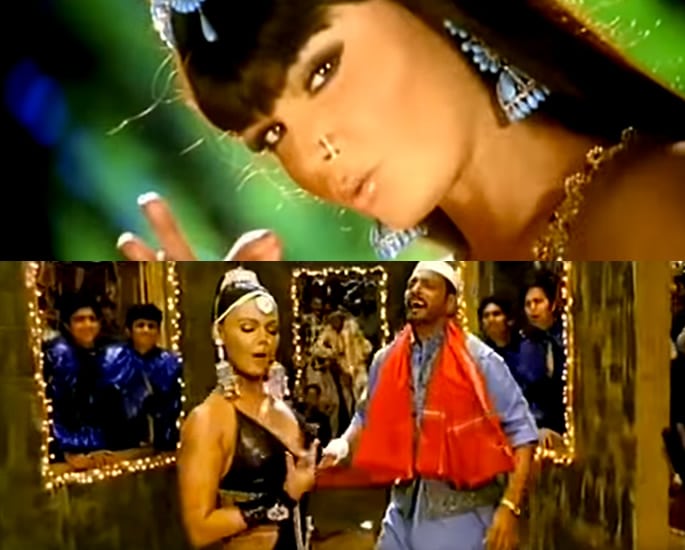 Sawant revealed that she was a member of the Cine and TV Artists’ Association (CINTAA) and Dutta sued her subsequently for doing the dance number, being a member too.

However, Rakhi says she got a letter from the producer of the film:

“The producer gave me a letter saying ‘Rakhi Sawant saved us’ by doing the song instead of Dutta.”

Then when asked if Tanushree Dutta is just creating a media storm over her controversy. Rakhi did not hold back, saying:

“This Tanushree Dutta. She is crazy, and a number one liar.”

“People accuse me of controversy. What is she doing? What do you think?

“You English orientated media. Does throwing a few words at media in English make it the truth?

“The person who speaks in Hindi is a liar? Anyone who cannot speak English has no respect here?

“Coming back from America, this crazy woman, who was high on dope, now giving interviews in English, accusing a senior actor like Nana Patekar, is being supported by media. Why?”

Rakhi stood by her statements in this interview saying it was a 100% truth. She is a witness of what took place on the set and still says she “did not like the song” but had to do it out of respect for ‘Masterji’, for Nana Patekar and to help the anguished producer.

Sawant then attacks Dutta again saying that when she visited America in 2017 herself, Dutta was staying with “Bindu” in New York and was high on drugs there too, had no kind of job and “kicked out of the country”.

Accusing of Dutta for staying silent for 10 years, she ferociously added:

“Where were you for 10 years? Tanushree Dutta, you are lying.”

“Falsely claiming Nana Patekar was intimate with you. Are you decorated with diamonds?”

“You don’t even have the right to utter his name out your mouth. Show some respect.”

Sawant tells Dutta if she wants to be in the film industry it is everyone’s and to stop using media to controversy for her own personal gains. 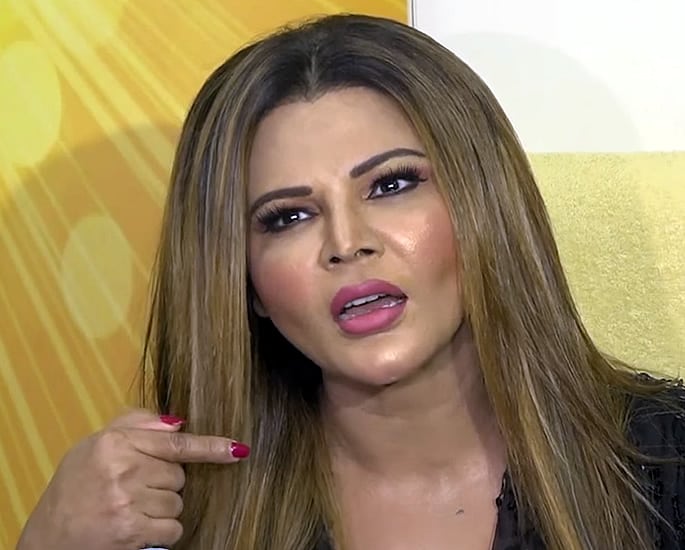 In view of doing the song itself with Nana Patekar, she said:

“He is a humble person. He did not even touch me. In fact, I am the one who told him to be comfortable as we are doing a dance number.

“His anger that you see, if only for the films. Personally, he is a humble person. He respects everyone around him.”

She said doing an item song you have to ‘act’ the role so yes there will be touching each other and intimacy will be on show for the camera. Because you cannot do the song if one is standing in “Pakistan” and the other in “India”.

Her support for Nana Patekar who has worked with so many heroines and Ganesh Acharya who has choreographed so many songs was extremely evident in her interview.

She even went to the extent of saying:

“I want Dutta to provide proof. If she can bring evidence and proof of what she claims happened, Rakhi Awant will leave India!”

Rakhi strongly fully feels that Dutta came after 10 years to India after losing everything to create a controversy to just get the media’s attention.

In her very animated way, Rakhi Sawant has definitely added her version into the accusations of sexual harassment made by Tanushree Dutta against Nana Patekar. 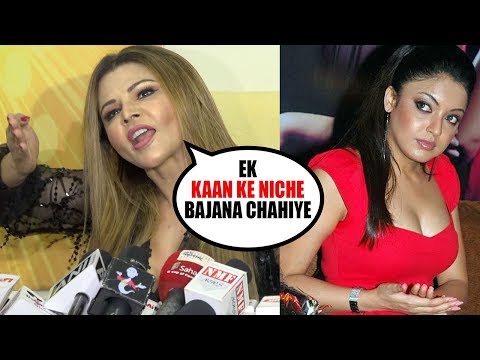 Amit enjoys creative challenges and uses writing as a tool for revelation. He has major interest in news, current affairs, trends and cinema. He likes the quote: "Nothing in fine print is ever good news."
Meet Jasmine and Kurran from The Apprentice 2018
Shraddha Kapoor resembles Saina Nehwal for Biopic