Bollywood actress Shraddha Kapoor has revealed the first look of her forthcoming biopic on Saina Nehwal.

The very dashing, Shraddha shared an image of herself on social media site Instagram, where she looks a spitting image of the Badminton star from Hyderabad India.

Going by her identical appearance to Saina, fans of Shraddha can expect it to be another good film.

For this role, Shraddha and the film team have specifically concentrated on getting her to look right.

In the picture posted out by Shraddha, captioned with #SAINA, she is wearing a red T-shirt with black shorts on a badminton court. These colours are what Saina normally wears during her matches.

It is interesting that she only chose to write one word with the image.

The image perfectly depicts the style of Saina, expressively rejoicing victory on the court. 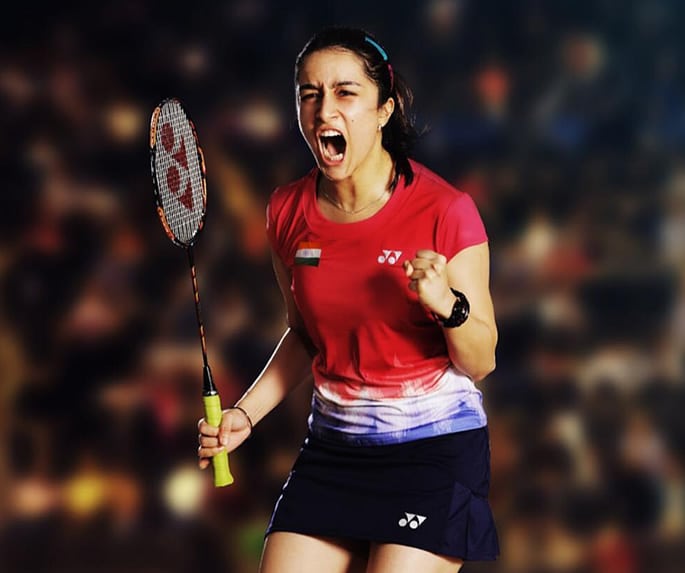 Whilst commenting on the resemblance and spirit of the actress with the badminton ace, a fan tweeted saying:

The film directed by Amole Gupte has been subject to several delays. Under the guidance of professional coach Pullela Gopichand, Shraddha has trained for the film.

In between, Shraddha also spent time with Saina, trying to learn more about her personality.

Shraddha also caught up with Saina’s parents in 2017, before she met them again a few days ago. Speaking of her rendezvous with her parents, she told:

“Saina’s parents gave lots of love to me and they treated me like a family when I visited their home, so, it felt really nice to see them here.”

Speculation is rife that Saina may also play a cameo in the film. Talking of this Saina says:

“It is all work in progress so you never know.”

It’s always a challenge for an actor to work on a biopic. But no doubt the talented Shraddha will do justice to this role.

The film will showcase Saina’s career, journey, achievements and so much more. It is not yet known if her proposed marriage to fellow badminton player Parupalli Kashyap will be featured in the film or not.

The film began shooting from 22 September 2018. The shooting is expected to end in 2019, with the film releasing also in the same year.

After doing the hit film Stree (2018), the biopic on Saina Nehwal could work further wonders for Shraddha Kapoor.