Poonam Pandey once again caught everyone’s attention with her sexy avatar as she flaunted her curves in a black, barely-there bikini.

“Body and face, Poonam Pandey has it all.”

Poonam Pandey is undeniably one of the most controversial celebrities in the entertainment industry.

She is bold, beautiful, and carefree, which are a few of her qualities that resonate well with her massive fanbase across India.

In a recent turn of events, Poonam decided to set the internet ablaze with a bunch of pictures in a tiny bikini set and her followers can barely get over how fit and beautiful she is.

Poonam Pandey was snapped in various poses as she stood and expertly posed for the camera.

Whilst flaunting her assets, Poonam Pandey showed off her bikini and toned body. 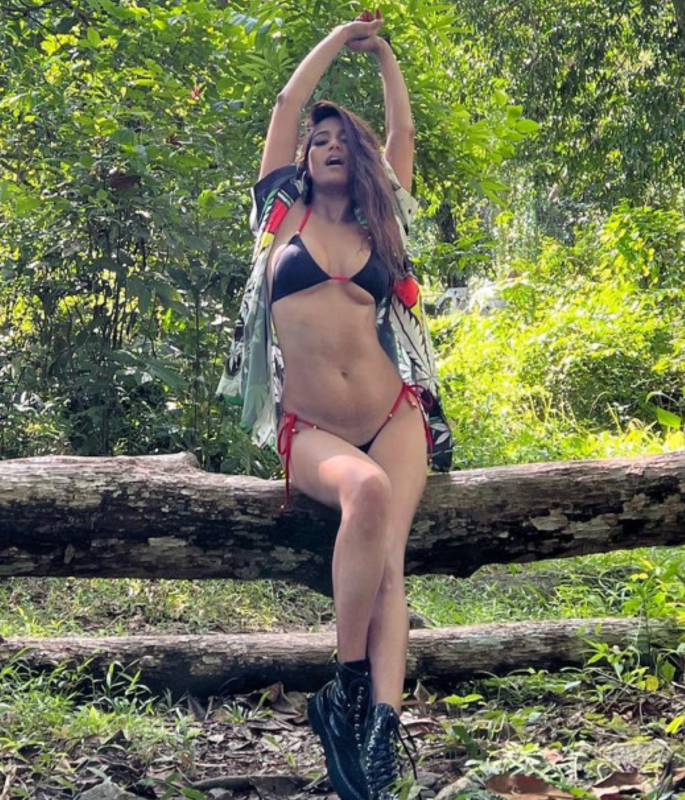 For the unversed, Poonam was previously a contestant on the first ever season of Lock Upp and her work in the web reality show was heavily appreciated by the audience.

Her authenticity clicked well with the fans and most of them wanted her to win at the end of the show.

Her struggles with her abusive ex-husband Sam Bombay were also highlighted and viewers couldn’t help but salute her courage and high spirits. 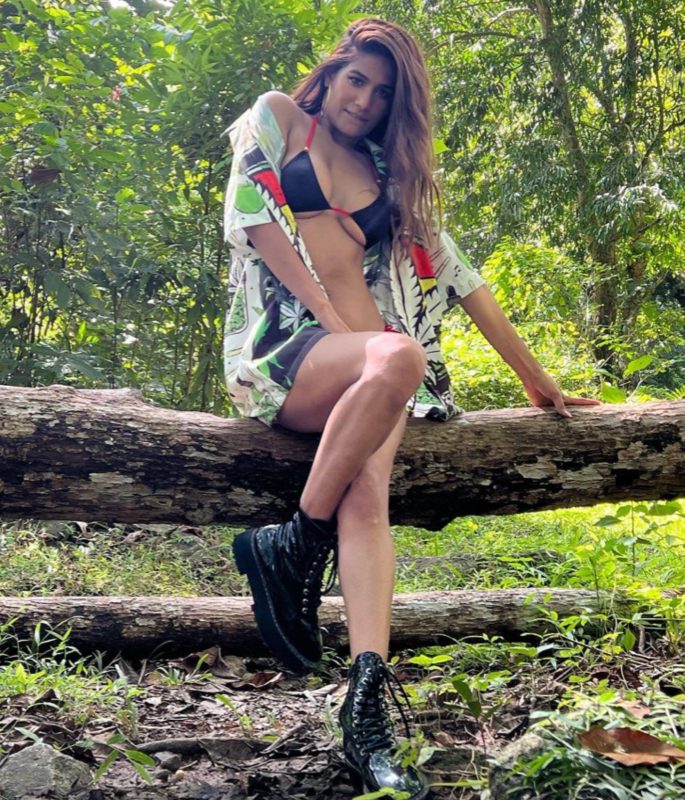 In a recent turn of events, Poonam Pandey decided to share a series of pictures from the ‘jungle’ and it has left the internet mesmerised.

She wore a black bikini set which accentuated her curves effortlessly. Her bikini top had shades of red and had a knot around the neck.

The bikini bottoms that Poonam Pandey wore, had knotted strings on both sides. 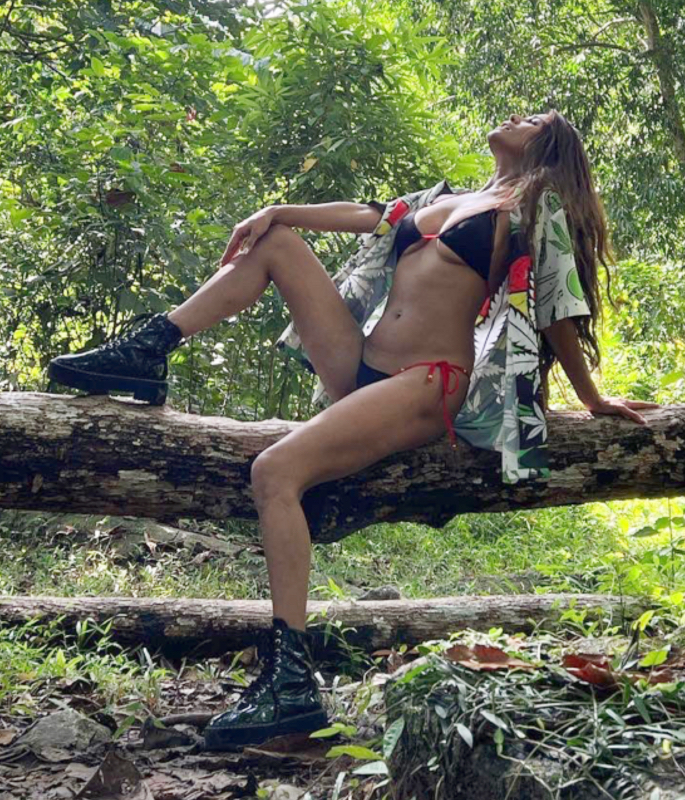 Poonam layered the barely-there bikini with a loose shirt-dress. The shirt featured a cannabis Sativa motif and had shades of red, yellow and green.

She almost went makeup-less with the look, opting for light smoky eyes to add on to the sexiness.

To finish off the look, Poonam completed her outfit with a pair of shiny black boots that resembled Dr Martens.

In the comments section of the post, fans could not stop raving about her look.

One fan wrote: “You are so unbelievably sexy!”

Another added: “Body and face, Poonam Pandey has it all.”

Lock Upp, produced by Ekta Kapoor, pitted 20 contestants against each other in a jail-like setting.

Ravinder is a Journalism BA graduate. She has a strong passion for all things fashion, beauty, and lifestyle. She also likes to watch films, read books and travel.
Mia Khalifa wows Fans with Scorching Bikini Pictures
Mia Khalifa Bikini Looks that are Sizzling Hot