Poonam Pandey turns up the heat in Strappy Bikini

Poonam Pandey, who is currently vacationing in Phuket, raised temperatures as she posed in a multi-coloured, strappy bikini on the beach.

"Poonam, don't be so shameless."

You can always rely on Poonam Pandey to easily pull off even the most daring outfit.

In her latest sexy look, the reality television star and glamourous model wore a multi-coloured strappy bikini during a holiday in Phuket.

Poonam Pandey was snapped in various poses as she stood and expertly posed for the camera.

Whilst flaunting her assets, Poonam showed off her bikini and toned body.

The bikini featured thick stripes in colours such as pink and purple. The bikini bottom matched the bralette. 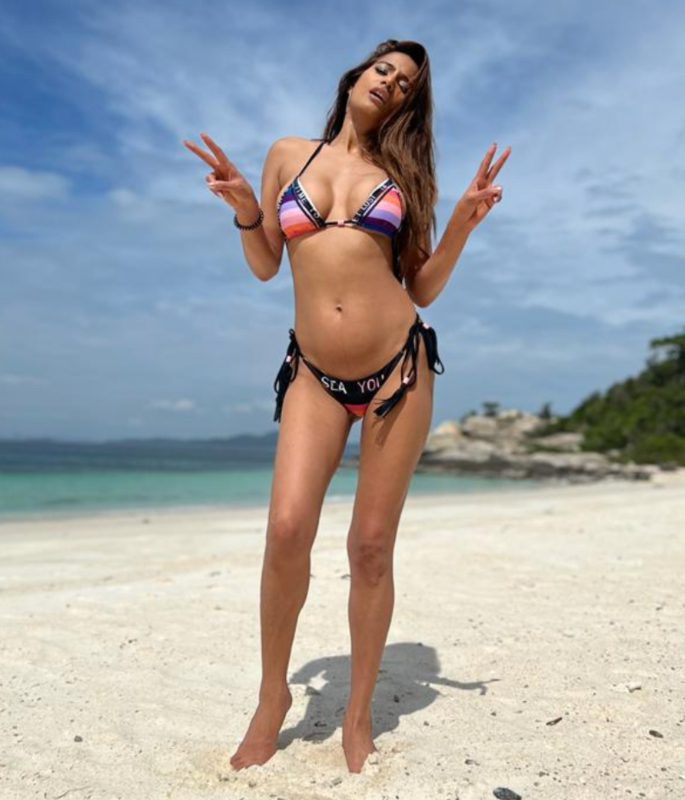 Poonam styled the outfit with minimal accessories and wore her hair in her signature slightly dishevelled wavy look.

Known for always setting the temperature soaring on social media with her stunning pictures and videos, the controversial queen also recently stepped out in Mumbai in a bold avatar.

Grabbing attention for going braless, Poonam got papped up in a white-coloured tube bikini top paired with trendy trousers. 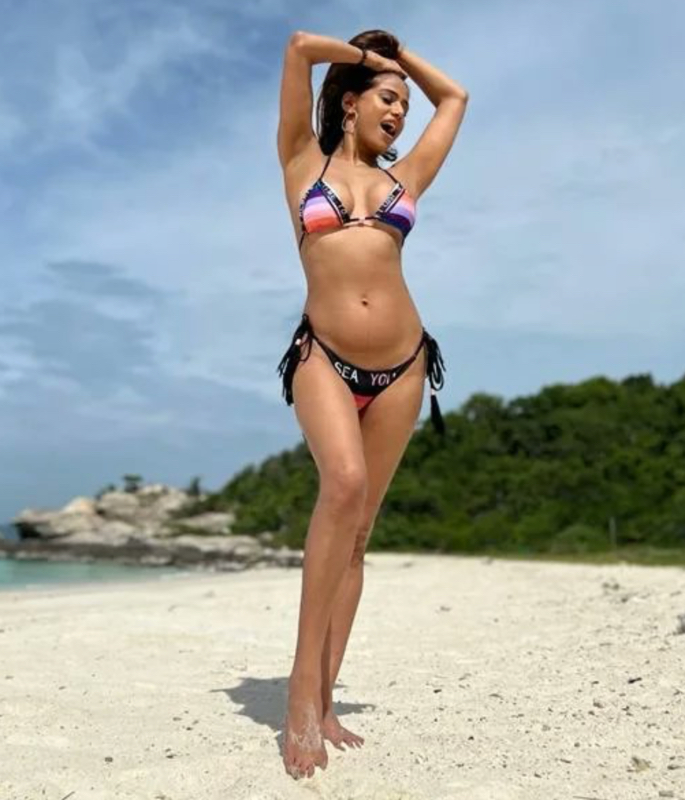 No doubt, the actress looked fabulous in her glammed-up look, which was enough to turn up the heat.

However, some netizens were left unimpressed by her outfit and started trolling her.

While one wrote, “Poonam, don’t be so shameless”, another commented, “this girl is making dirt in our Indian culture how shameful.”

During her time on the show, she promised to go topless. She fulfilled the promise, but not in the way many expected.

Poonam stood in the main communal area and ensured that none of her inmates was around. 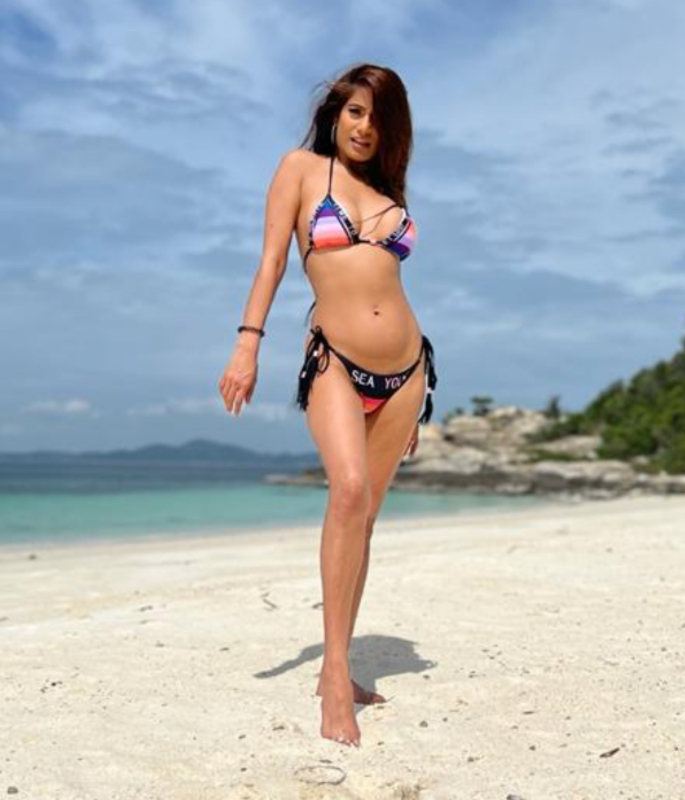 She then lifted her top and removed it, but it was not what some viewers expected as Poonam was wearing a bra underneath.

As Poonam is known for posting nude pictures and videos, many viewers believed she would go fully topless on Lock Upp.

Poonam Pandey later stated that she fulfilled her promise and clarified why she did not go fully topless. Addressing the camera, she said:

“I kept my promise of removing the T-shirt but I can’t break the rules.”

“This is a very beautiful platform and is watched by different age groups and I don’t want to do something which can make people unhappy.

“I wanted to fulfil the promise, but at the same time, I didn’t want to cross my limits. I kept that in mind.”

Lock Upp, produced by Ekta Kapoor, pitted 20 contestants against each other in a jail-like setting.