Mia Khalifa continues to wow her fans whilst on holiday, this time showcasing her curves in various bikinis.

"My glow? It’s from perennial sunning."

The former adult film star has been holidaying all over the world, visiting the likes of London, Ibiza and Bangkok.

She has since returned to the United States but seems to still be in vacation mode as she lounged around in a bikini.

Mia wore a brown bikini with a matching knitted mesh dress over it, accentuating her figure.

She paired the outfit with a white hat and sunglasses. 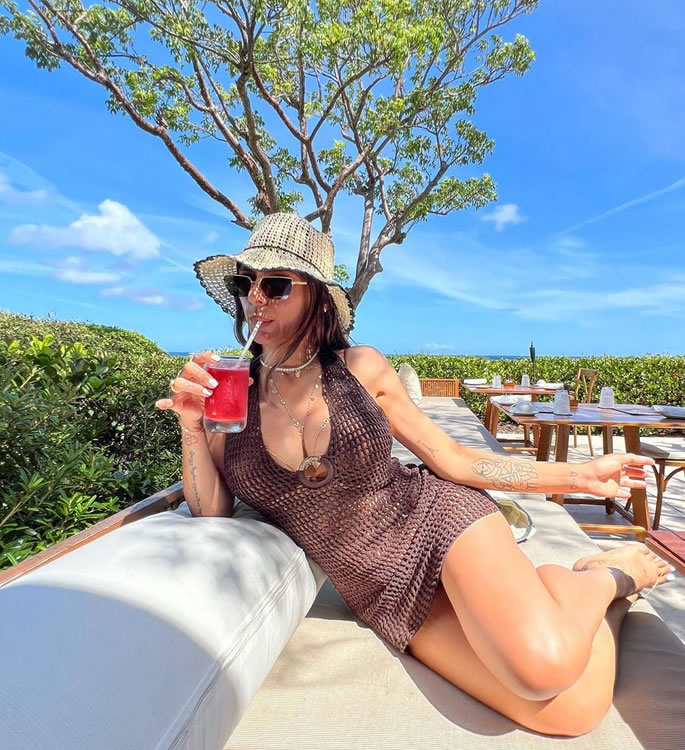 Mia was seen sipping on a cocktail while another picture highlighted her confidence as it was a cheeky image of her cleavage and gold body chain.

Mia later took off the mini dress, displaying her curves as she enjoyed the Florida sun. 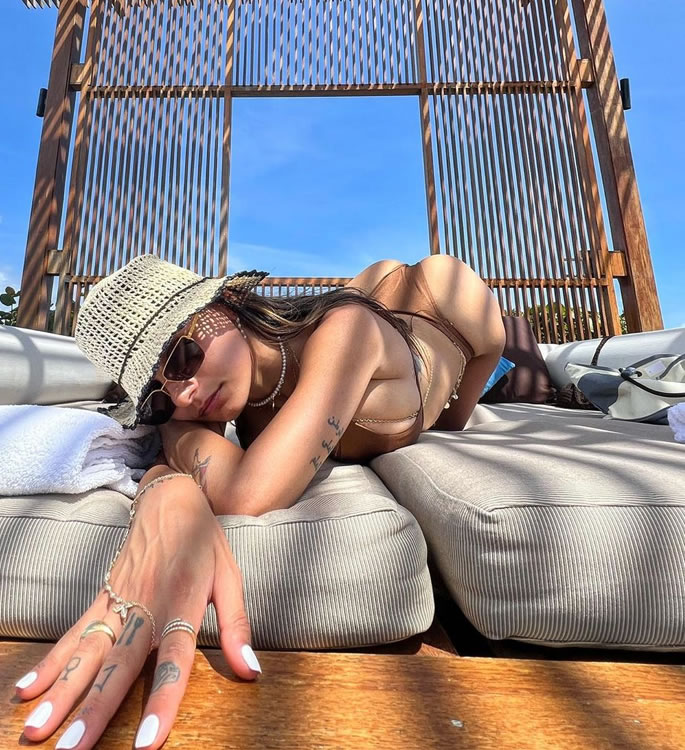 In a few of the pictures, Mia rested on her elbows and knees, boldly showing off her derriere.

She captioned the post: “My glow? It’s from perennial sunning.”

Her 27.8 million fans loved the pictures and many took to the comments to post fire and heart emojis.

Mia Khalifa previously raised temperatures in a Playboy photoshoot in which she displayed her voluptuous assets in a red bikini. 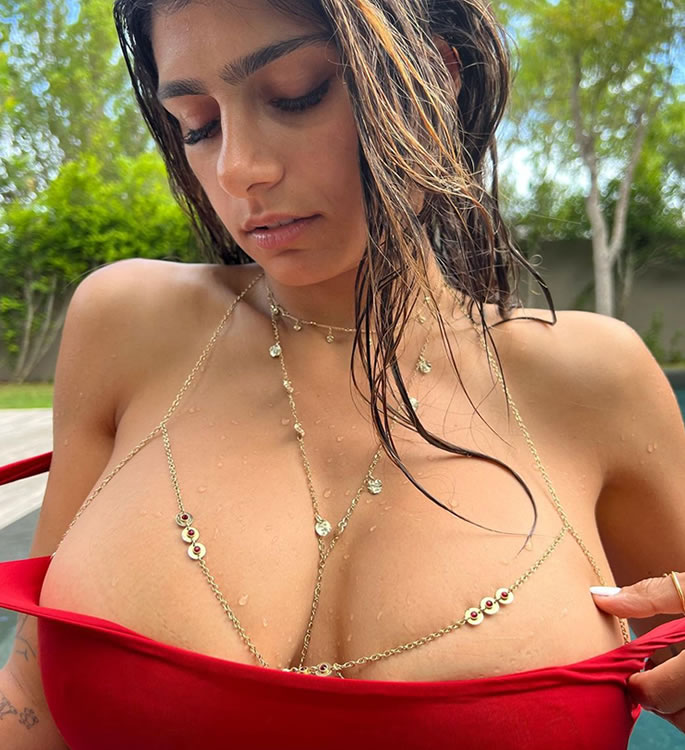 She also slipped into a figure-hugging dress as she enjoyed a drink which she was seen later spilling in a lighthearted video.

Wearing the same dress in another, Mia took advantage of the villa’s full-length mirror and posed for a selfie, displaying her bronzed glow.

The alluring pictures garnered over 1.7 million likes and even prompted Playboy to express their appreciation, calling Mia “an icon”. 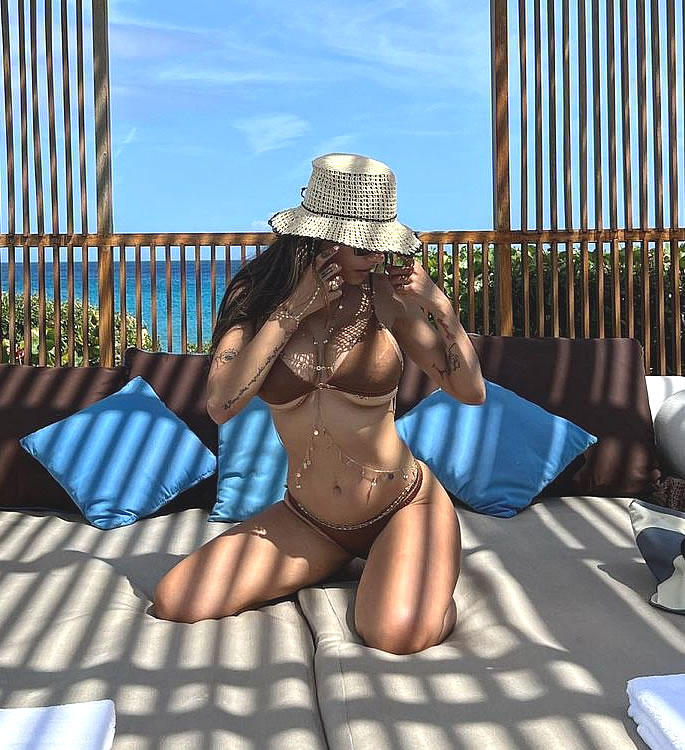 In addition to posting sensual pictures, Mia Khalifa is known for voicing her opinion.

She previously revealed that she makes around £8,400 a day from OnlyFans. 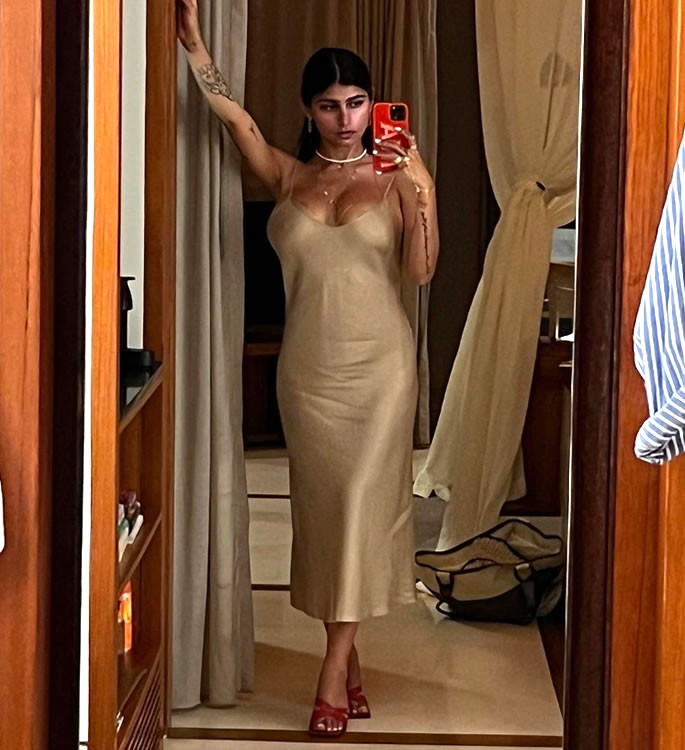 In response to a tweet appearing to glorify sex work, Mia said:

“If you think you should be encouraging 18-year-olds to enter the sex work industry, then I have news for you… you’re not an activist for sex work, you’re a groomer and a predator.”

The user wrote: “Sex work is work. Work w[ith] a big imprint too.” 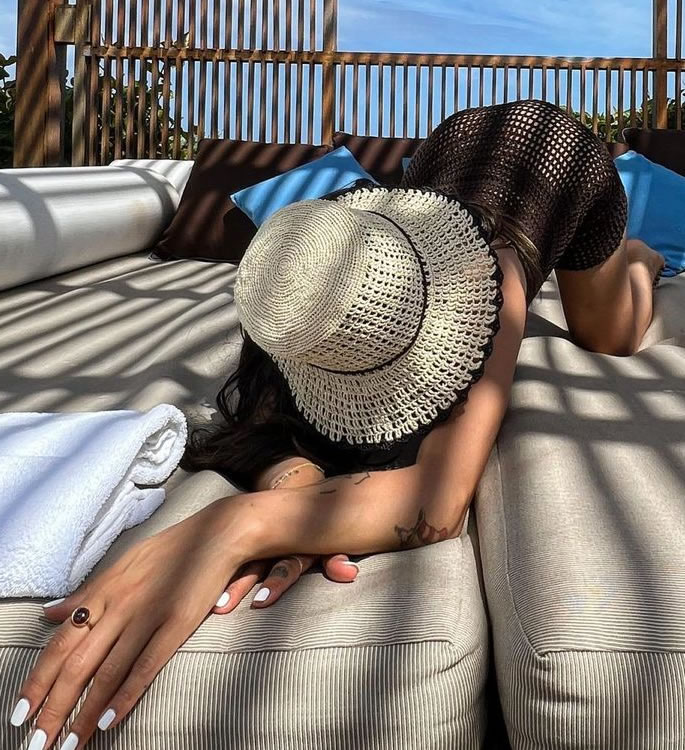 Mia quote-tweeted and branded the user a “groomer”.

She later added: “It’s so dangerous to simply say sex work is empowering.

“Because I would never say that to an 18-year-old who’s digital footprint hasn’t been tainted by mistakes yet.”

Dhiren is a journalism graduate with a passion for gaming, watching films and sports. He also enjoys cooking from time to time. His motto is to “Live life one day at a time.”
Poonam Pandey turns up the heat in Strappy Bikini
Poonam Pandey flaunts her Curves in barely-there Bikini