Aishwarya Rai is at it again, giving us another scorching hot magazine cover for the October edition of Filmfare, and we cannot contain ourselves!

If you haven’t seen Aishwarya Rai on the latest cover of Filmfare magazine, you may want to take a seat.

The October issue name Ash as ‘Forever Beautiful’, which is the biggest understatement ever.

In an up close and personal photoshoot, the former Miss World queen sends temperatures scorching with her sultry poses.

Opting for tousled hair, paired with soft, nude makeup, Ash shines like the true natural star that she is. 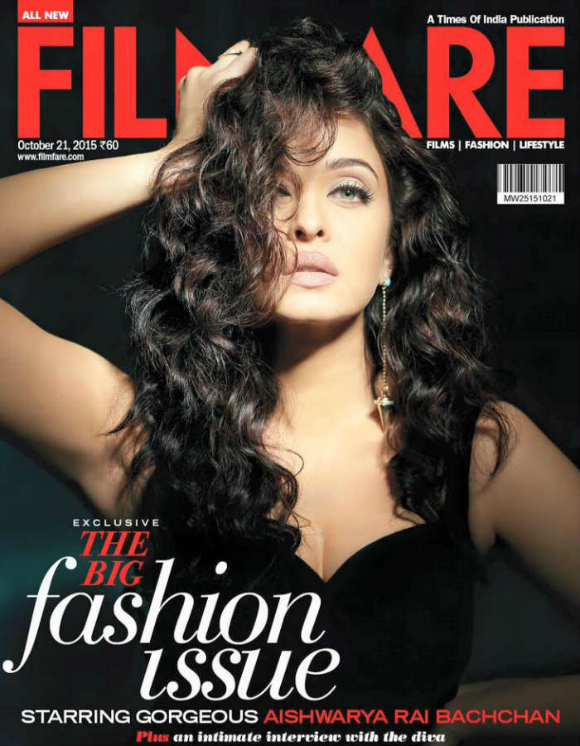 We have no doubt that the magazine will fly of the shelves considering how gorgeous the mother of one looks.

It’s non-stop for Ash at the moment, who is currently busy promoting her upcoming film, Jazbaa (2015).

Part of her promotion spree will see the actress star as a guest on Kapil Sharma’s show, Comedy Nights with Kapil.

She was also spotted at Mithibai College of Mumbai recently, where she addressed students about her film role.

Ash expressed how she had learnt a lot about the law profession whilst filming, which allowed her to express her character more accurately.

Rumour has it that the 41 year old actress will also be lending her vocal skills for the highly anticipated movie.

The Bollywood grapevine suggests that Ash will sing ‘Bandeeya’ in the movie, which is set to be released on 9th October, 2015.

If true, we are certain that this comeback flick will propel the B-Town beauty back into the limelight.

But with star’s such as Priyanka Chopra, who is excelling in America with her role in the US drama, Quantico, will Ash keep her Queen of Bollywood title? 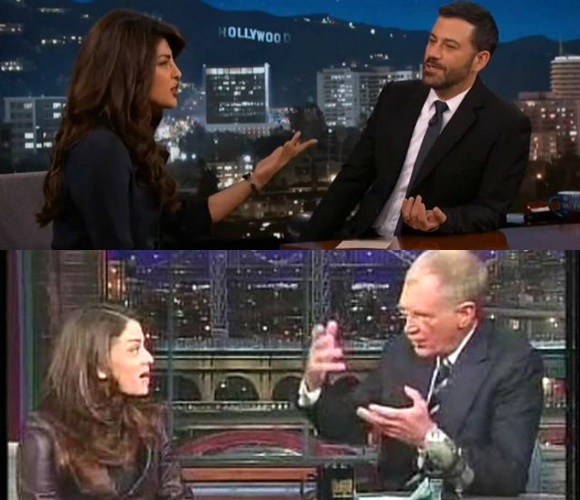 Priyanka fans recently went so far to say that her appearance on Jimmy Kimmel Live was a better television outing than what Aishwarya had on the David Letterman show.

Whilst the two Bollywood babes take on their biggest projects to date, we have no doubt that Ash will remain on top of her game!