Another day, another gorgeous magazine cover from the beautiful Aishwarya Rai. This time, Ash is the face of HELLO! India’s 100 Most Beautiful edition.

"My values are proper and middle class. And I am proud of them."

Dressed in an ethereal off-the-shoulder design by Abu Jani and Sandeep Khosla, Ash looks an image of pure beauty as she poses delicately behind her avatar.

And as if that isn’t enough, the inside spread of the August issue is just as enticing! 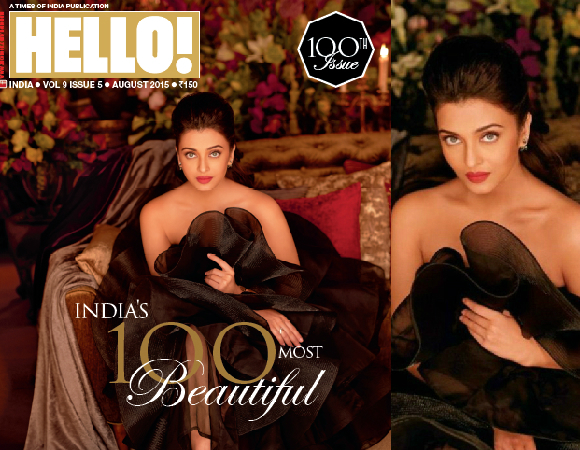 With lace embroidering on the bustier and sheer red waterfall detailing on the lower body, Ash completes her look with diamond earrings by Diacolor.

The shot is quoted with ‘My values are proper and middle class. And I am proud of them’. 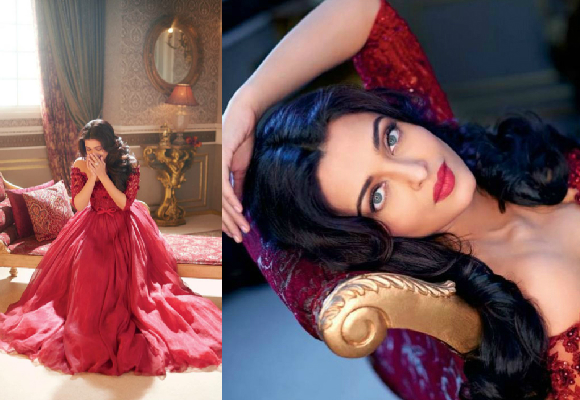 Her final look has an elegantly natural theme, where the star wears a beautiful Rami Al Ali couture gown, with neutral make-up and tousled hair to match.

She has definitely earned her title as the most beautiful woman with her recent covers, and given her fans exactly what they want. 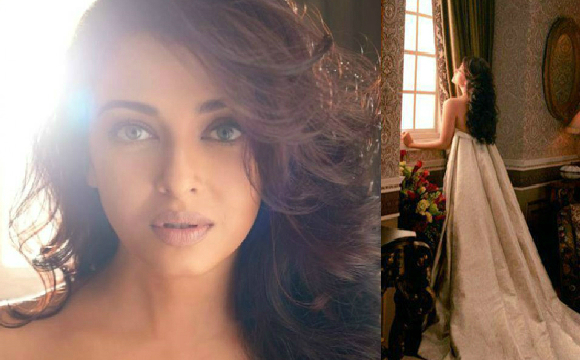 HELLO! India celebrates its 100th edition with ‘India’s 100 Most Beautiful’ list. We suspect the gorgeous Ash should rank very highly as the cover girl.

Aishwarya will mark her highly-anticipated return to the big screen with Irrfan Khan and Jackie Shroff in Jazbaa (2015).