Aishwarya Rai Bachchan takes over the June 2016 edition of Filmfare magazine in a figure-hugging floral dress and more stunning pieces!

"To be willing to play someone in their 60s is to be fearless."

She wears a white figure-hugging floral dress complete with a statement bow – a signature design by Bambah Boutique based in Dubai.

Positioning her dreamy curls perfectly on her garment, the 42-year-old actress exudes femininity and evergreen beauty like a true goddess.

The Sarbjit (2016) star sure knows how to satiate our fashion palette and dazzles in another Bambah Boutique number for the photoshoot. 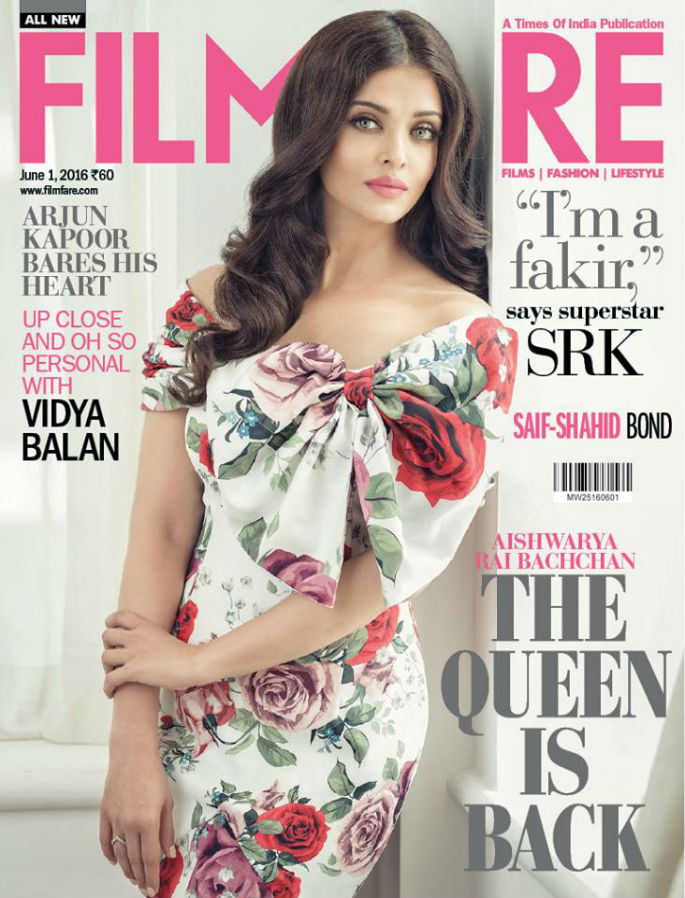 The light emerald green high-waisted dress shows off her plunging neckline, while her clean makeup look adds a youthful touch to her royal elegance.

Holding a white rose in her hand, Ash has once again enchanted us with her unreal good looks and given us a magazine cover to remember!

She talks to Filmfare about her new film and spills the beans on the one thing that we have all been thinking about since her first look in the film was revealed. Why abandon the glamorous look that we have come to love about her? 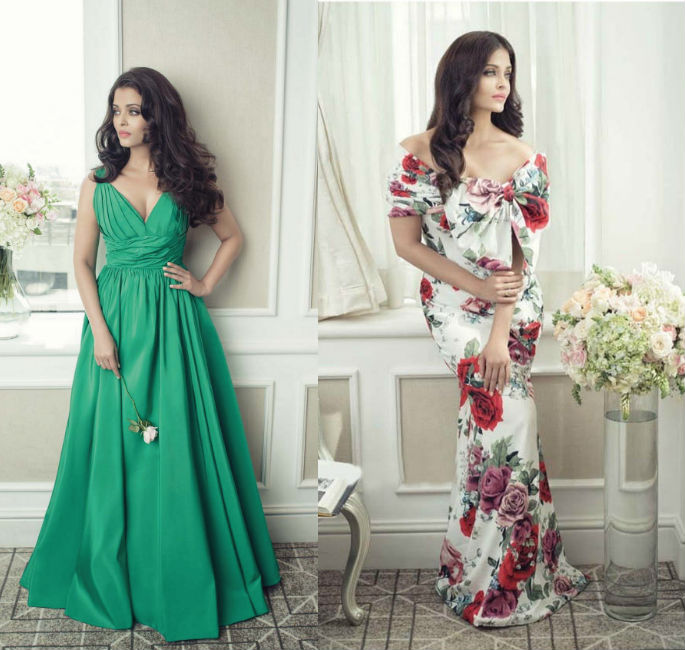 She explains: “Because it’s never been only about the superficial. I hope I made that obvious with the choices I made right from the start. My first film, Mani Ratnam’s Iruvar wasn’t about glamour.

“Omung [Kumar] came to me with this subject. I said yes in five minutes because I was well-versed with Sarbjit’s story. The script throws light on the subject largely from [Dalbir Kaur’s] perspective.

“While there’s been media reportage, somehow the human story is left to people’s perceptions.

“I felt here was a story that could awaken people’s sensitivities. I wanted to be part of that narrative.

“It’s a departure for me to be playing Dalbir. To be willing to play someone in their 60s is to be fearless. As an actor, this underlines my attitude, my secure perspective. This story had to be told.” 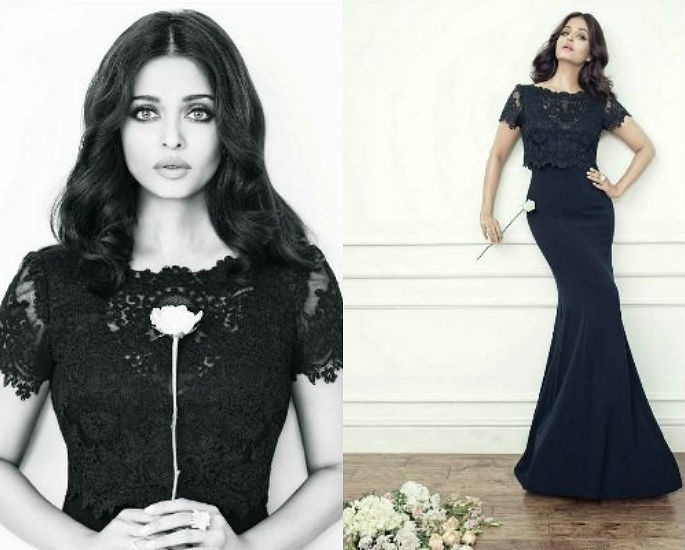 Rest assured, Ash will be returning to her usual beautiful self soon enough in her upcoming film Ae Dil Hai Mushkli, where she will reportedly share an intimate scene with Ranbir Kapoor!

An industry source says: “The scene has been shot in a very aesthetic manner. It has Ash and Ranbir eating chocolate off each other.”

Now we really cannot wait to see the Karan Johar directorial when it comes out on October 28, 2016!