“I got mamma obsessed with the #flowercrownfilter too.”

The Snapchat flower crown filter has become a worldwide fashionable craze. It is a top used filter among the ladies (and some guys), to turn them into a festival-inspired flower princess.

From kids to celebrities, the fashion runway, and even animals, everyone is addicted to having their selfies with a flower headband, fitted perfectly around the head.

Unlike Adobe Photoshop, where after taking a photo you retouch and edit, the flower crown filter is immediate. The crown appears on the screen while you are taking the selfie.

The users can tilt their head around to find the perfect angle, and then snap!

It is increasingly popular amongst celebrities. From Bollywood stars, Anushka Sharma and Shraddha Kapoor, to Punjabi actresses, Neeru Bajwa and Mandy Takhar, have also become the queens!

Flower crown filter is also on trend for models and presenters. DJ Noreen Khan even placed a ‘filter vote’ on her Instagram account:

“Filter vote: which #snapchat filter do you prefer using? Guys, you are welcome to vote too because we know you secretly use them too!” 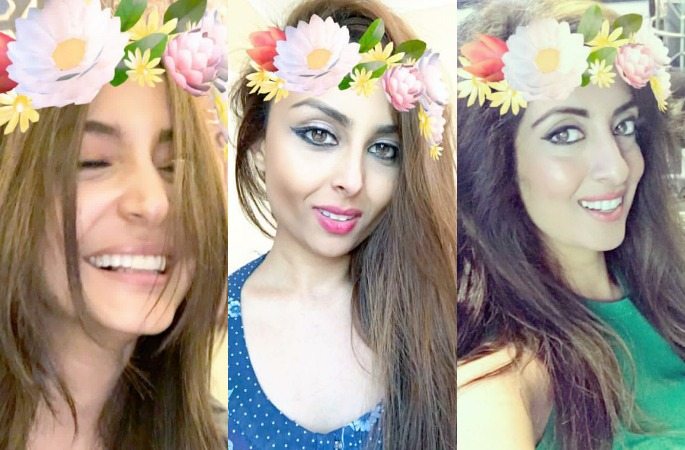 The crown does not only fit on human heads but, has also been applied to animals!

Kirsteen, a user of Twitter, took it a step further, snapping a picture of her furry canine sporting a flower crown: “My dog rocks the flower crown filter on Snapchat better than some people tbh.”

DESIblitz spoke to some flower crown filter users and the opinions were:

“My three children, aged between 3-6 years old, go on it, they do my head in. But when they get the chance to try, they try using all the filters. They are not addicted to just the one,” says an Asian mother.

A University student says: “It makes ugly people look pretty. It’s selfie obsessed people who love it. Look how it makes you look better. That’s why girls love using it.”

Nevertheless, they are not the only users. Research by eMarketer, a digital media company, shows that Snapchat has become increasingly fashionable among the older generations, between the ages of 25-34, and also raising between ages 35-44.

The filter has also attracted parents, and they seem to be becoming more comfortable with using Snapchat.

And that is why Akasa Singh, an Instagram user says: “I got mamma obsessed with the #flowercrownfilter too.”

The flower crown filter has a range of other features. You don’t need makeup. Instead, the filter enhances your natural beauty. It brightens the skin and narrows the face, to make features appear slimmer and fine-looking.

Moreover, at the runway of the Desigual New York Fashion Week 2016, the flower crown and other Snapchat filters came to life. The crown was recreated using paper craft and makeup. The filter is clearly taking over all platforms! 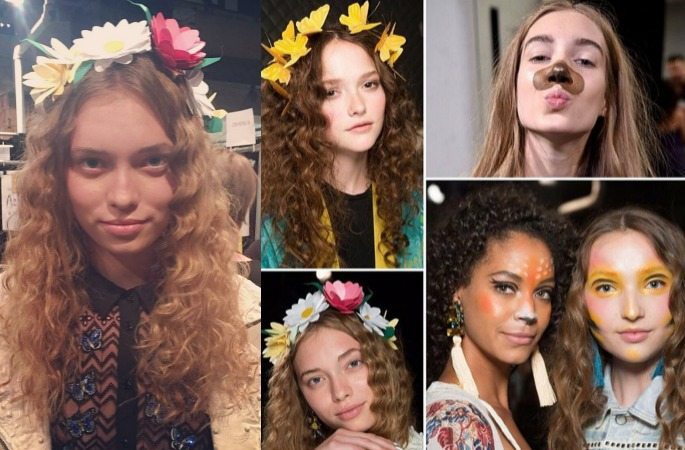 On the other hand, the crown filter has been heavily criticised on social media, for lightening the skin tone. The filter places a light haze over the selfie, erasing blemishes and freckles.

It has been labelled as a ‘skin whitening’ and ‘beautifying’ feature. Many Snapchat users have felt humiliated and have taken to Twitter to express their feelings.

Ciara comments: “The beautifying Snapchat filter is bad for my mental health. Makes me look like an alien & I still prefer it to my actual face.”

Another user, Skye adds: “Snapchats ‘beautifying’ filter takes away most of my freckles. Off @Snapchat I love my freckles.”

However, Trish expresses on Twitter that: “@Snapchat can we please have the flower crown filter without the skin lightening?”

So while the flower crown aspect of the filter seems to be greatly admired, many would prefer it without its other skin changing features.

Regardless of whether you’re photogenic, from humans to animals and the fashion runway, the flower crown filter will brighten and transform your selfies, without any imperfections or defects, just perfect!