Singer-model-actress Pooja Misrra teases with her sexy back on the August cover of Filmfare magazine. Find out what the reality TV star has been up to!

Pooja filed an FIR against Sonakshi Sinha and four others in April 2015.

The model-actress and Big Boss 5 contestant poses topless in a beautiful red and gold embroidered dress.

Opting for a classy hair updo, Pooja showcases her silky smooth and sexy back in full glory.

The life of the TV star is not short of controversy. She sued Colors channel in February 2015 for plagiarising her cookery show.

Pooja also filed an FIR against Sonakshi Sinha and four others in April 2015 for conspiring to harass her in a hotel in Udaipur.

But she is determined to leave all that behind and come out stronger. 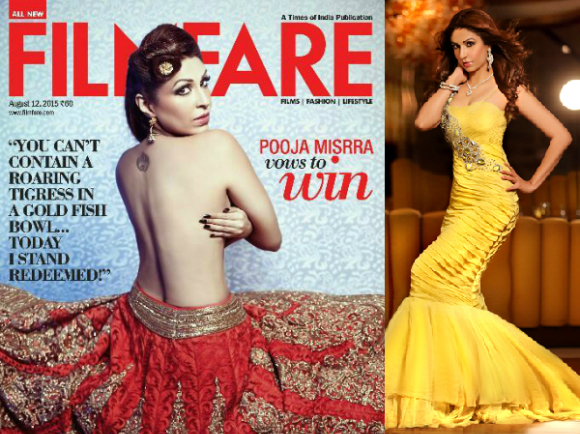 Her quote reads: “You can’t contain a roaring tigress in a gold fish bowl…today I stand redeemed!”

And that’s not all you can expect from her spotlight interview! Pooja opens up about ‘the dark side of showbiz’ and her encounters with stalkers and trollers.

With a long list of skills on her resume (dancing, producing, modelling and writing), she definitely has many fascinating stories to share.

Not many know the FHM cover girl is also a tarot card reader and has been predicting the future since a teenager. 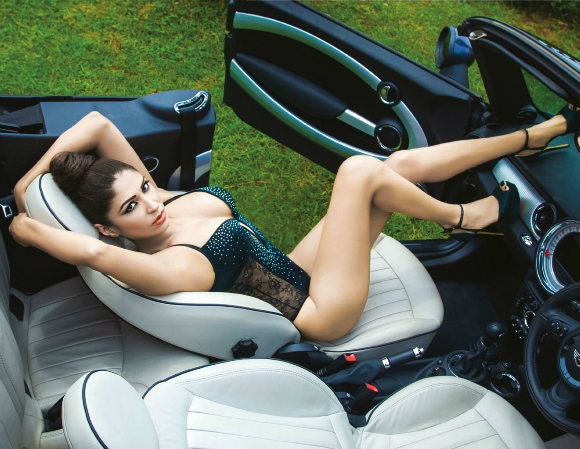 She says she has solved ‘a lot of family and friends issues’ and so turned her hobby into ‘a respectable professional consultation services under the name of PM Heals’.

She is also busy shooting a new TV show. Details are being kept secret for now, but it looks every bit glamorous from her Twitter updates.

With my crew ….phew! Shooting all day! #comingsoon #watchthisspace pic.twitter.com/Wl3iwB7XJS

We cannot wait to see what the multi-talented Pooja will come up with next!