Punjabi singer Miss Pooja is back with her third film, Pooja Kiven Aa. A laugh-out-loud slapstick comedy that is certain to put a smile on your faces. Directed by newcomer, Nidhi Sharma, this Punjabi film is one that you wouldn’t want to miss.

“It’s due to singing that I have everything, including the movie offers."

Miss Pooja is a versatile and talented artist, already having made herself a name in the Bhangra music industry both in the UK and overseas.

The movie, released in March 2013, sees Miss Pooja take on a new role as the lead heroine. She plays an NRI, also named Pooja, who has returned to India from the UK to sell her property in Mumbai. She encounters three guys, Bhinder, Deep and Jeet who have come to Mumbai in search of the Indian dream.

Pooja employs them at her bungalow as a cook, trainer and cleaner. On realising her wealth, the three guys start competing for her affections. B.N. Sharma also stars as Pooja’s uncle and attempts to cheat her out of her property.

This is Miss Pooja’s third outing into Punjabi cinema, her last two films being Punjaban and Channa Sachi Muchi, which both struggled at the box office. However, it is clear that this pop star is beginning to get the knack of performing on film, as well as on stage.

“I play the heroine. She’s a very sweet bubbly character. She is filled with happiness. She respects her father a lot. Her character is such that she wants to do something for him.” 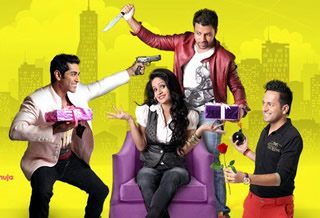 Comedies are a popular genre in the Punjabi film industry, and Pooja Kiven Aa doesn’t disappoint. Speaking about taking on the comedy genre, Miss Pooja says: “It’s not too difficult to attempt, if you have the right script and guidance.”

But Miss Pooja is lucky that this time around, the script, songs and even character name have been tailored perfectly for her. She is adamant that this film will tick all the right boxes for audiences.

But she understands the struggle ahead. Speaking about how her first two films fared, Miss Pooja says:

“When those movies released, it was not the peak time of Punjabi cinema. At times production and at times promotion, if anything is lacking, it’s difficult for a movie to do well.” 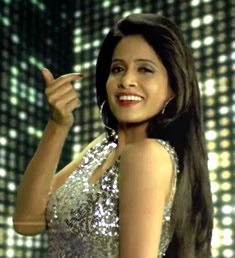 Miss Pooja has already proved her worth in the entertainment business, being the most successful Punjabi singer of the last decade. She is well known for her collaborations with notable bhangra artists. Her first solo album Romantic Jatt (2009) won Best International Album at the UK Asian Music Awards.

The film’s music is composed by Sachin Ahuia. It features eight new Punjabi tracks with Miss Pooja lending her vocals to a number of them including the title track, ‘Pooja Kiven Aa’:

“I’ve been training to sing since childhood, so it was always my passion. I continue that passion in films too, with all the songs. Some are mine, and some have been sung by other great singers like Mika ji, Saleem ji, Jelly ji. There are some really amazing tracks made.”

Miss Pooja openly admits that singing was what she was born to do: “It’s due to singing that I have everything, including the movie offers and all the adulation of fans.” 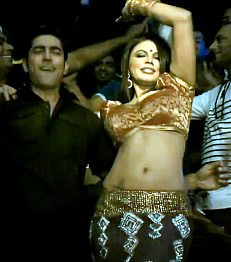 And audiences have even more masti to look forward to, in the form of an item song performed by none other than the Bollywood sex-bomb Rakhi Sawant. This is a first for Punjabi cinema; featuring an item song by a famous Bollywood babe. For Miss Pooja and new director Nidhi Sharma, it is long over-due:

“Punjabi cinema is as it is breaking so many barriers and if an item song fits in the script, why not? It’s not a concept restricted to national cinema,” says Nidhi Sharma.

This is Nidhi’s first outing as a director, and for the most part, she does a decent job. She is the youngest female director in Punjabi cinema, a huge accolade in itself and she has a lot to prove.

“It’s a story of three boys and an out-and-out comedy. I suggest that the audience keep their brains behind at home when they come to watch this film. The script cashes-in on the confusion throughout,” says Nidhi.

“Nowadays, people are so stressed out with work that they want, when they come to the cinema, to enjoy themselves. To laugh and have fun. So that laughter and fun is definitely in our film.” 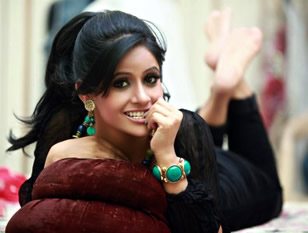 Critical reception following its first week of release has been generally positive. Critics have marked the performances by the actors as the stand-out features.

Ballewood said: “Tarun Khanna does remarkably well as the male lead. He’s not just good looking, but gives out an honest performance as well.”

“Miss Pooja is cute and decent. The altercations that take place between Sardar Sohi and his wife (parents of Deep) are quite funny,” they added.

“Special word of praise for both Sahil Veedoloya and Raj Jhinger, who provide a good comic relief through their brilliant dialogue delivery. Although both these actors are relatively less known in the industry but their performances are no less than some of the well-known Punjabi comedians too.”

Punjab mania added: “Sahil Bhardwaj and Raj Jhinger were the highlight of the movie. They both looked natural and kept the audience captive. It was Sahil’s first movie, but he looked professional behind the camera.”

Pooja Kiven Aa marks just the beginning of Miss Pooja’s long and successful career in the entertainment business, as a talented singer and now actress.

Aisha an English literature graduate, is a keen editorial writer. She adores reading, theatre, and anything arts related. She is a creative soul and is always reinventing herself. Her motto is: “Life is too short, so eat dessert first!”
Himmatwala – just hype and not a hit?
Ali Zafar charms in Chashme Baddoor