Miss Pooja the ‘Queen of Duet’s embarks of her first ever world tour and the UK without doubt is a key-stop for her with thousands of fans eager to see her perform.

Miss Pooja is today a household name and is dubbed The Queen of Duets in the world of Punjabi Bhangra music. She has revived Punjabi duet songs and placing them on the top of DJ and radio playlists. With a huge following world-wide, Miss Pooja has kicked off her world tour and will be visiting the UK for the first time ever in August 2008.

Originally known as Gurinder Kaur Kainth, she was born in Rajpura near District Patiala in the Punjab, India on 4th December 1979. Her father is Inderpal Kainth and mother is Saroj Devi, and she comes from a Nirankari family. She has a B.A. in Vocal and Instrumental studies, an M.A. in Music and B.Ed. Before launching her singing career, she was a music teacher for young children in Rajpura. 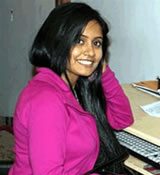 Miss Pooja’s debut album was ‘Jaan to Piyari’ with Darshan Khela, which was released in January 2006. Her first most popular song was ‘Bhan Chooriyan Pyar Tera Dekhdi Ne.’ Other well-known hit songs include ‘Seeti Marke’, ‘Baazi’ and ‘Petrol’ amongst many others. She gained popularity and international fame with her ablum called ‘Queen of Duets’. Her popularity has made her one of the top selling Bhangra female singers from India.

Miss Pooja has released over 80 albums and recorded over 500 songs with various male artists. Majority of her songs are written by Mr Karamjit Puri ‘Bhagta Bhai Ka.’ Her music teachers, ustads, were Kesar Nand Kesar and Mahinder Singh Nagina.

Accompanying Miss Pooja on her tour will be Geeta Zaildar, Preet Brar (of ‘Petrol’ fame), Manjit Rupowalia (of ‘Baazi’ fame), her brother Manpreet Kainth and Alpha Etc Punjabi TV celebrity, Harpreet. Music will be by Lal-Kamal.

In the UK, Bhangra star, Jazzy B, will also be performing at her concerts. Jazzy B will be only appearing  at the Birmingham, Leicester and Wolverhampton shows.

Miss Pooja has had some very colourful videos made to her songs with a strong desi feel and she is well known for her looks and beauty too!

To give you a flavour of what took place at her concerts, here is the video of her song Nachdi De Naal Nachle, sung by her live at the Birmingham (UK) concert. A DESIblitz special, filmed and brought to you exclusively by us.

Jazzy B was the other major act at the concerts. Here is a DESIblitz Special video of his live performance at Birmingham, singing ‘Rambo.’

The UK tour dates and venues for the Miss Pooja tour were as follows.

* Seated Family Shows and no audience dancing will be allowed. ** Seated and dancing allowed.

Jas likes to keep in touch with the world of music and entertainment by writing about it. He does like hitting the gym too. His motto is 'The difference between the impossible and the possible lies in a person's determination.'
UK Asian Music hit by Downloads
Pritam not so Original?