Asian music like any other form of music is not escaping the danger of illegal downloads. it is a big worry for an industry that has taken lots of hard work and determination from artists, producers and labels through the last few decades. The loss of revenue is affecting every part of the delivery except the consumer who gets it ‘free’ by a few clicks.

there is an alarming growth of illegal download music sites

There was a time when Asian music in the UK was only accessible from a shop or store that specialised in South Asian music. Shops focused on key Asian populated areas such as Birmingham, Southall, Bradford, Leicester, Manchester, Leeds and Glasgow. The format was either vinyl record, audio cassette or CD. The music genres of Bhangra, Bollywood, Ghazals, Qwwalis and other popular music were only stocked by these stores. Majority of the music was imported mainly from India or Pakistan along with locally produced UK Asian music.

Gradually, vinyl became a commodity only of the DJ’s, cassettes lost out to the popularity of CD players and the advent of digital sound resulted in the downloading of MP3 files from the Internet – allowing music to be accessed in a more portable fashion.

To conform to these changes, the Asian music shops have had to adopt new business methods. Most are now forced to conduct business online with the aim to stay in business, reach more customers and keep up with the change of buying habits. Competition from non-Asian stores such as HMV and Virgin stocking Asian music has also had some impact.

Today, the huge phenomenon of downloading music has become a norm for many consumers owning portable MP3 players and mobile phones capable of playing and storing large numbers of songs. Also, for people wanting to create their own CD compilations, downloading provides great flexibility and choice.

Websites providing Asian music for downloads have grown in large numbers. Albums and individual songs can be purchased as downloadable files or can be ordered to be delivered in CD format. Online prices are lower as they cut-out the costs of a running a physical shop with staff. Non-Asian sites such as Apple’s iTunes and Napster are also contributing to this new way of buying Asian music.

Whilst many provide Asian music legally, there is an alarming growth of illegal download music sites appearing on the Web literally everyday. It is this practice that has begun to hit the artists, musicians, producers, record companies, distributors and shops. Who in many regards feel they are fighting a very hard battle.

Personal music sharing sites, file sharing sites (torrents) and personal Asian music sites and blogs offering latest releases for free are beginning to affect the UK Asian music industry. Songs and albums are being ripped from CD’s and songs are being made in MP3 formats for people to download for free. In many cases, they are avaiable on the Internet even before their physical releases on the CD worldwide. Causing huge dilemmas for record company release schedules around the world.

With live music reduced to only select shows, artists and producers heavily rely on the sale of albums and singles for a source of income. But due to the increase of illegal downloading and digital recording directly from radio or other sound sources on the Internet, sales have beet hit. Record companies are reluctant to allow new songs to be played in full on popular Asian radio shows due to the fear of this kind of piracy.

Bhangra artists such as Malkit Singh have openly said in interviews that they are uncomfortable about playing any pre-release tracks on radio due to the fear of online recordings and illegal digital release.

Brit-Asian pop artist, Jay Sean has commented on how the younger generations today will not even buy a music release from the shops because they know they can get it on the Internet somewhere for free. Such withdrawal of sales impacts chart positions for artists, since chart positions depend on sales. 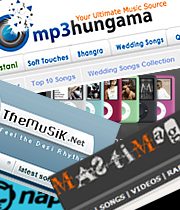 The UK Asian music industry was built primarily on the sound of Bhangra music created and produced in the UK, spanning out to Bollywood remixes and then subsequently, Brit-Asian pop. Today the era of UK Asian music has a huge variety in its sound, format and availability. The positive being that more and more music is being made not just in large commercial studios but bedroom studios as well. However, the shelf-life of the music and turnaround is much shorter than it was in the past due to the quantity potentially versus the quality and its availability on the Internet. Trends in Asian DJ’s and producers releasing albums using vocals of overseas and local session singers compared to established artists and bands have also changed the output from the industry.

Jas likes to keep in touch with the world of music and entertainment by writing about it. He does like hitting the gym too. His motto is 'The difference between the impossible and the possible lies in a person's determination.'
Jassi Sidhu talks Music, Singing and Bhangra
Miss Pooja tours UK