An untrue rumor has spread about the alleged shooting of Miss Pooja, the Punjabi duet singer.

Miss Pooja is alive and well

A rumor about Miss Pooja  saying that she has been shot and even killed, whilst on tour in Canada, has been emerging into the public domain. Further to hearing about the so called shooting, we have researched more on the story to find out what actually happened.

DESIblitz.com can verify that all of the rumors of her being shot are not true and Miss Pooja is alive and well. Close sources have stated that in Edmonton, Canada, there have been some misunderstandings between the promoters and the artist, which have resulted in the hoax rumors of the alleged the shooting of Miss Pooja being reported on some on-line publications.

Some stories have claimed she was in Los Angeles, USA, during the alleged incident; others say she was in India; however, most say it happened whilst she was in Canada.  Fans and followers of the singer have been frantically trying to find out about the safety of the star.  Therefore, as we have stated, none of these stories are correct and we confirm that the singer is currently on tour in Canada. 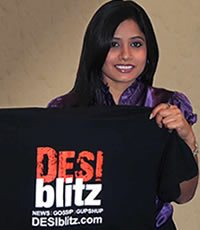 Regarding the forthcoming ‘Royal Family’ concerts in the UK, A.S. Sandhu, A.B.M and B.S. Gill, the promoters of the shows featuring the ‘Queen of Duets,’ have confirmed that the shows are all going ahead featuring Miss Pooja. They have advised us that she will be arriving in the UK in late August 2009.

Therefore, all of you who have purchased tickets will see the singer live on stage on the publicised dates. If you have not yet obtained tickets for these limited concerts in Leicester, Wolverhampton and Glasgow, you can do so here online by clicking on the advert on the right hand side or ‘Tickets’ above.

Jas likes to keep in touch with the world of music and entertainment by writing about it. He does like hitting the gym too. His motto is 'The difference between the impossible and the possible lies in a person's determination.'
Royal Family Shows ft. Manak, Pooja and Jazzy B
Shahin Badar