Quantico star, Priyanka Chopra looks like a breath of 1920’s fresh air in the October cover of Hello! India, and is all set for world domination!

Quantico superstar, Priyanka Chopra, looks like a 1920’s beauty on the cover of the October issue of Hello! India.

The stunner has kicked off the Autumn month with a quintessentially beautiful photoshoot, and we can’t keep our eyes off the ‘The Cross Continental Glamour Icon’.

The intricate embroidery looks a million dollars, as does her simplistically chic hair clip from Anmol Jewellers.

Finishing off her look is a retro inspired hairstyle and bold rouge red lipstick, which is enough to make anyone fall in love. 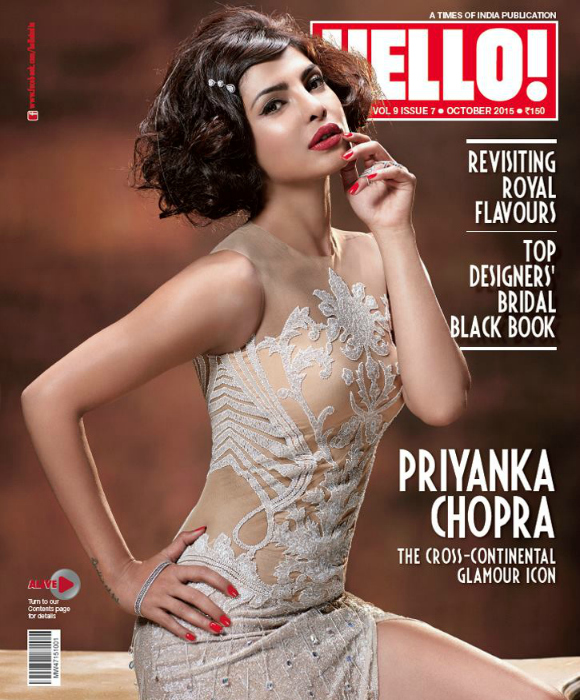 The actress can do no wrong recently. From TV appearances to movie trailers, she carries herself wonderfully and proudly flies the flag for Desi talent.

Priyanka fever is at an all-time high, especially considering her success in the American TV series, Quantico.

The highly anticipated drama sees her in FBI agent form, fighting to discover who was behind an insider terrorist attack.

The starlet has gained an unfathomable amount of recognition for her latest role, and recently appears on the popular Jimmy Kimmel Live!, which receives great praise from fans on Twitter. 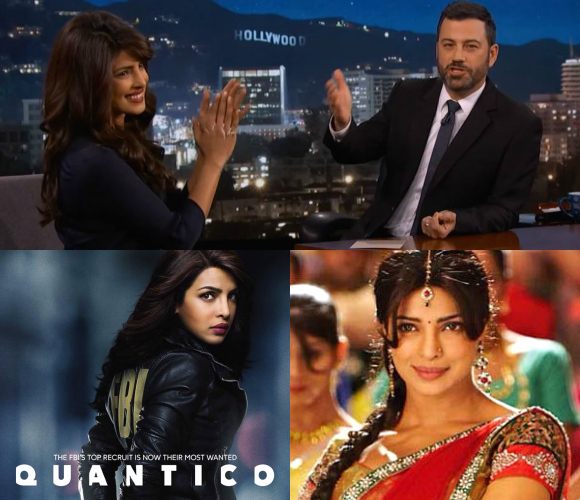 But this isn’t the only project that the 33-year-old is working on.

As of this month, the actress-singer will be starring alongside fellow Bollywood stars, Deepika Padukone and Ranveer Singh in the period romance, Bajirao Mastani (2015).

And that’s not all. Her other commitments include playing a police officer in Prakash Jha’s remake of the 2003 movie, Jai Gangaajal.

With so many upcoming projects as well as this stunning magazine cover, Priyanka looks set to become the biggest Bollywood star of today!