Shyraa Roy is set to make her debut in the cybercrime film ‘Hello Shabnam.’ She exclusively chats about this interesting digital telefilm.

The Dubai based young sensation who has already made a noise in the music world is hoping to do the same across film and TV.

Shyraa Roy was born in Sialkot, Pakistan on October 25, 1995. Her father owns constructional companies in Dubai, which include heavy-duty machinery and steel.

Her mother has always been a housewife. She is the eldest of two, having one younger sister.

At the age of eleven, she began singing during fourth grade at Pakistani International School in Gujranwala. During her school days, she faced bullying from students calling her a ‘battery’ for wearing glasses.

Shyraa Roy is a graduate of two bachelor degrees. She holds a BSc in Interior Designing and Travel Tourism BBA from Dubai’s  MAT University.

Shyraa who has learnt Kathak dancing went on to perform Anarkali (2009), a musical play during a cultural evening in Lahore.

Taking inspiration from Bollywood, and gearing up for her debut, Hello Shabnam contains a very artistic feel to it, showcasing the project as a form of art cinema.

Hello Shabnam reflects a dark side, which will appeal to the new generation with an infotainment topic. The film has two beautiful original soundtracks.

In an exclusive Q&A with DESIblitz, Shyraa Roy reveals more about Hello Shabnam. 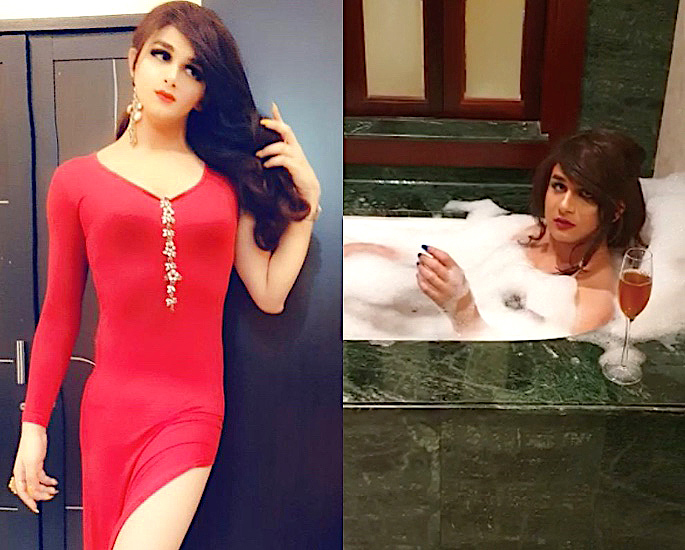 What compelled you to make the film and who stars in it?

I was looking into a very crispy and appealing project for a long long time. I wanted to produce from my own Dubai based production house Roy Motion Pictures (RMP studios).

Then suddenly I got to meet a friend of mine who works with Balaji India. Anyhow she gave me the idea of making this telefilm for digital with a very sensitive topic. The idea was to have a debut and launch my career with Hello Shabnam.

We wanted to highlight the subject of online cybercrime, which has become very common. It is a topic that creatives have not really tackled previously.

The subject remains a big taboo in the country. Many are continually judging innocent girls who are forced to be in a give and take business, particularly showbiz.

The film stars new faces from the world of theatre, playing key roles.

Who and what is the story based on?

The film is based on Hina, a small downtown girl who has a beautiful god gifted voice. However, due to her financial situation, she chooses a path of cyber adulting. As a result, she later falls into a trap.

“Based on online cybercrime, it shows how the mafia uses innocent girls like phone sex machines to generate money.”

The telefilm also highlights how so many girls have to feed their families with countless sacrifices made from a very early age.

These girls need love and proper care instead of being judged. A story of Hina moulding into Shabnam’s character is definitely going to be a new experience to see. 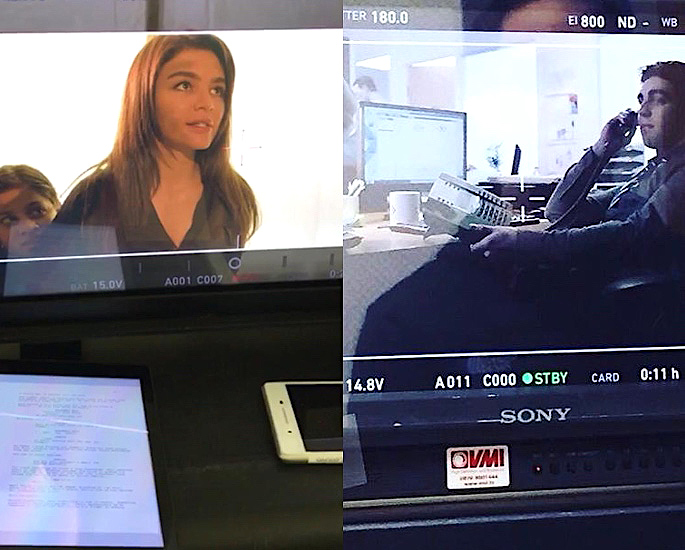 How was Shyraa Roy selected for the role?

Shyraa Roy was always the first choice as she is also producing the project. Thus, she could not think about any other girl to play sentiments of Hina aka Shabnam.

She was famous for her bold character in the song release ‘Raat’. Therefore, a decision was made to select her for such a script, which is not easy to play.

Shyraa Roy was always a great pick since she was a trained actress from a theatre company in Lahore.

“Shyraa also had a liking for playing such a two-dimensional character.”

How did  Shyraa Roy do justice to the role?

With Shyraa Roy residing in Dubai, it made sense. This is because there are certain elements from the city who have some form of involvement in such crimes.

She did extensive research on the sensuous side of the role. The script itself, the postures, the makeup looks, the ground rehearsals and Shyraa’s bank of expressions, all make her special for this act.

Shyraa Roy was always keen to play challenging roles in the film industry. Hence, she worked immensely hard on her vocal cords, to get that tone right and do justice with the character.

She knew the spontaneous and natural feel, which could do justice to the innocent Hina. That is how she planned the whole character first before even working on the full production. 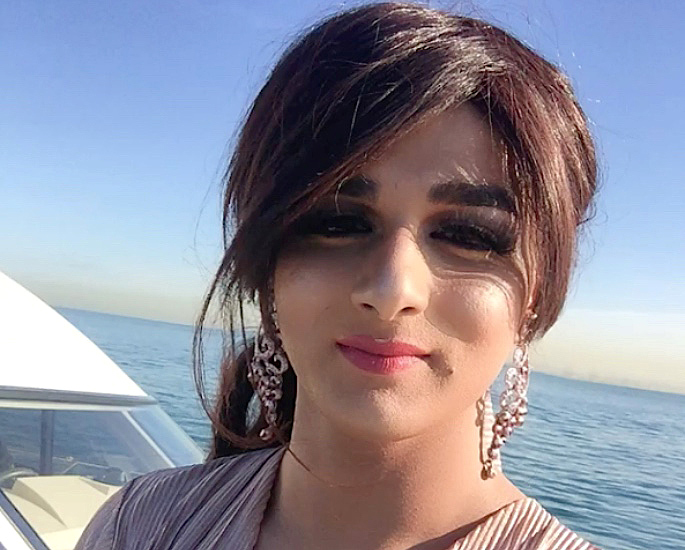 Why is the film being shot in the UAE and Pakistan?

The shooting of a small part took place in Dubai Jumeirah, in line with the script. The remaining locations include Malir and Shahra-e-Faisal spots in Karachi.

We wanted to showcase an extreme rawness of the entire story, giving a rough edge feel to the film. Hello Shabnam has a lot of roughness to it.

Additionally, Karachi is the ideal location to show Hina’s poverty, her small college and her online shady office building.

“There are many other technical and practical reasons also why we went with such locations for the film.”

What message do you want to convey with the film?

An important message is that girls should not make big decisions in a rush. This is because we girls get to suffer a lot when it comes to reputation and respect.

Every girl is important in her own self. This film acts as a small lesson that behind money, one might lose everything. With an element of shame, this could result in a path of death.

These kinds of subjects must be made by Pakistani filmmakers rather than the usual rom-com. We can do a lot more beautiful and creative work by showcasing real-life stories.

True life incidents also have a bigger impact on people’s mind. So, it’s definitely a message to raise awareness. 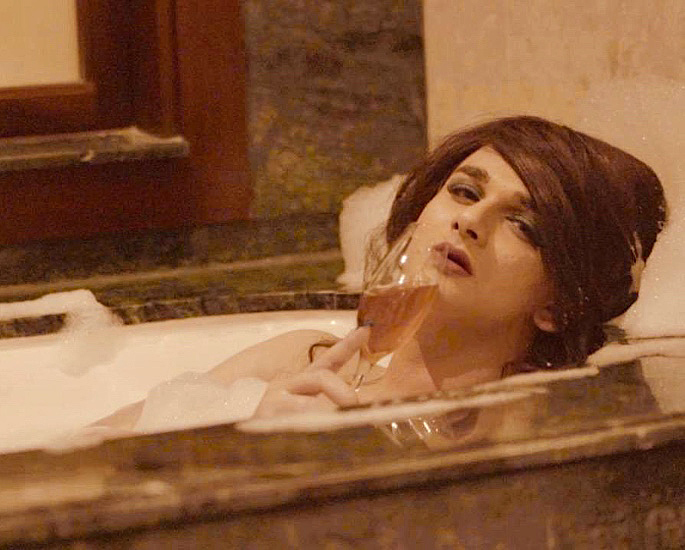 When and how can people watch the film?

The film will be releasing on a leading international streaming platform during the 2020/2021 season. Hello Shabnam was meant to release earlier but because of COVID-19, we have had to push the dates further.

This film will be available via paid subscription but will be extremely affordable for everyone to watch and enjoy.

“We are trying our best to do justice with the promotion and other activities prior to the release.”

With Hello Shabnam being Shyraa Roy’s maiden release film, we will be conducting a Grand Premier in Pakistan and Dubai. We will also be pushing it to different film festivals around the globe.

Producer and actress Ursula Manvetkar is the director of this telefilm, which is fourty minutes in duration. 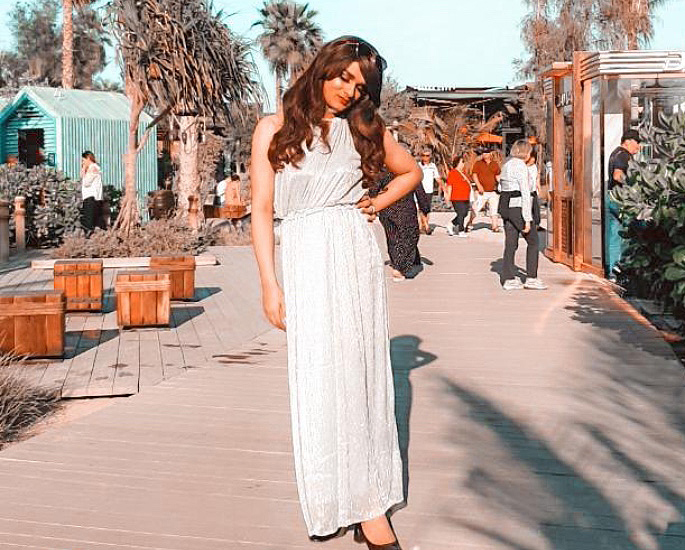 The buck does not stop there for Shyraa as she has signed many other webs shows including One by One and Revenge.

She also has a musical collaboration with singer-actor Mohsin Abbas Haider, which is more like a movie under a Bollywood label.

Shyraa who is intending to reside in Karachi has plans to start a dance academy initiative. Outside of show business and the arts, Shyraa is very much into vlogging and fitness.

When it comes to food, she is desi at heart, enjoying daalein (lentils), chaat (savoury snack), parathey (flatbreads: plain or with fillings) and nihari (stew).

Meanwhile, with Hello Shabnam, Shyraa Roy is hoping to receive a positive and satisfactory response from the audience.

According to Shyraa, viewers will be thrilled by all the performances in Hello Shabnam.