Alia Bhatt stuns on the latest Filmfare magazine cover, trading her girl-next-door image for a sultry persona! DESIblitz has the details on this sexy shoot.

"Shot this cover when I was super sick!! BUT filmfare makes me happyyyy!!"

Alia Bhatt is the latest star to grace the cover of August 2015 issue of Filmfare magazine, and you may need to brace yourselves for how amazing she looks!

Staring innocently into the camera, Alia scorches in the sensuously sultry photoshoot.

She even features in a beautiful spread in the film, fashion and lifestyle magazine.

Flaunting her gorgeously-toned physique in an open back design, Alia embodies a sexy femme fatale, inducing the readers’ attention with her ruffled hair and smoky make-up.

Filmfare splashes ‘SHE’S A BIG GIRL NOW!’ across the cover, and we can certainly see why. 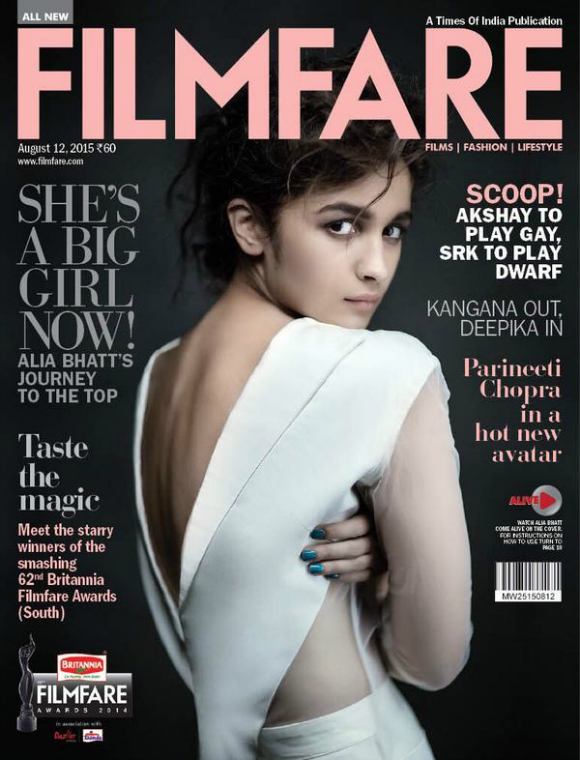 Alia momentarily steers away from her typical sweet and innocent image, and instead channels her inner seductress.

As if we cannot praise her any more, the Student of the Year (2013) star manages to look super hot all whilst feeling a little worse for wear!

Alia shares what happened behind-the-scene during her Filmfare shoot on Twitter:

“Shot this cover when I was super sick!! BUT filmfare makes me happyyyy!! I’m a big girl now? @jiteshpullaai @filmfare.” 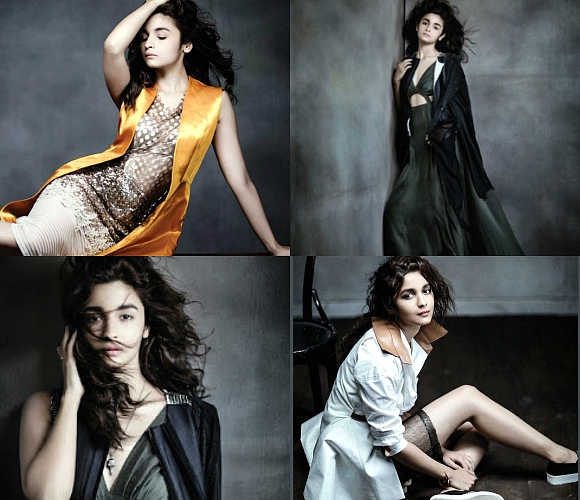 It seems Alia is on the top of her game at the moment. When she is not alluring everyone with her gorgeous magazine covers, she is on the big Bollywood screens!

Currently, she is busy with her role in the movie Shaandaar (2015), starring opposite the handsome Shahid Kapoor.

As well as this predicted hit, she is also gearing up for her role in Kapoor and Sons (2016) with Fawad Khan, and Udta Punjab with Kareena Kapoor.

Does this girl ever stop? We hope not, as we love Alia Bhatt fever!

Fans can expect to get their next fix of Alia on October 11, 2015, when Shaandaar is due to be released.