Week 4 of Bigg Boss 9 is getting a little spicier with wild card entry, Rishabh Sinha, who is pouring oil on the fire everywhere he goes!

“I will make sure the contestants get the real taste of double trouble.”

As Salman Khan promised in Week 3 of elimination, a wild card entry will be arriving at the Bigg Boss house.

Rishabh Sinha is the name and it seems ‘mishap’ could be his middle name!

Besides arguing with other contestants, he has been stirring things up with Digangana Suryavanshi, who has turned 18 on the show.

The two share a nasty history and their reunion in Bigg Boss 9 has got her father very anxious.

Apparently, he tells Rishabh that he will get a ‘befitting reply’ if he ever misbehaves with Digangana. 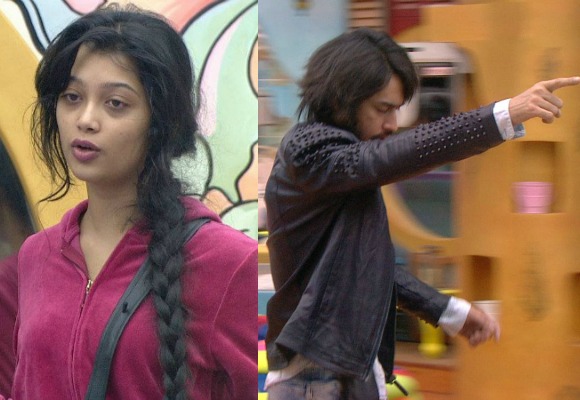 Before we dive into the gossip pool in the house, let’s find out a bit more about this newcomer on the show.

Rishabh has appeared in Splitsvilla 7 and Zee TV’s Qubool Hai, where his heated episode with Digangana involving the police was more memorable than his performance.

We also hear he has worked with Kishwer before and guess what? They are reportedly not on good terms!

Landing in the controversial house of Bigg Boss and beating Keith to the ‘captain’ throne, Rishabh’s first order of business was to make everyone address him as ‘devil’.

He announces: “I am very excited to enter the house and will make sure that the contestants will now get the real taste of double trouble.”

And he is certainly one to live up to every word of his ‘solemn’ promise! 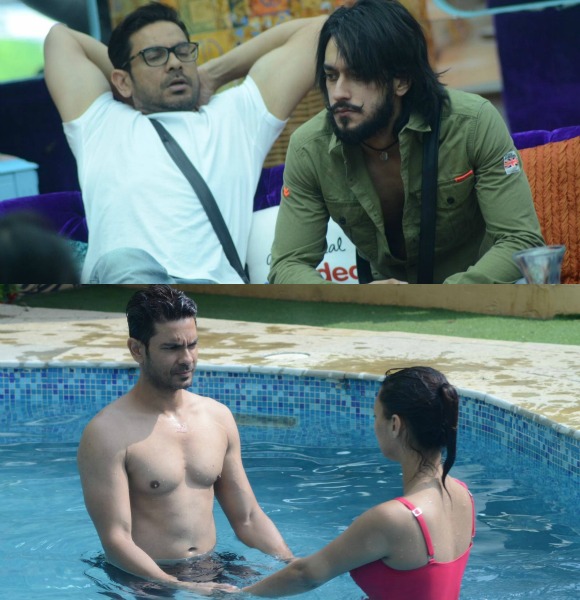 With no regard for Keith’s feelings, Rishabh flirts with Rochelle who enjoys a dip in the swimming pool.

Keith and Rochelle are still going strong, seen romancing and cuddling up a few times this week.

Then, Rishabh annoys Mandana by ordering her to clean the carpet as the new leader.

That’s not all. During the hotel task, he proceeds to find more new enemies by being super bossy and calling Prince ‘fake’!

More heated arguments and cat fights break out between these two and with Rochelle as well.

Rishabh’s behaviour is eventually caught by Salman Khan’s radar. Needless to say, he is not impressed with how the drama ‘king’ crosses the lines.

He has no doubt turned up many notches on the entertainment scale, but even Salman tells him to take it easy and not to get too personal. 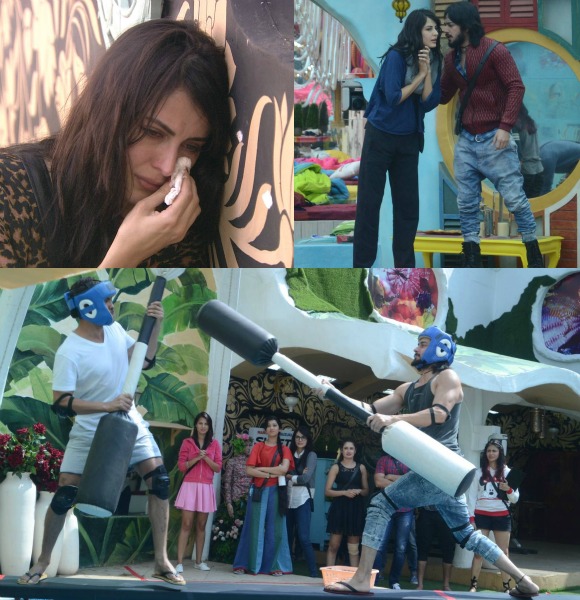 Moving onto the second wild card entry in the house, Puneet Vashistha, prepare for more head-to-head and explosive drama!

He goes after Rishabh, argues with Rochelle and is accused of emotionally blackmailing poor Digangana.

Only one thing can turn the atmosphere around now – Sonam Kapoor and the cast of Prem Ratan Dhan Payo (2015). 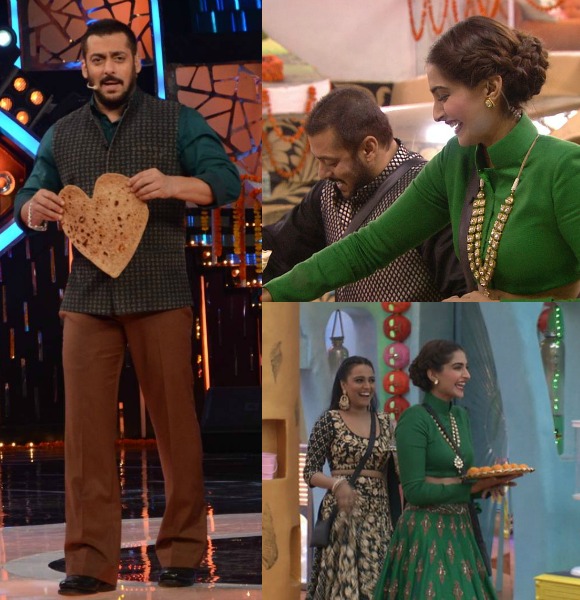 Sonam graces the house with her beautiful smile and festive sweets in celebration of Diwali. The cast kindly did a little sing and dance, too!

Then, it’s time for that much-dreaded elimination. Yuvika is sent home this week.

Keith also exits the house, as his younger brother has sadly passed away. But we hear he may be coming back soon. 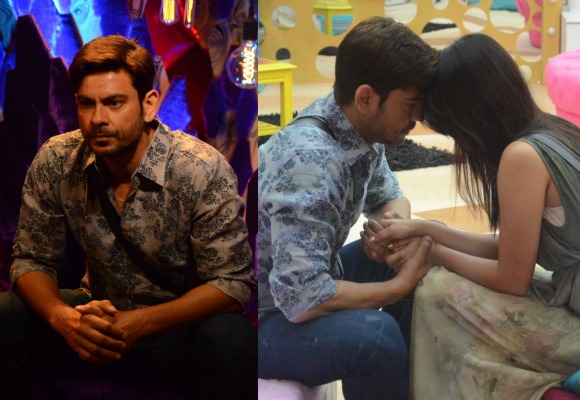 With Yuvika out of the picture, her love triangle with Prince and Rishabh is obviously missing a piece, but what will that do to the dynamics between the new rivalries?

Rimi and Digangana have also emerged as favourites to be evicted.