No friendship is safe in the house. Bosom buddies turn enemies, wild card entries cause havoc and house mates push each other to the exit!

Priya accuses Rishabh of being sexual towards her during the luxury task!

Bigg Boss 9 welcomes more wild card entries in its seventh week and they are bringing the show to life!

Priya gets a warm greeting from Salman Khan on the previous Sunday show, before meeting the housemates and warning everyone she will speak it as it is.

She gets stuck into the tasks right away, as well as Kishwer who tells her she is a bully. 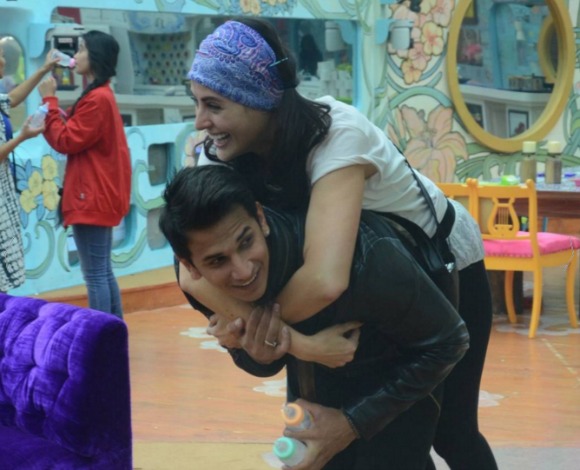 Mandana takes a liking to the flamboyant designer, but the pairing soon goes sour.

Kawaljit manages to upset Priya, telling her to go back to Ozzie land, which she tags as racism.

Suyyash gets fiery this week as he yells at Priya during a heated argument between Rochelle and the new housemate.

‘I’m used to being cornered’ tells Priya to a sympathetic Digangana who has been unwell for the past few days.

Well, Priya gets the upper hand winning Captaincy after a painstaking 40-hour task and ranking housemates in line of preference.

Another travesty comes from Rishabh and Mandana who fight outrageously through the week, even resorting to name calling.

Things go from bad to worse as Priya accuses him of being sexual towards her during the luxury task where they have to milk a pretend cow.

But none of this compares to what Bigg Boss is about to throw their way.

For the first time ever in the show’s history, the contestants are given the choice to leave the show if they want to!

Guess what? To everyone’s surprise, the two stay put, despite Rishabh practically pushing Rimi to walk – but not for long.

Talking of exits, housemate Keith who had to leave three weeks ago is waiting in the diary room for Rochelle.

Maybe he can bring some much needed peace and harmony in this fragile house.

Salman hosts the first part of his show on Sunday and he wastes zero time in grilling Rimi and Mandana.

Rimi defends: “I’ve got used to the house now.” 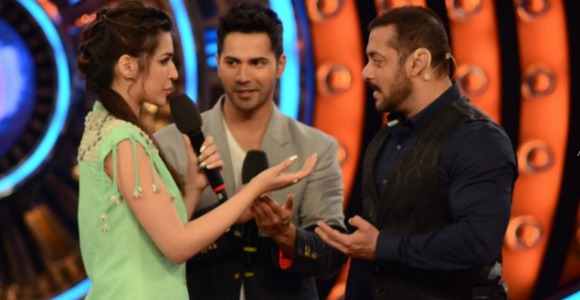 Varun Dhawan and Kriti grace the house for some full-on masti.

They dance with the housemates, and Varun comments on Rishabh’s chemistry with Digangana. But the real fun starts when they join Salman on stage.

Kriti re-enactes the chandelier scene from ‘Hum Dil De Chuke Sanam’, where Varun gets the role of the Chandelier.

It seems every actress wants to play his leading lady on stage! 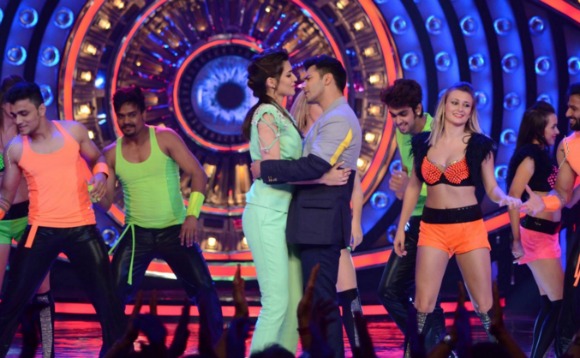 Then, Salman gives the housemates a chance to add cash to the final winning amount. How? By standing and holding a rope for 24 hours!

As Rimi Sen emerges as the latest evictee, we shall see how everyone else will fare and who gets booted next week.

Watch Bigg Boss 9 every weeknight from 9.30pm on Colors TV, and every Sunday and Monday from 9pm with Salman Khan.