It’s getting hot in the house of Bigg Boss 9, as Gizele Thakral and Nora Fatehi arrive with their diverse personalities to stir up the bunch!

Gizele tells Prince to man up and accuses Priya for being fake.

Nora, a Moroccan-Canadian model and item girl, is so attractive that she has got Prince and Rishabh fighting over her.

She gets up close and personal with Prince in a pillow fight in the bedroom, and boy do they have fun!

Rishabh observes from afar in the garden and can hardly hide his jealousy. Kishwer jokes someone is burning and says: “I can smell it.”

Taking advantage of her new found popularity, Nora shows off her sensuous dance moves in front of Prince and Rishabh. 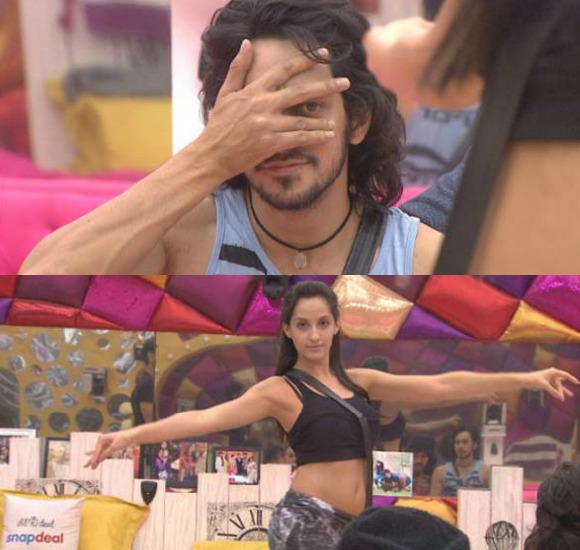 The hot-headed boys are simply awestruck and Rishabh even begs Bigg Boss to give him a dance task with Nora. Looks like he is ready to lock horns with Prince again!

Now, Mandana is clearly asking for a fight, taunting Prince that she is glad he has found a new girlfriend, meaning Nora.

Prince is not ready to back down and shouts back: “Who gave you the right to talk such things? Who the hell are you?”

We wouldn’t be surprised if this little outburst has boosted his ‘love’ for Nora and his primal need to protect the beautiful girl. 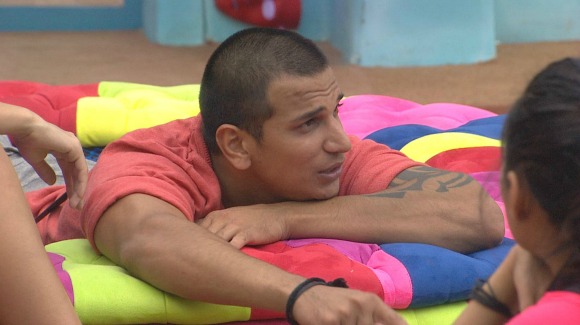 But Suyyash seems to see through Prince’s intentions and tells Rochelle he thinks romance is his gameplay because Prince has pulled the same stunt on Yuvika before.

Suyyash himself is one big troublemaker this week. He threatens Mandana during the Ghost task, and unleashes his ‘Hulk’ side forcing other housemates to intervene.

Salman Khan cannot stand it and questions why he only dares to display his manliness to the ladies and not the guys.

Mandana is pleased with the telling-off, watching Suyyash’s ego take a blow.

Gizele appears to be the tougher wild card and is very comfortable with the way of life in the Bigg Boss crazy house.

First, she tells Prince to man up and accuses fellow wild card, Priya, for being fake. Then during the Ghost task, the Indian model resorts to namecalling and says Keith is dyslexic.

She even gets into a gigantic fight with Rochelle, who calls her a ‘wannabe Mandana’.

Speaking of Priya, the Aussie becomes the centre of attention when Bigg Boss gives her a reality treatment by asking everyone to vote the most insecure housemate. 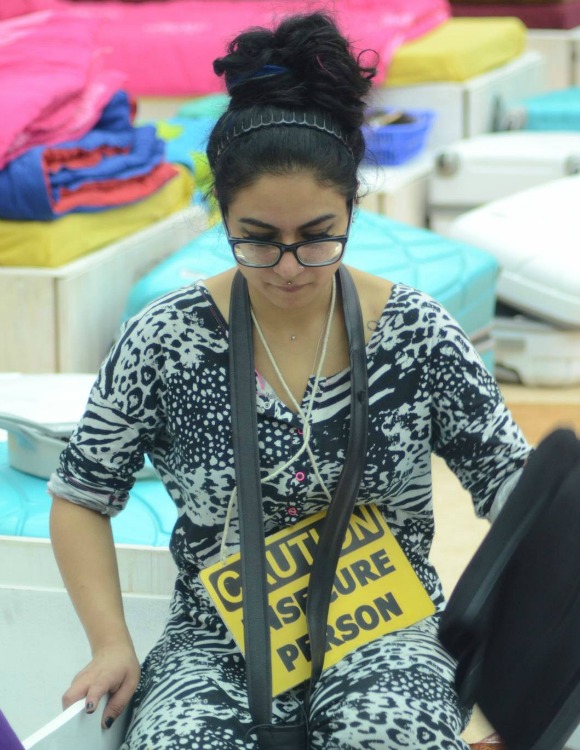 Priya gets the most votes and is made to watch a video of everyone else backbiting about her, ouch!

The rest of the housemates also have to watch a clip of how Priya talks about them, so they’re even at least.

There is only one elimination this week, and fashion designer Kanwal gets the cut.

The new nominees for elimination are Gizele, Mandana, Suyyash, Rishabh, Rochelle and Priya.

That is plenty to look forward to next week, especially with Shahrukh Khan’s much-anticipated appearance! 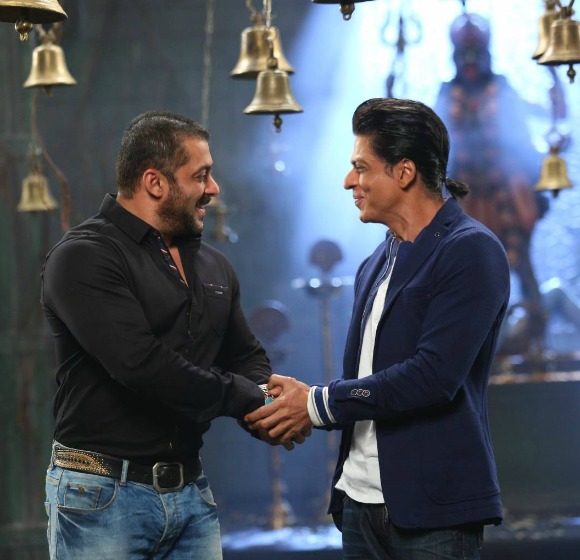