Sunny Leone Heats Up for Leela

With Ek Paheli Leela generating so much controversy, Sunny Leone has certainly been heating things up in B-Town. So grab your popcorn and get ready to tuck into some juicy gossip as DESIblitz reveals all.

“They chopped off just one shot of a breast, and it isn't Sunny Leone’s."

The beauty bombshell that is Sunny Leone is not one to shy away from the media limelight.

Ever since the adult star turned Bollywood babe arrived in India, fans and critics have been hanging onto every new tweet and public appearance.

The star has a whopping four releases lined up for 2015. They include the steamy back-to-back films, Ek Paheli Leela and Kuch Kuch Locha Hai, along with Mastizaade, and Tina and Lolo to be released later in the year. 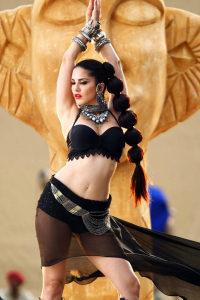 But even with Sunny tucking into what Bollywood has to offer, not many of her peers and colleagues want her here.

During a recent interview, director of Leela, Bobby Khan mentioned how many big actors refused his film due to Sunny being part of it:

“People started saying ‘Let’s remove Sunny and have a leading actress’. But I said I will not make Leela without Sunny.” Bobby insisted.

Naturally, Sunny was really upset after hearing this, but her supportive husband Daniel Weber, reportedly said to her: “Next time if you see an actor, I will come with you as I want to tell them that please work with my wife as she is very professional.”

Director Bobby was all praise for the actress, and is very glad that he stuck by his decision, saying: “Sunny will get into mainstream with this film. This will change her. There are many looks of Sunny in this film, but performance-wise she has done a great job. Her brain is very sharp as she grabs things quickly.” 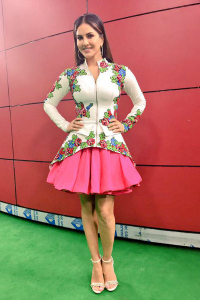 Despite the controversy around her being in it, there were also more rumours flying around about a couple of incidents on set!

One of the most shocking rumours was of Sunny Leone’s co-star Mohit Ahlawat slapping someone on set.

If rumours are to be true, apparently someone was misbehaving and talking rudely to Sunny. Mohit, who was not having any of it, decided to slap the individual that was misbehaving with Sunny.

Traumatised, Sunny ran into her van and refused to come out until her husband arrived. However the makers of the film have stated that nothing of this sort took place.

There were also suggestions that Sunny had been feuding Aishwarya Rai Bachchan, after she did a remake of Ash’s famous ‘Dholi Taro Dhol Baaje’ dance from the classic Salman-Ash starrer, Hum Dil De Chuke Sanam. 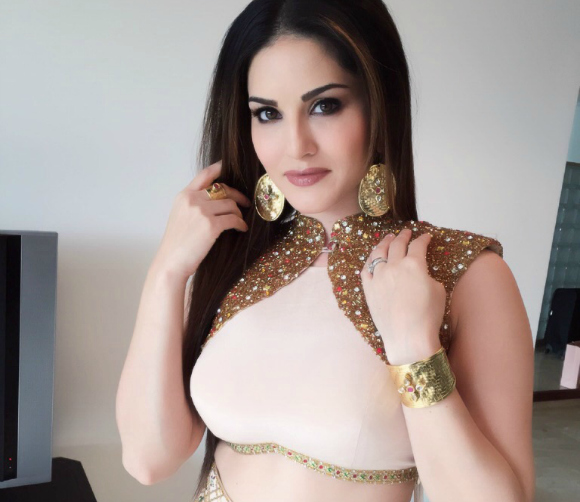 Sunny was not too keen on being compared to Ash however, and even went as far as saying she ‘hated’ it, and hoped instead that people would appreciate her take on the dance.

Later, Sunny had to take to Twitter to clarify her point: “Nothing more frustrating then certain press and media people who have selective hearing and write what they feel like instead of the truth.”

Some people have the innate ability to f-up your day even if you don’t speak to them! Un-f-ing-believable!! Some people are such leaches!!

While Sunny isn’t the biggest Ash fan, she is evidently head over heels for Salman. The actress was recently asked who she would like to be reincarnated as, and Sunny immediately responded: 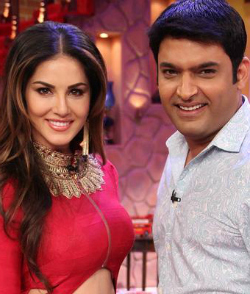 “I would like to come back as Salman Khan. He is one of the biggest stars in India; nobody messes with him. People are scared of him, but they also love him at the same time. He does so much charity work too. He is a very nice man.”

The actress has also warded off any pregnancy rumours with hubby Daniel. While Sunny is keen on the idea of motherhood, she insisted that she didn’t want to be a mother just yet:

“I would be lying if I say I don’t think about my family, but now physically for me, this is not the time to get pregnant. I want to have kids, but for now I don’t want to let one year go for my body.”

Sunny has also made her second appearance on the popular TV show, Comedy Nights With Kapil, with her co-star Jay. Her crazy promotions schedule for Leela even led her to the Kasauli Rhythm and Blues Festival, where the multi-talented star even got on stage with her husband to belt out a song!

Despite the saucy scenes suggested by the trailer, Leela has also passed the Censor Board relatively easily. Once source from the CBFC claimed: 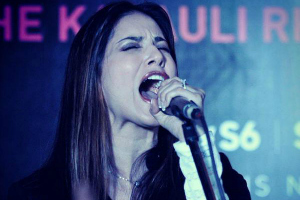 “They asked for an A certificate with no cuts. We asked them to cut one shot of a woman rubbing colour on her breast during Holi.

“Otherwise we’ve not touched any of the scenes including the lengthy love-making scene of Ms Leone with Rajneesh Duggal.”

Producer Ahmed Khan added: “They chopped off just one shot of a breast, and it isn’t Sunny Leone’s.

“We are very relieved. We thought there would be a lot of trouble considering Ms Leone’s reputation precedes her to the censor office.”

Sunny has a lot riding on this film, with her double role, and is hopeful that Leela will really showcase her acting skills. So here’s us wishing Sunny all the best with Ek Paheli Leela when it releases from April 10, 2015.

British born Ria, is a Bollywood enthusiast who loves to read books. Studying film and television, she hopes to one-day produce good enough content for Hindi cinema. Her motto is: “If you can dream it, you can do it,” Walt Disney.
Salman beats Shahrukh in Times Celebex Ranking
Bollywood Stars disappoint at IPL 8 Opening