Stardom is a crucial measure of success in Bollywood, which is why Salman Khan is officially the megastar of Bollywood, as he tops Times Celebex again!

Salman Khan has been named Times Celebex's actor of the month a total of six times in 2014.

In the latest battle of the Khans of Bollywood, Salman Khan has taken the crown again!

The handsome actor has beaten Shahrukh Khan two years in a row as Bollywood’s top actor named by Times Celebex.

In the 2014 rating index, Salman leads the actor’s list by gaining an extra 14 ‘T Score’ since 2013. This puts him safely in the top spot, as Shahrukh has lost a hefty 67 points.

But the almighty Salman has upped the game for the Khan ‘rivalry’ by grabbing three more powerful titles – Box Office King, Most Searched Actor Online and Most Popular Actor in Print Media.

Shahrukh, on the other hand, has only managed to snatch ‘Best in Brand Endorsement’ out of nine categories.

Climbing to number three in Times Celebex 2014 is the legendary Amitabh Bachchan, who has also earned the honour of Most Followed on Social Media. 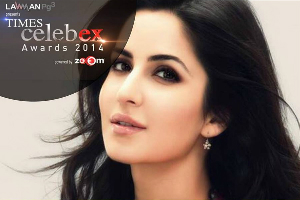 On the actress front is an interesting rise and fall. While it is hardly a surprise that Deepika Padukone is named top actress, the Piku (2015) star has collected a solid 75 more ‘T Score’ than in 2013.

Her triumph over 2013’s winner Katrina Kaif, whose wax figure has recently been unveiled at Madame Tussauds London, is no doubt aided by Katrina’s major loss of ‘T Score’ from 474 to 381.

As Katrina drops to third place, Deepika further proves her celebrity power by garnering the highest following on social media and being the most popular actress in print media.

Launched in September 2012, the Times Celebex is ‘the most definitive rating index of Bollywood stars and the power they yield over the masses’.

The ranking takes into account the data provided by ‘credible external agencies that service the media industry’ and a diverse range of media outlets, such as cinema and TV channels.

‘T Score’ for each Bollywood actor and actress is tallied up every month of the year to provide the most up-to-date index of their stardom.

Salman, having been named actor of the month six times in 2014, has effortlessly come out on top in the annual round-up.

Here are some key highlights from Times Celebex Ranking 2014: 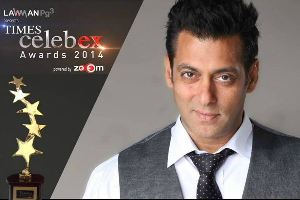 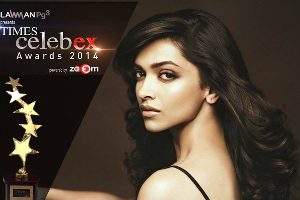 With a line of major film releases and collaborations with Hollywood, 2015 promises to shower Bollywood with brilliance and excitement.

Stardom will most likely be led by the biggest names of Bollywood, but the industry’s new talents and fresh faces are not to be underestimated.

Akshay Kumar and Sonakshi Sinha are currently Times Celebex’s top names for January 2015. We cannot wait to see who will rule Bollywood in 2015!

Scarlett is an avid writer and pianist. Originally from Hong Kong, egg tart is her cure for homesickness. She loves music and film, enjoys travelling and watching sports. Her motto is “Take a leap, chase your dream, eat more cream.”
Aishwarya Rai Bachchan stuns in ad shoot
Sunny Leone Heats Up for Leela