The first Indian Open World Ranking Snooker tournament will be held in Delhi between October 14-18, 2013. Fans will be able to see the best cueists in the capital, including top Indian players Pankaj Advani and Aditya Mehta.

"India has produced several top-ranking players in the past and has no dearth of talent."

India is all set to host its first World Ranking Snooker tournament between 14 and 18 October 2013. The biggest snooker tournament in the country will be taking place at the prestigious Le Méridien New Delhi, which is located a few kilometres away from Rashtrapati Bhawan – the Presidential Palace.

The Billiards and Snooker Federation of India [BSFI] have signed a three year contract with the world body to host more events in the country.

The Indian Open will witness the top sixty-four snooker players from across the globe, fighting it out for the championship, including a winners cheque of £50,000. The total prize fund for the tournament is £300,000.

The qualifying round for the event took place at Doncaster Dome in the UK during August 2013, where 128 players were whittled down to half.

For the tournament India has fielded six wild card entries to make it a seventy player event to be contested on four tables over five days. 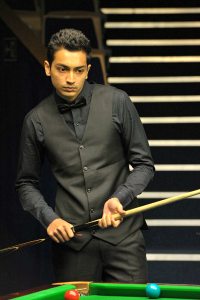 Interestingly, India is the reason we have snooker today. Billiards was the original sport played in India and eventually evolved to form the game we now all watch and enjoy. Chairman of World Snooker, Barry Hearn, was delighted about the sport returning to it’s roots:

“It’s amazing to think that snooker was invented in India in 1875, and now nearly 140 years later we are taking the world’s leading players back for a major ranking tournament.”

Another interesting fact is that Hearn has targeted new territories by introducing the game of snooker in Brazil, Australia and China. He now wants to break into the Indian market and try to get the game popular there. Now with the World Ranking event he definitely has accomplished his goal:

“This is a momentous announcement for snooker as we stage a world ranking event in India for the very first time. If we can replicate the phenomenal success we have had in China then India will be a very exciting prospect,” said the sporting events promoter.

Besides Hearn, the game of snooker has been boosted by players from this country. India has some incredibly talented stars that will compete in this event. 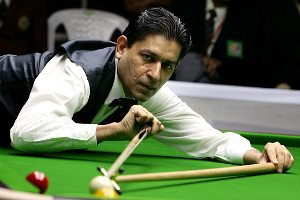 “India has produced several top-ranking players in the past and has no dearth of talent and, therefore, a ranking event of this magnitude would only motivate the promising ones.”

One of these players is ace cueist Pankaj Advani. The 28-year-old from Pune is an eight time World Billiards Champion. He was also the first Indian to reach the quarter-finals of the 2013 Welsh Open.

Advani was the first Indian player to qualify for the Indian Open after whitewashing Romford man Matthew Selt [ENG] 4-0 to book his place in the tournament.

Pronouncing his excitement at the prospect of competing against the World Number 1, Advani said:

“It is so short a format that even the World No 1 or a player in great form cannot be sure of doing well. It can be anybody’s game. But it will be nice if both [Mehta] of us can reach the quarterfinals. It will definitely generate a lot of interest and ensure at least one of us will be through to the semifinals, which will be great.”

Advani will see himself up against World Number 29, Marcus Campbell.
Speaking about his first game, Advani said:

“There will definitely be pressure and a lot of expectations. But there are moments when you feel low during a game and the support from the home crowed can really lift you up.”

World Games Gold Medallist, Aditya Mehta also booked his place in the main draw via the qualifying competition, after a 4-2 win over China’s Xiao Guo Ding. Mehta will face 2002 World Champion, Peter Ebdon in the first round.

Aditya said it’s a dream come true to compete at home in a professional tournament against the top players of the world: 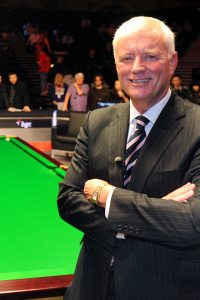 “We did not imagine that this would come so soon in our career, in our life.  I have been playing professionally for last five or six years and this was always a dream that one day we would come back here to a professional tournament. And I’ve been probably wanting to see this day for a very long time,” said the Mumbai-born Mehta.

Both players are hoping to impress in their home country and make it popular there.

Advani and Mehta can be congratulated for increasing the popularity of snooker within India.

“Both of these players are excellent role models for snooker and hopefully their success will help increase participation levels among the youth in India,” said Ferguson [WPBSA], a former professional snooker player.

Geet Sethi, a six-time world champion and professional player of English billiards, also feels that Advani and Mehta have brought about change:

“Pankaj and Aditya are the path-breakers, they have redefined the Indian snooker. They act as an inspiration to young players,” said the seven times National Champion.

“This tournament will reinforce Pankaj and Aditya’s belief system to play in front of the home crowd and take the game to a new level. The event will hugely inspire the young crop of cueists in the country.” 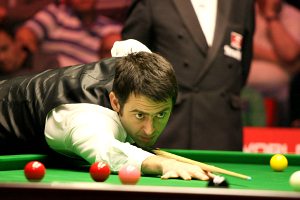 Inspiring these young guns however has to be one Indian who practically dominated the sport; Yasin Merchant was the first professional snooker player in India. He surely has played his part to bring back snooker to the home country.

Now with the Indian Open in the horizon, it won’t be long till we see if the enthusiasm for snooker will increase. But Ferguson is completely sure that India will wholeheartedly enjoy it:

“The people in India really love our game and I’ve no doubt this event will be a great success and provide a basis for snooker’s growth there.”

But what is the sport, without its champion. Temperamental, eccentric or snooker genius, five times World champion Ronnie O’Sullivan is the big draw at any event – but only if he turn ups:

“We know he’s signed a contract to appear in ten events this year. This might be just the missing link, hopefully the Indian open will be one of the ten,” said Ferguson.

But it’s not about him alone. The tournament features a dazzling array of stars, with each being a magician with a cue. Hopefully snooker enthusiasts will pick up a trick or two.