Payal Rohatgi and Sangram Singh enjoyed their pre-wedding festivities with their family members. The couple also posed for pictures.

"Some grooves, love and lots of fun."

Payal Rohatgi and her boyfriend, wrestler Sangram Singh are set to tie the knot on July 9, 2022, and their pre-wedding celebrations are on in full swing.

Taking to Instagram, the couple, their teams, and Payal’s brother Gaurav Rohatgi posted several pictures from their sangeet and mehendi celebrations.

In the new photos, Payal and Sangram Singh are seen holding hands and smiling looking at each other.

The festivities started with the mehendi ceremony and was followed by sangeet.

For her sangeet ceremony, Payal wore a cream-coloured lehenga and accessorised with traditional jewellery. 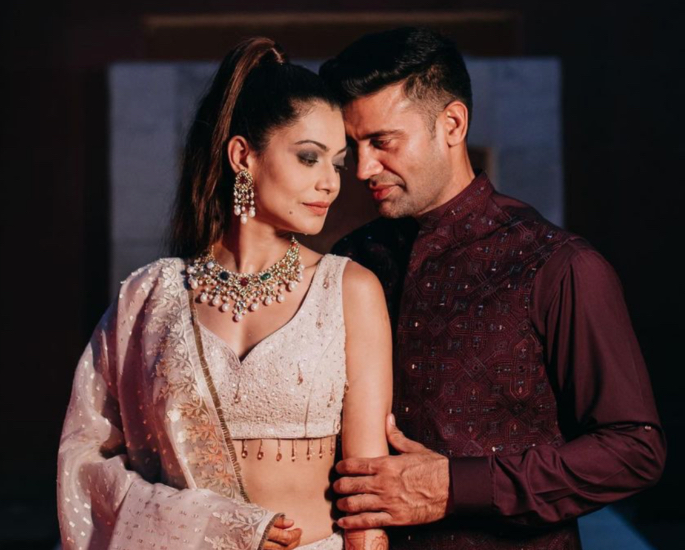 Sangram, for the occasion, wore a maroon and cream-coloured Indo-Western outfit.

On his Instagram, Gaurav posted several photos as he and their mother performed a ritual.

As Payal sat on a couch, they placed a red dupatta on her head and gave her a gift.

They also kissed on her head as she smiled. He captioned the post, “The greatest gift God gave us is each other (red heart emoji) #sangeet #familylove.”

He geo-tagged the location as Jaypee Palace Agra. 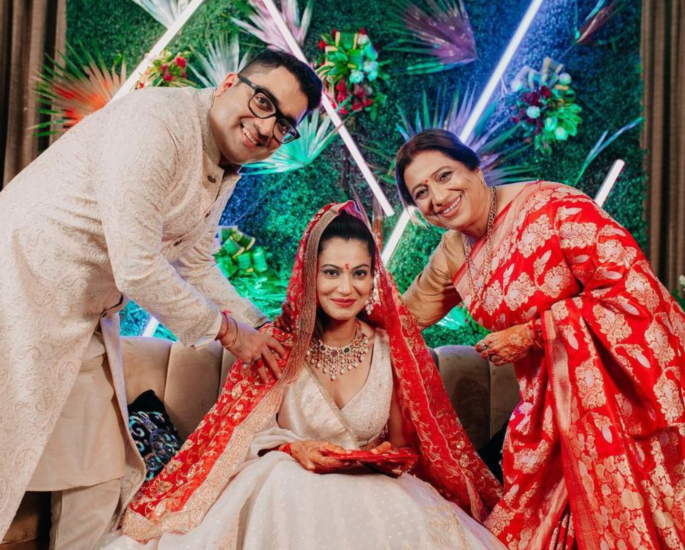 The photography team also posted several pictures of the couple from their photoshoot on sangeet.

In the photos, the duo gave different poses for the camera.

Payal and Sangram sat next to each other and smiled as they looked at one another, in one of the pictures. He was also seen holding her in a photo.

The photos were shared with the caption, “Some grooves, love and lots of fun. That’s what sangeet night is for. Glimpse of @payalrohatgi & @sangramsingh_wrestler sangeet happened last night.” 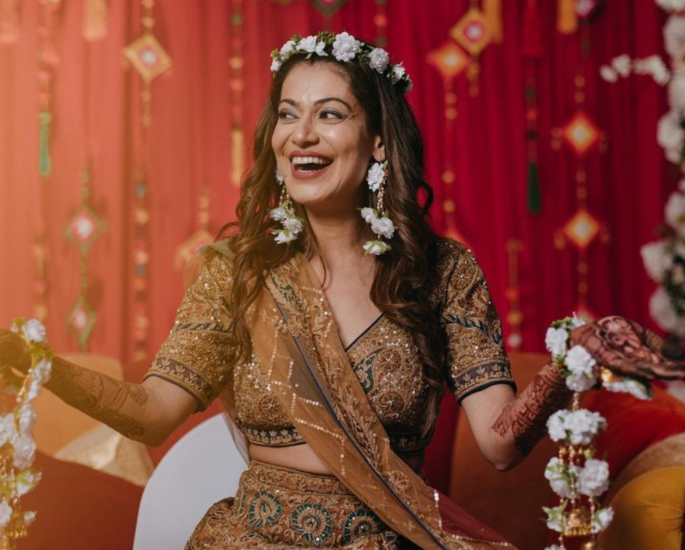 For the occasion, Payal wore a brown embellished lehenga and accessorised with flower jewellery. Sangram was dressed in navy blue ethnic wear.

In the pictures, Payal smiled and gave different poses to the camera. “Trust the process. Your time will come,” she wrote.

In one of the posts, Payal and Sangram Singh looked at each other smiling as he got his mehendi done.

Sangram was seen looking at Payal’s palm in a photo. The caption read, “A woman’s most precious jewel is the man she marries.”

Payal and Sangram, who have been dating for about 12 years, will get married on July 9, 2022, at an intimate ceremony in Agra.

After their wedding, they will host a reception party in Delhi.

The show, produced by Ekta Kapoor, pitted 20 contestants against each other in a jail-like setting.

Ravinder is a Journalism BA graduate. She has a strong passion for all things fashion, beauty, and lifestyle. She also likes to watch films, read books and travel.
Kangana Ranaut claims ‘Dhaakad’ is a victim of negative PR
Jacqueline Fernandez shares 1st poster of Tell It Like a Woman