Anaemia happens when you are deficient in iron, resulting in negative effects. Here are 10 of the best foods to help with anaemia.

The iron in shellfish is heme iron

Incorporating iron into your diet is essential as a lack of iron could lead to anaemia.

Iron is an essential nutrient as it has several important functions, the main one being to transport oxygen throughout the body as a part of red blood cells.

The amount of iron needed is:

However, a deficiency can occur if your iron intake is too low to replace the amount you lose every day.

This could lead to anaemia. Some of the symptoms include fatigue, shortness of breath, headaches and even anxiety.

Fortunately, there are several good foods that are rich in iron to help with anaemia.

Here are 10 foods that are high in iron. 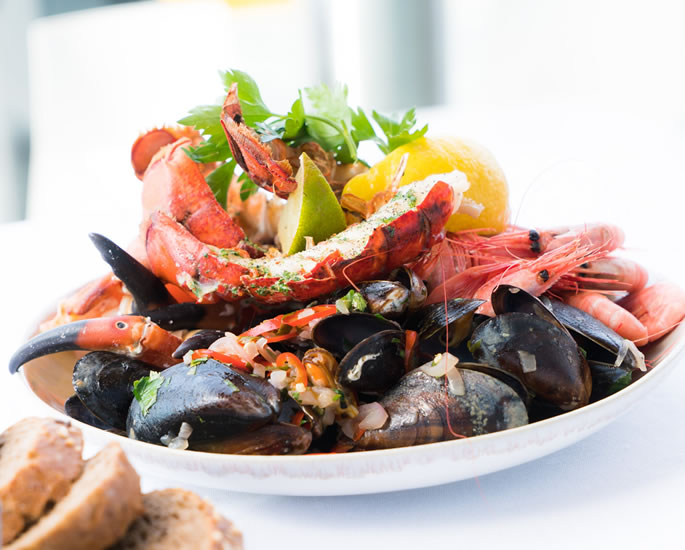 Shellfish is a tasty option when it comes to looking for iron-rich foods to help with anaemia.

While all shellfish is high in iron, clams, oysters and mussels are particularly good sources.

For example, a 100g serving of clams may contain up to 3mg of iron. But ensure to check the type of clam because some types contain much lower amounts of iron.

The iron in shellfish is heme iron, which is absorbed by the body more easily than non-heme iron that is found in plants.

In addition to being rich in iron, shellfish is also highly nutritious, being high in protein, carbohydrates and Vitamin C.

According to PubMed Central, shellfish has been shown to increase levels of good HDL cholesterol in your blood.

There are concerns about mercury and toxins in certain types of shellfish which may put people off from eating it, however, the benefits far outweigh the risks. 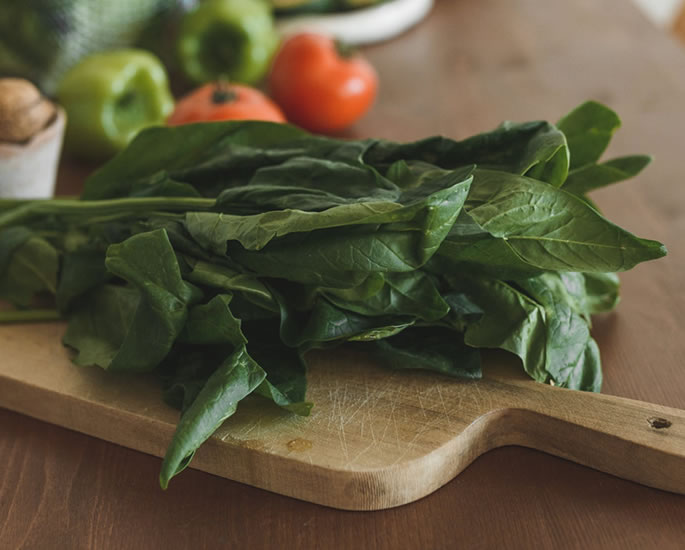 Spinach provides many health benefits, including the fact that it is high in iron, containing 2.7mg in 100g of raw spinach.

While this is non-heme iron, which is not absorbed very well, spinach is also rich in Vitamin C.

This is beneficial because Vitamin C boosts iron absorption.

Spinach is also rich in antioxidants called carotenoids, which may reduce the risk of cancer and inflammation. It may also protect the eyes from disease.

To increase calorie count, it is recommended to consume spinach with fat to help the body absorb the carotenoids.

One dish to consider is saag paneer as it combines the leafy green vegetable with paneer, a rich source of fat. 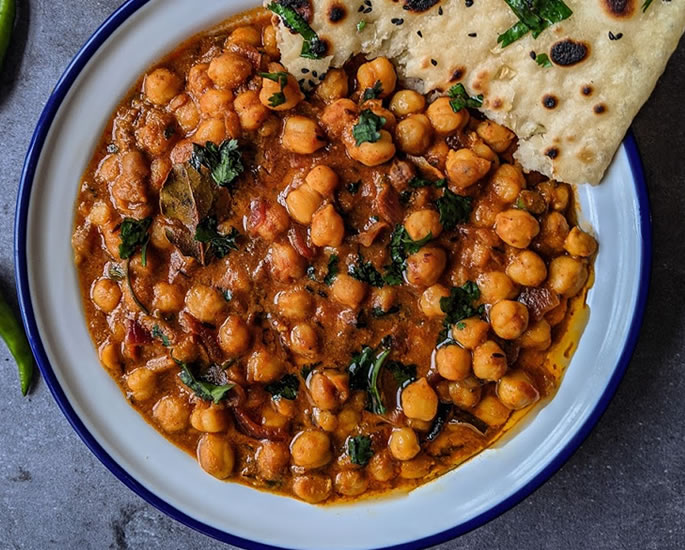 For those suffering from anaemia, it is recommended to incorporate pulses into your diet.

Some pulses include lentils and chickpeas. These are common ingredients within South Asian cuisine, so for South Asian people with anaemia, eat more pulses.

They are a great source of iron. One cup of cooked lentils contains 6.6mg.

Other pulses like black beans and kidney beans can also increase your iron intake. For example, 86g of cooked black beans provides approximately 1.8mg of iron.

Pulses are also high in folate, magnesium and potassium.

Studies show that beans and other pulses can reduce inflammation in diabetic people. Pulses can even decrease the risk of heart disease in those with metabolic syndrome.

This iron-rich food group is also helpful when losing weight as they are high in soluble fibre, which increases the feeling of fullness.

According to one study, a high fibre diet containing pulses was shown to be just as effective as a low carb diet when losing weight.

Eat pulses with foods that are high in Vitamin C in order to maximise iron absorption. 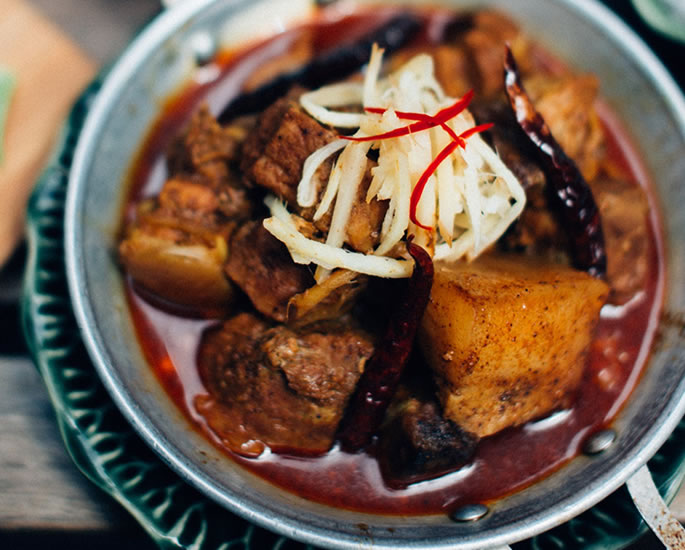 Red meat is a satisfying meal option as it is high in iron.

Just a 100g serving of ground beef contains 2.7mg of iron, meaning it is one of the best foods to combat anaemia.

It is likely that red meat is the most accessible source of heme iron, making it a very important food to have if you suffer from anaemia.

Other red meats to consider include lamb and venison.

In some cases, iron is retained better after exercise when consuming meat compared to iron supplements. 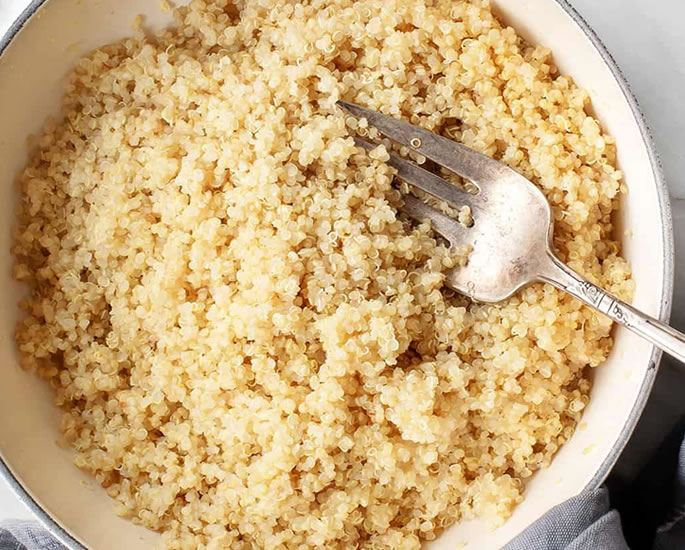 This popular grain is mainly known for its health benefits which is why many people have it instead of rice during their meals.

Quinoa is also a great food to have if your body is lacking in iron as 185g of cooked quinoa provides 2.8mg of iron.

It is also a good food to have if you are gluten intolerant because quinoa contains no gluten.

Compared to other grains, quinoa is also higher in protein. It is also rich in magnesium, folate and manganese.

Also, quinoa contains more antioxidants. This is beneficial as antioxidants help protect your cells from damage from free radicals.

Free radicals are formed during metabolism and in response to stress. 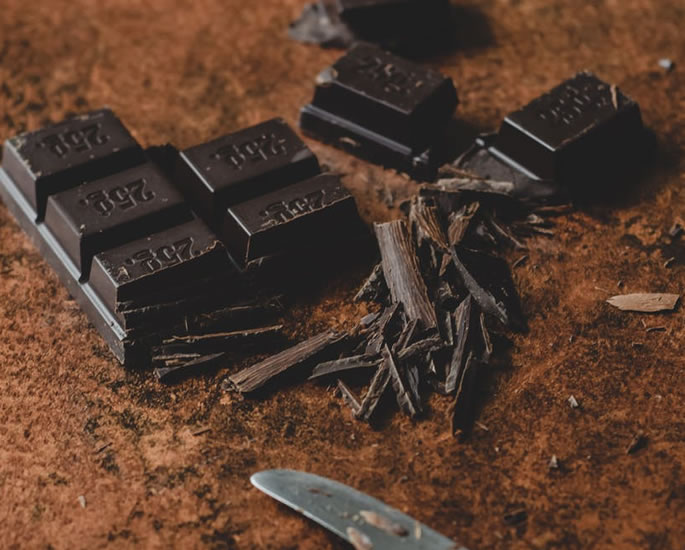 It also provides a tasty sweet treat for those with anaemia as a 28-gram serving contains 3.4mg of iron.

Studies have shown that dark chocolate is high in antioxidants and has beneficial effects on cholesterol.

But not all chocolate is the same, it is believed that flavanols are responsible for the benefits. In dark chocolate, the flavanol content is much higher than that of milk chocolate.

In order to get the most nutritional benefits, it is recommended to consume dark chocolate with at least 70% cocoa. 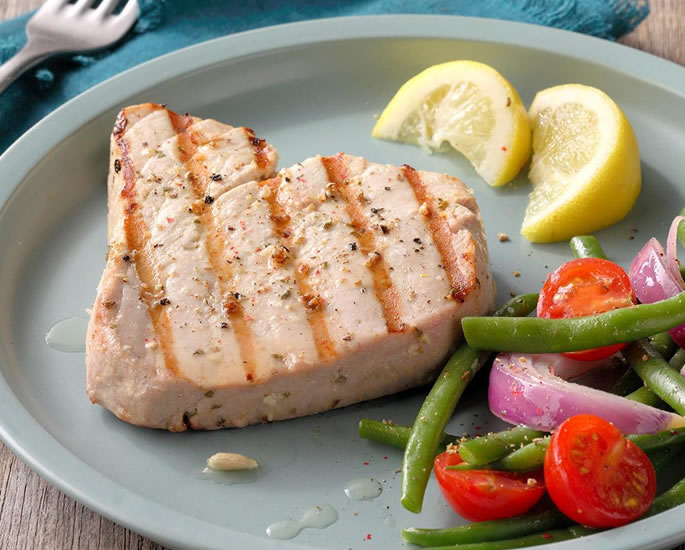 Varieties of fish such as tuna are especially high in iron.

Just an 85g serving of canned tuna contains approximately 1.4mg of iron, making it ideal for those with an iron deficiency.

Fish is also rich in the likes of niacin, selenium and Vitamin B12, all essential nutrients.

While tuna is one type of fish to have, other iron-rich options include sardines, haddock and mackerel. 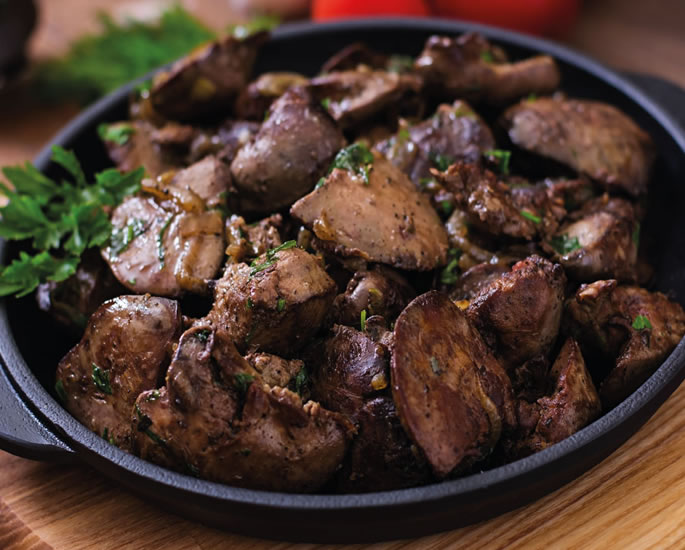 Although people tend to stay clear of liver and organ meat, they are very high in iron.

One 100-gram serving of liver contains 6.5mg of iron. This makes liver one of the most effective foods to eat to help anaemia.

It is also high in protein, copper and selenium.

Liver is especially high in Vitamin A. One hundred grams of pan-fried liver provides 520% of your daily intake of Vitamin A.

It is also among one of the best sources of choline, something many do not get enough of.

Choline is an important nutrient for brain and liver health.

For pregnant women, it is recommended to avoid eating liver. 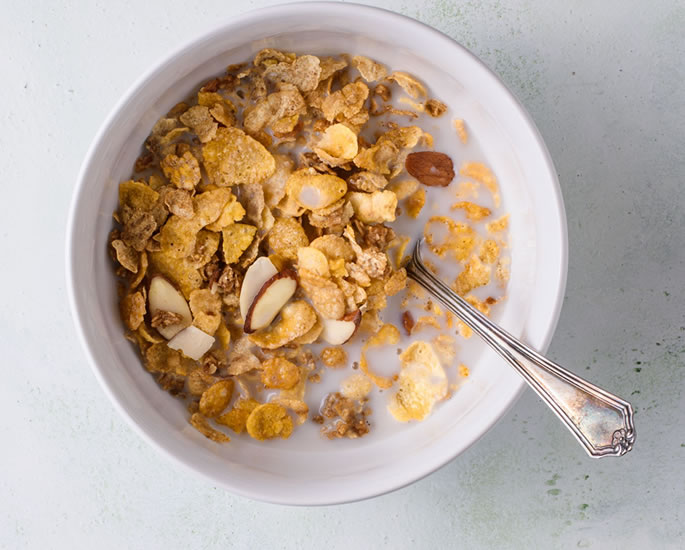 While some breakfast cereals are high in nutrients, opt for a fortified version if you want to increase your iron intake.

For example, raisin bran contains 9.39mg of iron per cup, making it an excellent source to help with anaemia.

It also contains a high amount of fibre, something which is typical in fortified cereals.

Dietary fibre can help lower the chances of developing diabetes and heart disease.

Fortified cereal is high in iron but make sure to check the nutrition label as the amount of iron per serving varies in each cereal.

Also, ensure to opt for the fortified cereal with the least amount of added cereal. 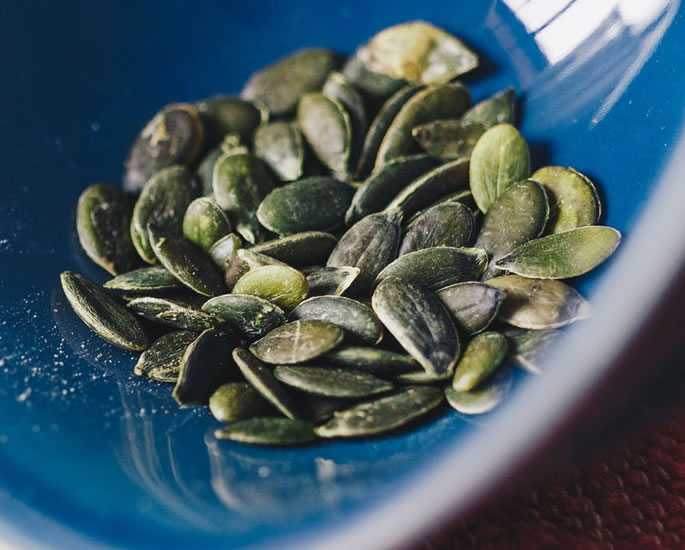 Pumpkin seeds are an effective way to help with anaemia as they are a snack that can be enjoyed on the go, meaning you can increase iron intake at any time of day.

A 28g serving of pumpkin seeds contains 2.5mg of iron.

Pumpkin seeds are also rich in Vitamin K, zinc and manganese. They are also one of the best sources of magnesium.

Magnesium is a nutrient that helps to reduce the risk of insulin resistance, diabetes and depression.

These 10 iron-rich foods will help with anaemia if you are suffering from it and will also provide other essential nutrients.

But it is important not to consume too much iron otherwise there is the possibility of stomach pains and nausea.

For more advice, it is recommended to speak to a GP or registered dietitian.

Dhiren is a journalism graduate with a passion for gaming, watching films and sports. He also enjoys cooking from time to time. His motto is to “Live life one day at a time.”
10 Best Sugar-Free Chocolate Bars to Eat
The Fat Buddha named UK’s Best Curry Restaurant