As one of the staple foods in South Asia, there are many tasty daal recipes that will create a heartwarming meal. Here are seven to try out.

It originated in the Indian state of Punjab and is a staple dish there.

Daal is a staple within Indian cuisine so it is no surprise that there are various daal recipes out there to please the tastebuds.

Also spelt dal or dhal, they are one of the most versatile, healthy and filling meals you can create.

Its versatility is the main reason why it is so popular in South Asian countries like India. Most of the population is vegetarian and the plethora of daal dishes is why they opt for them.

While there are meat dishes which use lentils, the vegetarian ones are regarded as classic Indian dishes.

Lentils are combined into a thick, hot stew and served alongside roti and rice. However, there are also daal recipes which are dry to fully showcase the lentil.

This hearty dish has also had a long history filling stomachs. It is said that daal dates back to around 303 BC.

With different types of lentil, an array of dishes can be made which offer different flavours. Here are seven step-by-step guides to follow. 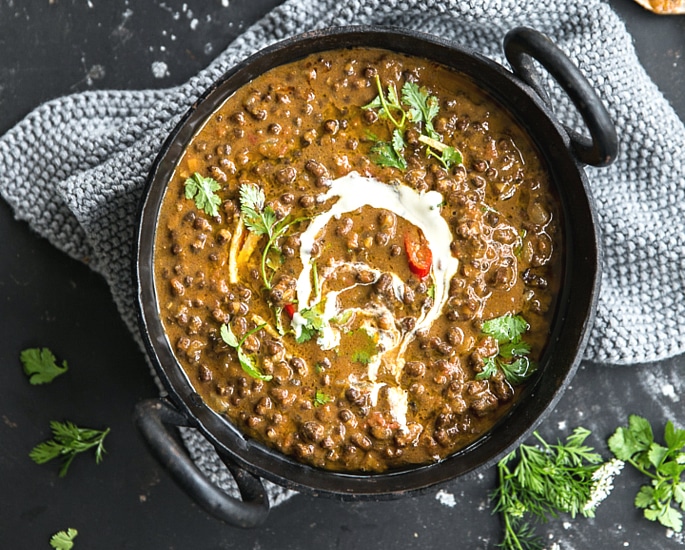 Daal makhani is renowned for having a creamy consistency and rich texture. This is because it is cooked with butter and sometimes finished with some cream.

It originated in the Indian state of Punjab and is a staple dish there. It is a versatile dish as it can be served as a side dish or as a delicious main meal.

This vegetarian option is great alongside roti but it also pairs well with rice.

This recipe was adapted from Cook with Manali. 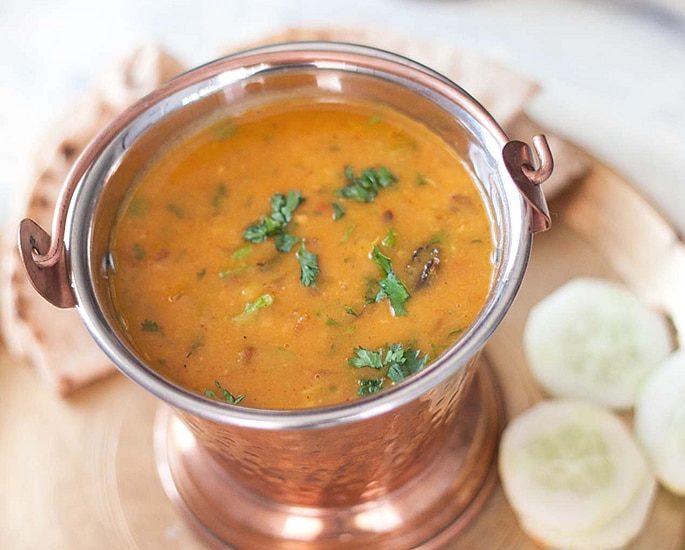 Daal fry is a dish which features a more intense array of flavours as opposed to the creamy, mild ones usually associated with daal.

This daal recipe features onions and tomatoes which are cooked with various spices.

The lentils are added along with the water it has been boiled in to create a wonderful sauce.

It is the sauce which carries all the flavour which is why this dish is perfect with rice as it absorbs the sauce and all its flavour.

For the Daal Fry 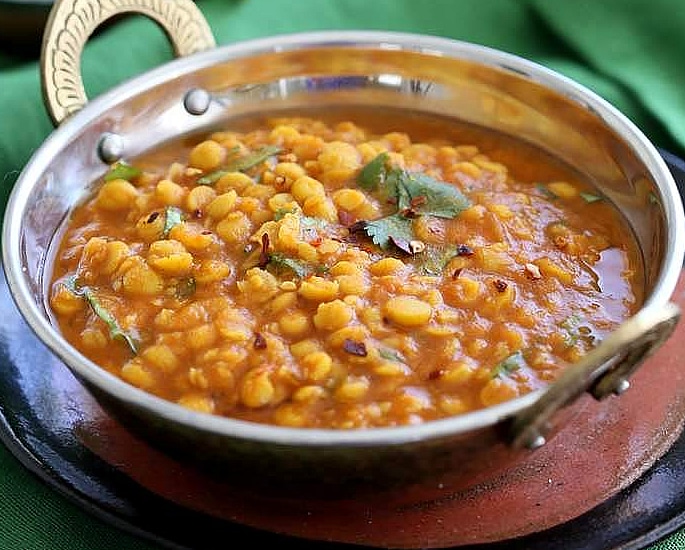 Chana daal is a delicious vegetarian recipe that is healthy and packed with protein.

Like tarka daal, it uses split chickpeas but while that has a mild flavour, chana daal has more of a nutty flavour.

Cumin seeds are roasted and tempered in order to achieve the flavour. This is one of several daal recipes which use tempering as a method of cooking. 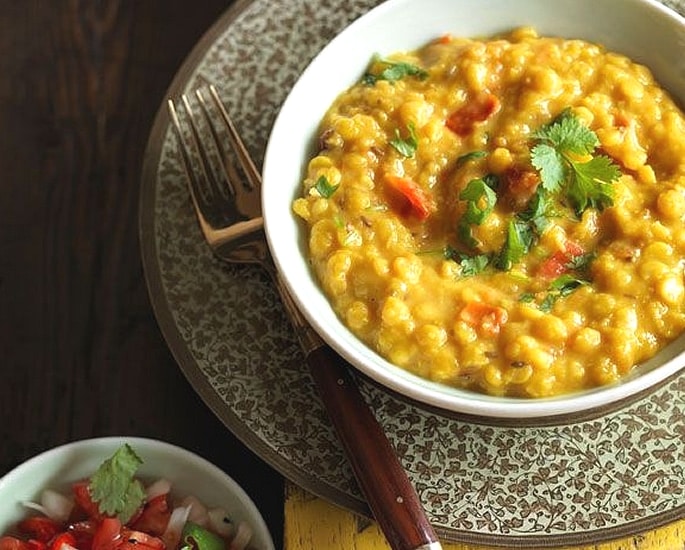 Tarka daal is a popular Indian vegetarian curry that is simple to make. Its mild flavours and creamy texture is what makes it so enjoyable.

The word tarka refers to the few ingredients that are used. They are fried up and stirred in at the end.

Ingredients like garlic and ginger give it unique flavour combinations to create a hearty meal.

This recipe was adapted from Red Online. 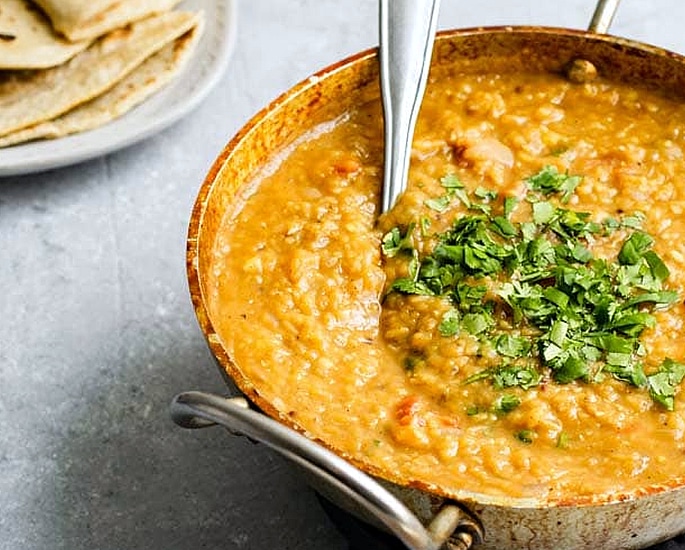 Masoor daal is a popular choice in the Indian subcontinent when it comes to daal recipes.

It is red in colour and is quite soft, meaning that it does not need prior soaking. The quick cooking time means it is an ideal meal.

This particular recipe has quite a rich sauce but it is filled with flavour and the lentils throughout means that the dish has a nice texture to it.

This recipe was inspired by The Curious Chickpea. 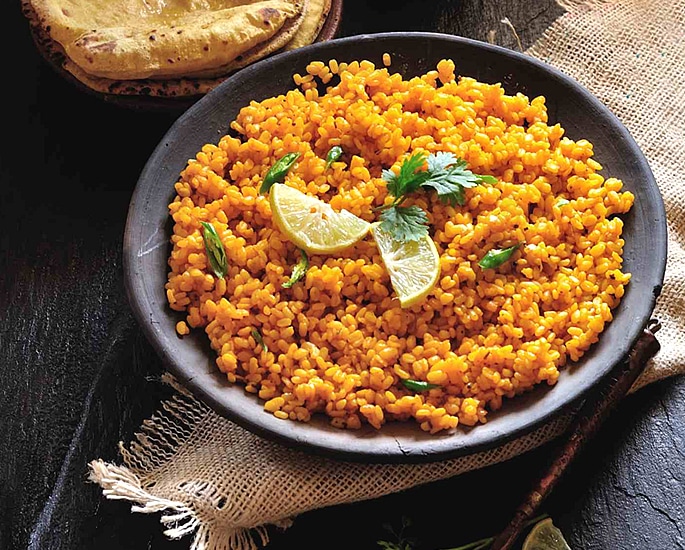 Moong daal is one of the most well-known types of lentil thanks to its vibrant yellow colour. It is also one which is able to maintain its shape after boiling.

While moong daal dishes are usually soupy, this particular recipe is dry.

This ensures that the lentils are showcased to the max and there is a depth of texture.

This recipe features intense flavours especially because it is dry, so all the flavour goes into the lentils as opposed to the soup. 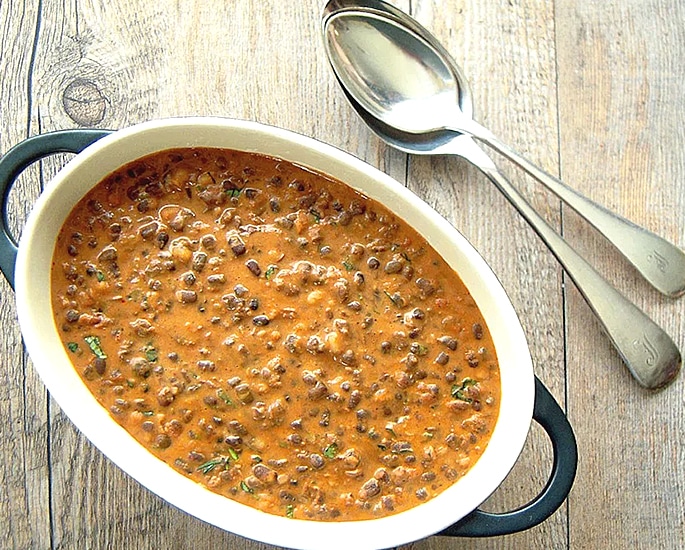 Daal is usually cooked in a creamy gravy, but daal bukhara is simmered in a tomato-based gravy instead.

Therefore, the flavour is more intense and has a slight acidity to it. But, spices like chillies and cinnamon add more layers of flavour.

It uses a black lentil (urad daal) and the dish is slow cooked to achieve a velvety smooth consistency.

This recipe was inspired by Kannamma Cooks.

When it comes to delicious vegetarian dishes these daal recipes live up as they boast an array of flavours and are filling.

While some have more intense flavours than others, these daal recipes showcase the variety of lentils and how versatile they are.

They also show a simple preparation process. So for those who want a heartwarming meal, give these a try.