An attempt by a Pakistani man to smuggle 1.5kg of gold to the UK hidden in a domestic iron was foiled by Pakistan’s Airport Security Force officials.

when security officials opened the iron they found 1.5kg of gold hidden

On Saturday, June 2, 2018, from Allama Iqbal International Airport in Lahore, Pakistan, Shahzad then was to travel to Manchester, in the United Kingdom, from Islamabad airport.

ASF security officials were alerted at Islamabad airport about the man and his attempt to take the gold to the UK.

Shahzad was about to board flight EK613 from Islamabad bound for Manchester when the security officials seized and checked his luggage.

Upon opening a suitcase, they found the clothes iron. Then, when security officials opened the iron they found 1.5kg of gold hidden inside.

The gold they found which is said to be worth a million Pakistani rupees, was then taken away by the officials and a criminal case was registered against Arbab Shahzad for trying to smuggle gold to the UK in this illegal manner.

A further investigation will be conducted against the charged man who was then taken into custody by airport officials and police.

This is not an isolated case for the ASF.

There have been many attempts by individuals trying to leave Pakistan with the aim to smuggle valuable commodities including highly valued street drugs which have been foiled by the security services. 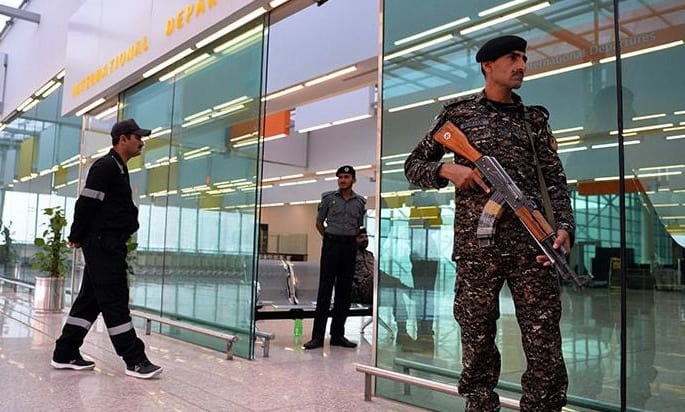 On Thursday, June 7, 2018, a passenger was intercepted by the airport authorities trying to smuggle heroin from Pakistan to Doha in Qatar.

The man who was acting as a drug mule had ingested 80 special capsules filled with heroin in a bid to smuggle them out of the country before being caught by the ASF.

The suspect was taken to hospital thereafter, where he was given treatment and medical procedures to extract the capsules from his stomach were conducted on him.

Another case of illegal drugs trafficking prevented by the security officials was that of a mother and child who tried to smuggle over 1.25kg of ice heroin to Muscat from Islamabad airport on Monday, June 4, 2018.

The mother, a Shabnam Riaz and her son Arbaqan, were travelling to Muscat by private jet from New Islamabad International Airport when their baggage was searched.

The outcome of the luggage search resulted in ASF security officials finding the heroin hidden inside clothes packaging.

The drugs were seized and the mother was arrested along with the child.

They were then handed over to Pakistan’s Anti-Narcotics Force officials who registered a case against the woman and commenced an investigation into the attempt to smuggle the illegal drugs out of the country.

The work carried out by the ASF and associated agencies to stop people like Arbab Shahzad and others trying to smuggle illegal items out of Pakistan to foreign countries is of paramount importance, in a bid to stop the infiltration of illegal drugs and illicit gold reaching destinations like the UK.

Nazhat is an ambitious 'Desi' woman with interests in news and lifestyle. As a writer with a determined journalistic flair, she firmly believes in the motto "an investment in knowledge pays the best interest," by Benjamin Franklin.
Heathrow Security Man jailed for Cocaine Smuggling
Man jailed for Abusing Ex-Girlfriend using Fake Facebook profile