An Indian man was arrested at a Manipur airport after he was found to be smuggling nearly a kilogram of gold paste inside his rectum.

Police arrested an Indian man at Imphal Airport in Manipur after it was found that he had smuggled nearly one kilogram of gold paste inside his rectum.

The man, identified as Mohammed Shariff, was a resident of Kerala.

According to an officer, Shariff claimed he was merely the carrier of the gold, not the owner.

It was reported that Shariff was flying from Imphal Airport to Delhi when an official from India’s Central Industrial Security Force (CISF) became suspicious of his behaviour during security checks.

Shariff was taken into a room for questioning but “could not reply satisfactorily”.

He was then taken to a medical examination room where an X-ray revealed four packets inside his abdomen.

Shariff then admitted to carrying four capsules of gold that was in the form of paste inside his rectum. 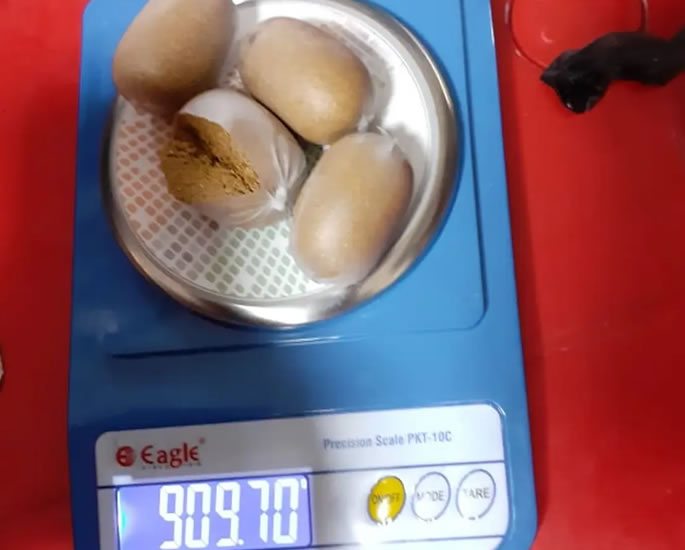 The agency recovered the gold and it weighed approximately 910 grams. The amount is believed to be valued at around £41,000.

The CISF handed the suspect over to the airport customs department of Imphal for further interrogation.

It was reported that he was released on bail on September 28, 2021.

While Shariff claimed he was only the carrier of the gold, his role in the smuggling operation is being thoroughly investigated.

An officer said that Shariff ran a clothing business in Kerala and had not been arrested for any crimes in the past.

In a previous incident, two people from Gujarat were arrested for smuggling gold in December 2019.

The woman was identified as Hari Jethani, while the man was named Mayur Rohira.

It was revealed that Jethani and Rohira had been suspected by Customs officers, however, the investigation initially proved to be difficult.

After an in-depth investigation, officers were able to trace where the gold was being concealed.

Both had concealed the contraband in a piece of rubber. Jethani hid the gold under her clothes while Rohira decided to hide the gold in his rectum.

In India, the demand for gold increases during the final months of the year as preparations for major festivals are made.

Manipur borders Bangladesh and experts say it has emerged as a major route for smuggled gold into India.

Smugglers have become more creative of late, with authorities discovering gold bars sewn in clothes or hidden in oral cavities, and some using wheelchairs to conceal their illicit cargo.

In August 2021, the Indian Gold Policy Centre said 300 tonnes of gold is estimated to be smuggled every year into the country, leading to huge revenue losses for the government.

Dhiren is a journalism graduate with a passion for gaming, watching films and sports. He also enjoys cooking from time to time. His motto is to “Live life one day at a time.”
Bolton Man Shot Dead during a Trip to Pakistan
Fashion Brand criticised over ‘Discriminatory’ Job Advert