Can you recognise the childhood photos of Bollywood celebrities? Take a trip down memory lane, as we glance at some of their rare photographs.

Her adorable smile and the cheeky appearance shows a cute and playful Kareena.

Take a trip down memory lane, with cute childhood photos of Bollywood celebrities.

We are going back in time to take a look at some of Bollywood’s biggest stars in their early years.  Either as cute babies or young children, these candid photos capture the big names before they were superstars.

Though they may now be regarded as the sexiest and most stylish people in town, these leading lights were also once adorable and goofy!

While some of them have been blessed with beauty from a young age, others have blossomed with time.

Then and now, fall in love with these lovable childhood photos of Bollywood celebrities. 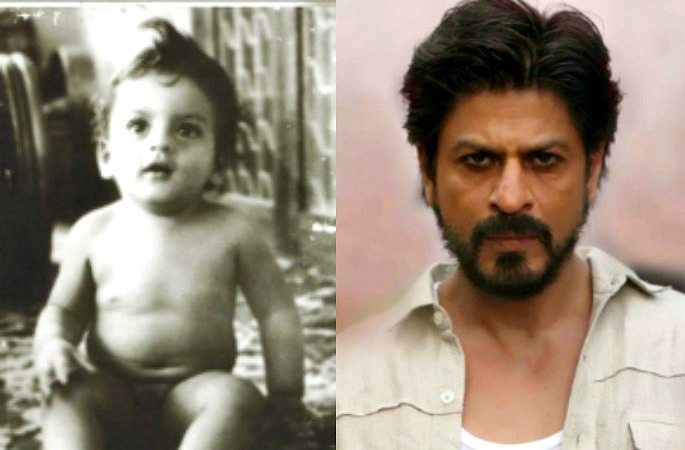 Now in his 50’s and rocking a suave beard, Shahrukh Khan’s charismatic smile and signature dimples are his best assets. After lighting up the silver screen for over twenty years, we have watched a youthful Shahrukh age incredibly well over the years.

In this sweet black and white photograph, we see the King as we have never seen him before! His sweet round face and endearing eyes are adorable. Do we see this cuteness resemble in his young son Abram? 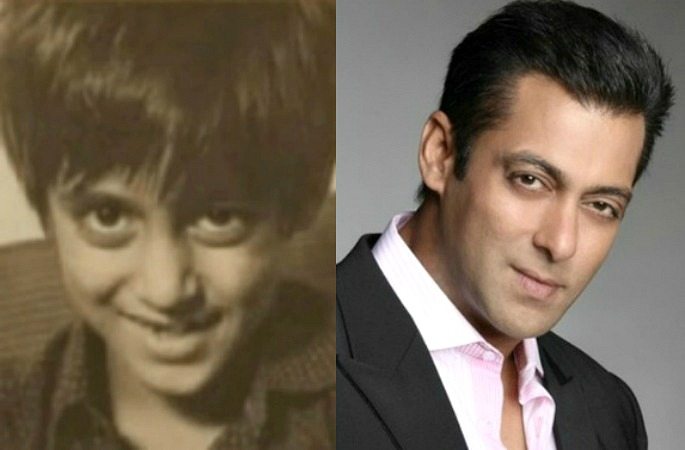 When you think of the Bhai of Bollywood, you often think of his big eyes, which give away his cheeky personality. In this candid shot of the superstar, it’s clear to see that not much has changed!

Still smiling and still cheeky, this star’s personality has only grown over the years. Full of energy, this fun shot of Salman captures his dazzling smile. 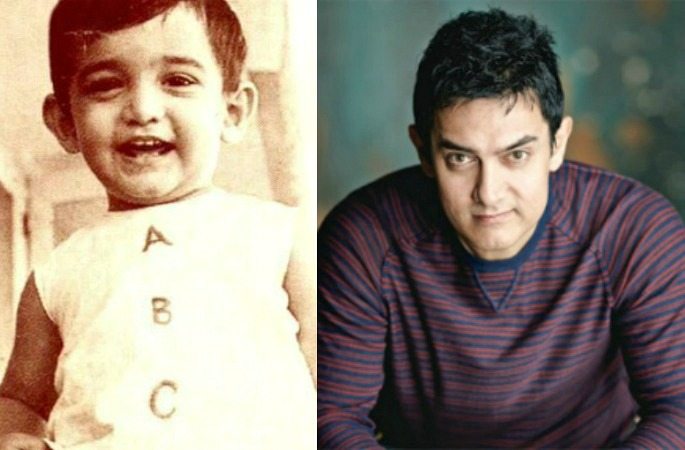 Now known for racking up hit films, Aamir Khan is undoubtedly one of India’s most successful actors. After ‘Qayamat Se Qayamat Tak’ (1988), he instantly became a sensation. An overnight heartthrob, the young hunk made all the girls swoon.

That’s why it comes as no surprise that he was also gorgeous as a young baby! With a big beaming smile, Aamir’s face is recognisable.

These childhood photos of Bollywood celebrities reveal just how super adorable they were! 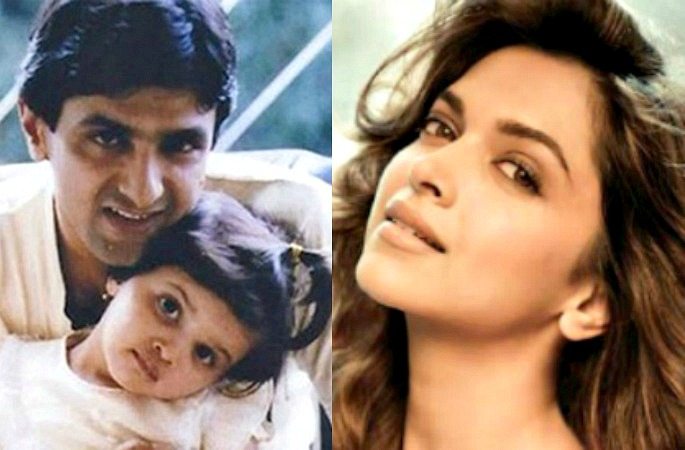 A tall dusky beauty, Deepika Padukone is an international star. However, before she became a super successful actress, this young lady was pursuing professional badminton. As a daughter of famous badminton player, Prakash Padukone, she was initially going to follow in his footsteps.

Always known as daddy’s little girl, this endearing photo of her in her father’s arms is a charming reminder of their sweet relationship. Her big brown eyes, which remain as one of her most beautiful features, are still as angelic as in this photograph. 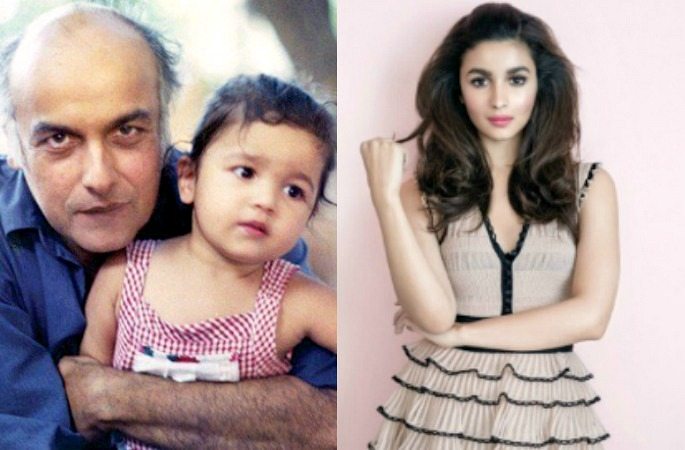 They are some childhood photos of Bollywood celebrities that will surely make you go ‘aww.’

One of the cutest young female Bollywood stars in the industry, Alia Bhatt’s youthful beauty is what makes her so likeable. This photograph in her father’s arms just expresses how laadli she has always been!

Her beautiful charming smile and the gorgeous dimples, haven’t changed at all. In this sweet moment with her father Mahesh Bhatt, she resembles her sister Pooja Bhatt. 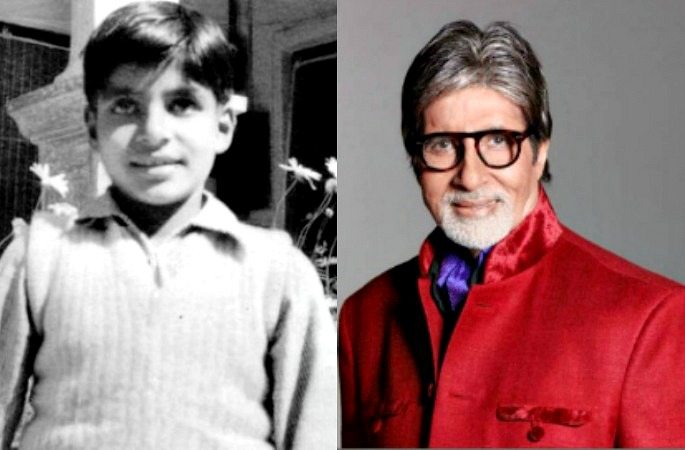 In this black and white photograph of the legend, we see the star before he became a phenomenon. A young and smiling Amitabh, with striking face features. And, it seems like he was made for the film industry. 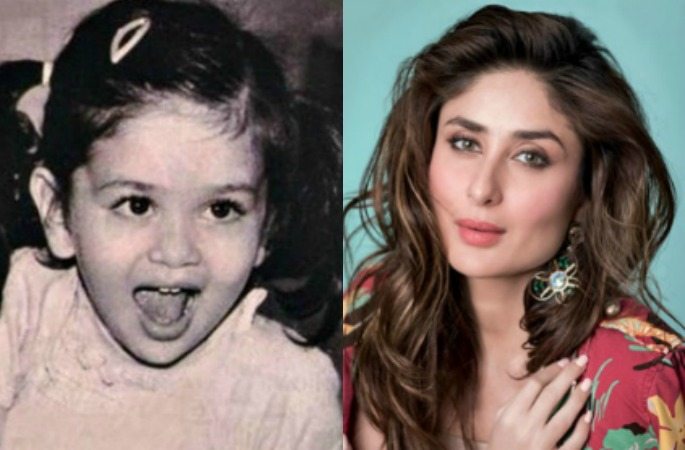 Childhood photos of Bollywood celebrities are totally loveable! See this one of Kareena Kapoor Khan.

Mesmerising her audience on screen and delivering outstanding performances, Kareena is a superstar in her own right. From a family of beautiful people, it’s no surprise that Kareena was such a beautiful young child.

In this photograph, her adorable smile and the cheeky appearance shows a cute and playful Kareena. Now a mother herself, we are looking forward to seeing whether Taimoor takes after his mother or his father’s cuteness. 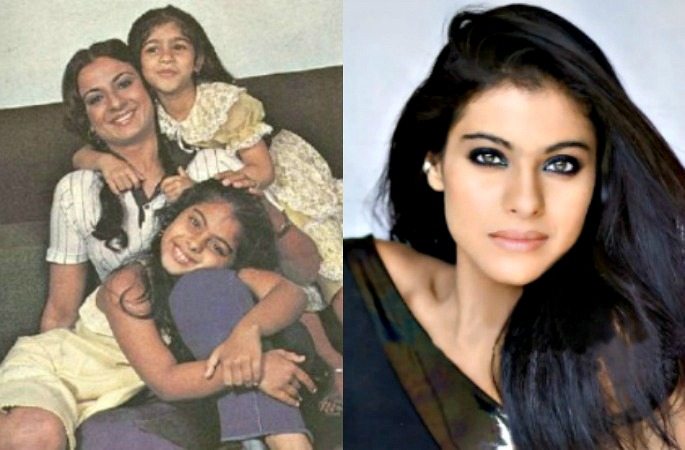 Capturing Kajol with her younger sister and mother Tenuja, this loving picture of the three shows their strong bond, which they still share today. With her mother being a successful actress, Kajol’s destiny to enter films was no surprise.

Though she has kept her famous unibrow, Kajol has surely blossomed. Now a celebrated actress, this dusky beauty has and remains a superstar. 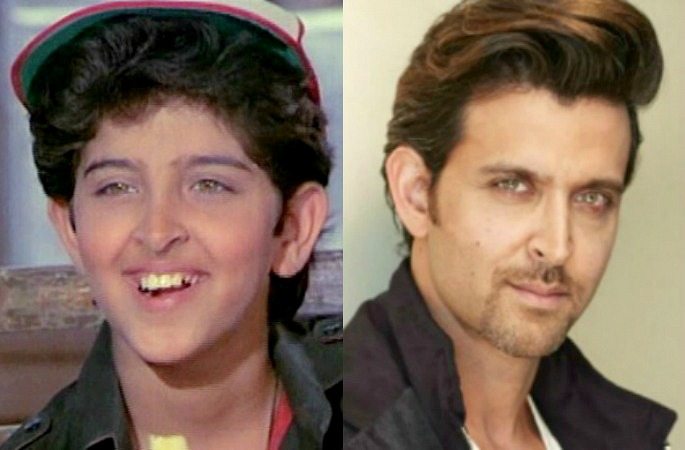 Often dubbed as one of the sexiest stars in Bollywood, this stylish star has become one of the suavest men in the industry.

Though he now has a perfect smile, a chiselled six pack, and golden highlights, he was once a cute and goofy child.

This action shot of a youthful Hrithik shows him with a sweet grin. His light eyes and curly hair, make him recognisable in this old photograph.

The appearances of Bollywood celebrities draw a lot of attention and often become the ‘in’ fashion.

These endearing golden photographs, show the younger, yet, natural poses of these celebrities, way before they became superstars, capturing their innocent childhood.

Momena is a Politics and International Relations student who loves music, reading and art. She enjoys travelling, spending time with her family and all things Bollywood! Her motto is: “Life is better when you're laughing.”
Will Sunil Grover Make an Appearance on Indian Idol?
Vidya Balan set to Star in Biopic of Indira Gandhi?