BSkyB have announced new plans to increase diversity by introducing new quotas, with 20 per cent of staff now required to be from ethnic minorities.

Television fails to represent the cultural mix and diversity that watch its shows.

BSkyB have announced plans today to increase their number of actors and writers from ethnic minorities to 20 per cent by 2016.

This target from Sky applies to their range of channels including Sky1, Sky Arts, Sky Atlantic and Sky Living.

All UK commissioned shows will have to meet this standard of diversity, but Sky News will not.

This 20 per cent is a small improvement on the current 14 per cent of ethnic minorities that we currently see on screens, and will include ‘significant roles’ in productions.

Figures released in the last few years have shown that overall representation of Black, Asian and Minority Ethnicities (BAME) in TV and film fell from 7.4 per cent in 2009 to 5.4 per cent in 2012. 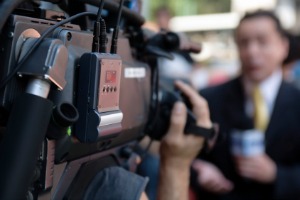 Sky’s Director of Entertainment Stuart Murphy said: “Sky is dedicated to making programmes that feel representative of every one of the millions of viewers that watch our content every day, whatever their colour.

“Our aim is to kick start a sea change in the on screen representation of ethnic minorities on British television.”

They have also vowed to help minority workers to succeed in gaining senior production roles in all new programmes that will be made. The initiative will not be applied to existing shows which already have set characters or formats.

Currently we have a handful of British Asian actors appearing on British Television, from the likes of the Masood family in Eastenders, Citizen Khan, Jimmy Harkishan in Coronation Street and Saira Choudhry in Hollyoaks. But these faces simply represent a small faction of the creative talent of the British Asian community.

This promise to encourage workers from minority backgrounds comes not long after the BBC announced a pledge to increase their BAME workers to 15 per cent in the next few years.

The BBC had promised to spend £2.1 million to start fast-track BAME projects and actors on the screen. To achieve 15 per cent would be an increase of 5 per cent on the number of BAME workers that they currently employ. It was suggested that some money would be spent on more specialist training schemes. 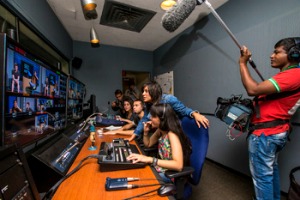 But is this enough? Previously, actors such as Lenny Henry have spoken out against the ‘appalling’ lack of diversity in British broadcasting.

Henry believes the current situation is ridiculous, saying: “The majority of our industry is based around London, where the black and Asian population is 40 per cent.”

He points out that minority actors like Archie Panjabi (The Good Wife) and Parminder Nagra (Bend it like Beckham, ER) have had plenty of success, but in the US, rather than the UK.

He adds: “They didn’t need more training. They needed a break.”

So are quotas really the answer, and will they actually help to encourage diversity and BAME achievement? Currently, television in Britain fails to represent the cultural mix and diversity that watch its shows.

Natasha, 21, thinks that the move from Sky is ‘brave and encouraging’, and hopes it will help UK television to celebrate BAME actors the way that America does.

Lucie, also 21, also agrees, saying: “There should be more opportunities for British Asians to try out the profession to see if they have the talent.”

How much change these new quotas will bring in the next few years remains to be seen.

Rachael is a Classical Civilisation graduate who loves to write, travel and enjoy the arts. She aspires to experience as many different cultures as she can. Her motto is: “Worry is a misuse of imagination.”
Nana Patekar plays Humanitarian in Hemalkasa
Singham Returns ~ Review