Hemalkasa is a touching biopic of humanitarian Dr Amte and his wife. Directed by Samruddhi Porey and starring Nana Patekar, the film was chosen for the closing night at the 2014 London Indian Film Festival.

The film is the story of Dr Prakash Baba Amte and his wife Dr Mandakini.

Hemalkasa is director Samruddhi Porey’s second feature length film. It was chosen to be the closing night film of the 2014 London Indian Film Festival (LIFF).

The movie is an inspiring tale of selflessness, based on the true story of two doctors who have dedicated their lives to helping the tribal people of Hemalkasa in Maharashtra, a region in the West of India.

It follows the story of Dr Prakash Baba Amte and his wife Dr Mandakini, who are played by Nana Patekar and Sonali Kulkarni respectively.

The couple travel to the region of Hemalkasa to bring medical support to the people, whilst also trying to preserve the wildlife and the ecosystem of the surrounding rural landscape. 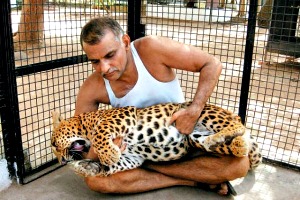 Hemalkasa is a place far removed from the rest of India, and is not marked on a map of the country. It is governed by tribal rule and the community remains very traditional.

In real life, the story of the Amte’s is just as inspiring as it is on screen. Both of these doctors have been awarded the Magsasay Award for Community Leadership by the Indian government.

They have been long held as examples of how individuals can make a real difference to their community, and even their country.

Hemalkasa follows this true story from when the couple first begin their quest to improve the lives of the tribal people, throughout their project.

From the opening scene, it is clear that the film centres on Dr Amte and his relationship with the Hemalkasa landscape. The opening few shots feature Patekar walking out of river with a tiger beside him, in a dramatic and memorable opening. 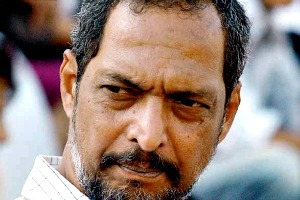 Throughout the film, the events are accompanied by a narration which provides another storytelling device. This voiceover is the main feature of the film’s sound, whilst music mainly provides a background, reflecting the scenery of this isolated part of India.

Hemalkasa covers a staggering amount of ground in its 117 minutes of running time, as Porey has managed to include so many events in her commitment to telling the Amte’s story.

The film also makes interesting use of special effects in a subtle way, using SG to create animals rather than the traditionally overblown explosions and animation, which viewers are used to seeing in films that use this technology.

It has been a long journey for Hemalkasa to go from the mind of its director to the screen, and finally to its place in the closing night of LIFF’s timetable. 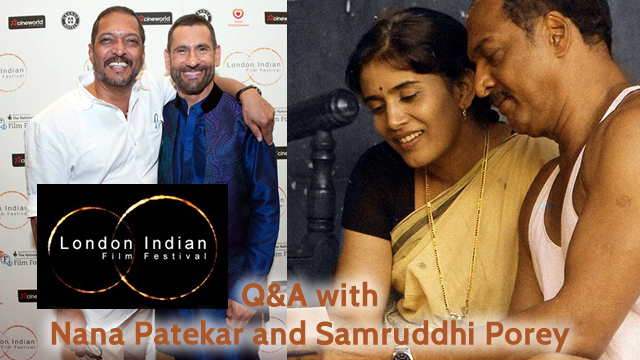 Despite Porey having won Best Feature Film in Marathi by India’s National Film Awards in 2010 for her debut movie, Mala Aai Vhhaychy! it was still a challenge to make Hemalkasa.

Porey has described it as being a miracle that the film even got made. She spoke of the struggle to finance the movie, saying: 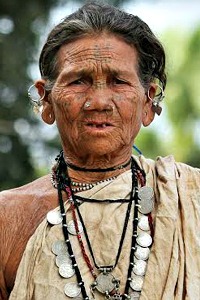 “No one was interested. I felt like crying because they didn’t understand what I was trying to achieve and want to bracket this film with everything else.

“They were not listening to what I wanted to do or the story I wanted to tell. I tried really hard to get someone to back Hemalkasa, but it wasn’t happening.”

However, Porey remained determined to make this movie a success, and thus invested all of her own money into the project. She even travelled to meet the real Dr Amte, who gave his blessing to the venture.

The commitment of Porey, and of the lead actor Patekar, really shines through in the film. Patekar actually already knew the real Dr Amte personally, and his performance makes the movie with its honesty and emotional connection to the audience.

Patekar talked of how proud he was to promote the film at LIFF, and answered the audiences’ questions after the film’s screening, saying:

“This is not merely a film but an inspirational message for the world and hence I am here at LIFF. Otherwise usually I avoid accepting film festival invitations. My friends, if you miss the film, the loss is yours.”

During the Q&A session after Hemalkasa screened at LIFF 2014, the star actor Patekar and the director Porey both stressed the importance of this story.

When asked about what the real life Dr Amte thought of the film, Porey replied that his response was: “I felt as if a camera was left on from my childhood to my present day, and I was watching it all on the big screen.”

Both Porey and Patekar stressed that their determination to make this film comes from a desire to tell the Amte’s story all around the world, and gain interest in the community work which is still happening in rural parts of India.

Hemalkasa’s storytelling has been recognised by LIFF, with it being named the runner up to the festival’s coveted Audience Award.

It is an uplifting story which reminds the audience of what is achievable, and fulfils the dream of both Porey, and her subject Dr Amte, to enthuse others to help their communities.

Eleanor is an English undergraduate, who enjoys reading, writing and anything media related. Aside from journalism, she is also passionate about music and believes in the motto: “When you love what you do, you’ll never work another day in your life.”
Salman worried about Happy New Year?
BSkyB to increase Ethnic Minorities on TV