Vidya Balan set to Star in Biopic of Indira Gandhi?

Vidya Balan seems to love to play gallant characters on screen and reports suggests she will star in a biopic on former Prime Minister Indira Gandhi.

Portraying such a bold role is no mean task.

Vidya Balan is known for portraying intrepid roles on screen. And reports suggest that she will take one of the most daring roles in Bollywood history: Indira Gandhi.

The characters she chooses to play on screen make her always remain the centre of attention in Bollywood news. Her roles in Kahaani, Dirty Picture and upcoming movie Begum Jaan stand as proof of her risk-taking ability.

The trailer of her latest movie Begum Jaan released on 14th March 2017. It has already created much anticipation among the audience ahead of its release on 14th April 2017. Capturing the essence of her character, Vidya Balan plays some bold dialogues in it.

On the other hand, she has managed to keep fans on tenterhooks with news of her making a biopic. The biopic will reportedly base around the life of the first female Prime Minister of India, Indira Gandhi.

Reports suggest that a biopic on the third Prime Minister of India is on the cards. But they are waiting to work on it as Vidya Balan has a condition for filmmakers.

Manish Gupta, who graduated from screenwriter to director, supposedly has the political drama script ready. Reports also say that the director has approached Vidya Balan to play the role of the political figure. 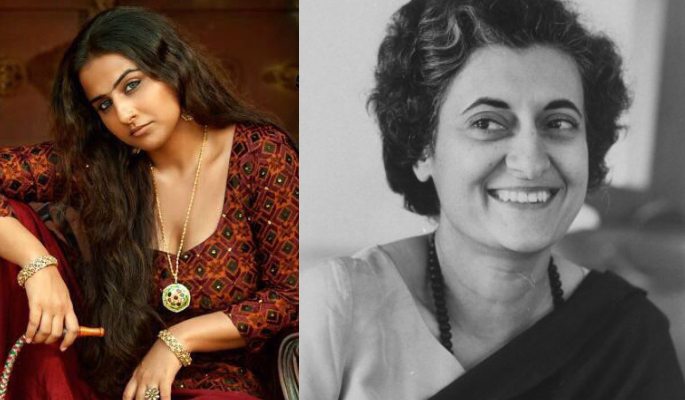 The Begum Jaan actress reportedly told film-makers: “Get the right permissions from her family.”

Vidya Balan has spoken in the past about the importance of obtaining permission from concerned people. She recalls: “You know how it is with permissions. Look at M.S. Subbulakshmi; we were almost ready to start and it didn’t happen.”

Indira Gandhi hails as one of the most daring women that India has ever seen. Portraying such a bold role is no mean task. In fact, there are too many incidents that took place during her tenure as Prime Minister to show in a 3-hour film.

More significantly, creating the scene of State Emergency, declared during Indira Gandhi’s time, might act as the toughest and interesting part of the movie as these scenes will prove difficult to recreate.

Given the complexities involved in the script, it’s going to be quite interesting to see how the director manages to show the life of such a powerful political leader on the screen.

But given her charming looks and ability to essay courageous characters, Vidya Balan seems to be perfect for such a role.

Reports also suggest that film director Manish Gupta is sorting out the legal issues involved in the project. Once they obtain the permission to make this political drama, they are ready to start working as they have already completed the script.

Once they get the right permits for this biopic, you won’t have to wait long to watch Vidya Balan play another audacious role on the screen.