A new picture of Taimur Ali Khan has gone viral after surfacing on the internet. Wearing a white kurta, he looks very similar to father Saif Ali Khan.

"Definitely 2 in 1... cute and handsome just like his gorgeous parents."

Taimur Ali Khan has broken the internet with an adorable picture of him, wearing a white kurta. The son of Kareena Kapoor and Saif Ali Khan has melted hearts with this latest image.

It first surfaced on the internet on 9th July 2017. Since then, many have shared the image all over social media, making it go viral.

In the photo, Taimur Ali Khan wears a smart, white kurta. Looking away from the camera, he looks to be resting on a brown sofa. With his growing locks brushed into a smart hairstyle, Taimur looks very similar to his father Saif Ali Khan.

Fans have undoubtedly seen previous images of the toddler, where he remarkably resembles his mother Kareena Kapoor.

However, as he wears this cute, white kurta, Taimur Ali Khan looks like he will become the spitting image of his father. 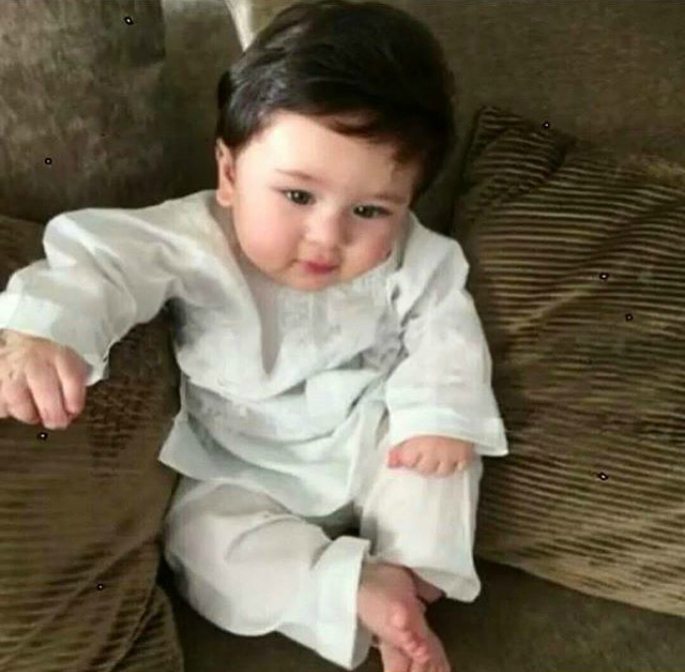 On Instagram, many fans have shared their own opinions on who Taimur resembles the most. One user, named Ayeshaborker commented: “He is too cute and golu like his mom. Full on Kapoor genes. [sic]”

Even in a recent interview, Kareena also believes her son resembles both herself and Saif Ali Khan. She revealed:

“Every month (with Taimur) is going to be different. I think he is a perfect mix of Saif and me, more so like me, of a Kapoor, I think so. I think he looks exactly like my dad because I think I look like my dad. He is more like my dad.

“But of course, his gorgeous sea blue eyes which he has taken from my grandfather and Lolo and that is amazing. I think it’s going to be a beautiful journey.”

With this latest image surfaced, Taimur seems to have dominated the hearts of all Bollywood fans. With many praising his adorable looks and handsome outfits, time will only tell on which parent he will take after more.

Or if he will, as Kareena believes, become the “perfect mix” of both herself and Saif.