Disappointing news ahead as Sylvester Stallone reveals he won’t star in Bollywood’s Rambo remake, First Blood. He made the comments via his spokesperson.

"Any involvement in Tiger Shroff's Rambo is not happening, under any circumstances."

After rumours had arisen speculating Sylvester Stallone’s potential appearance in Bollywood’s Rambo remake, the actor has finally cleared the matter.

However, Sylvester delivered disappointing news as he revealed he won’t appear in the film, entitled First Blood.

Many fans have wondered whether the star would become involved with the remake in some kind of role. Even the remake’s lead star, Tiger Shroff had hoped it would happen.

But, speaking to Deadline via his spokesperson, the legendary actor decided to end all speculation about his possible appearance. On 17th July 2017, the media outlet revealed how Stallone said:

“Any involvement in Tiger Shroff’s Rambo is not happening, under any circumstances. I wish them well on their own.”

No doubt this statement will surprise many, as the actor has previously starred in Creed, a reboot to the Rocky franchise.

However, Sylvester Stallone appears settled on the matter. Back in May 2017, Tiger Shroff had made comments on the Bollywood remake, explaining how he would bring a unique angle on the titular character, Rambo. He said:

“They have made the character unique and so when I will portray Rambo, I don’t want to take anything away from that. But at the same time, I want to give my own take. I don’t want to mimic it.” 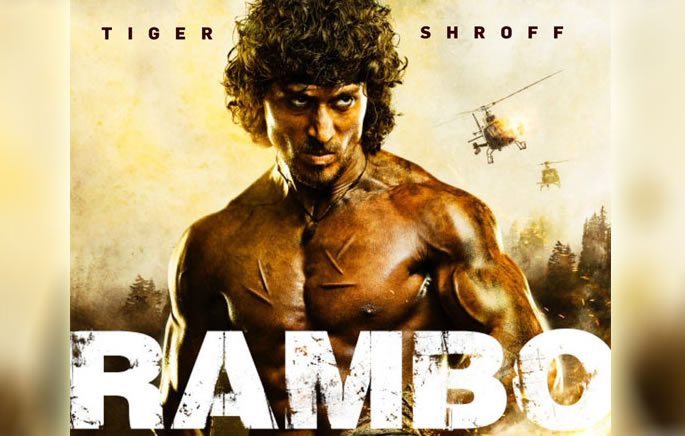 In addition, the young actor revealed how he wanted to meet Stallone himself.

“The Rambo remake is one of my most exciting projects. I am very scared and excited. Scared because I have big shoes to fill and excited because it is something up my alley and I really want to go all out for the film.

“I am definitely planning to meet Stallone, that’s in the pipeline.”

Many would have eagerly awaited the possibility of Tiger’s character interacting with Sylvester Stallone. Unfortunately, it appears the Hollywood actor wants to keep all his focus on the upcoming Creed sequel.

Reported to be writing the script for the film, the actor supposedly aims to get production rolling next year.

While Sylvester Stallone sadly won’t appear in First Blood, fans of the franchise will hope Tiger Shroff can bring the character of Rambo back to life. The Hollywood actor seems confident he will, as he said in an Instagram post:

“Good luck Tiger, go fight the good fight, keep punching, oh, for the Record, I love it when young artists get an opportunity to go for their dreams! [sic]”

With the remake set for release in 2018, it will be some time before we see Tiger in action.