"At this point, he touched my butt, and dragged me towards himself."

Her allegations against the Bollywood director came a day after the film’s release.

Norouzi has now shared a detailed account of events which spanned over a period of three months at the hands of Shah.

In an interview with Mid-Day, she said: “I came to Mumbai and faced a lot of sh*t. I met him (Vipul Shah) during [the pre-production of the film] Namaste England.”

“My manager informed me that Parineeti Chopra was playing the main lead. And I could be cast as the second lead.”

Elnaaz explained that Shah initially offered the role to Jacqueline Fernandes who turned the role down.

He then met with Norouzi and spoke as if they were progressing with the offer.

Elnaaz thought it was quite strange as she never auditioned for the film and these type of things usually take time.

A few days later, Vipul made the actress do a few natural scenes, just being herself.

Once the two met in his office Vipul told her: “We will sign the papers over the next couple of days.”

As they were saying bye, he came closer to Elnaaz.

She said: “It was too close to comfort. I didn’t get the right vibe. He gave me a peck on my cheek. I didn’t expect it.” 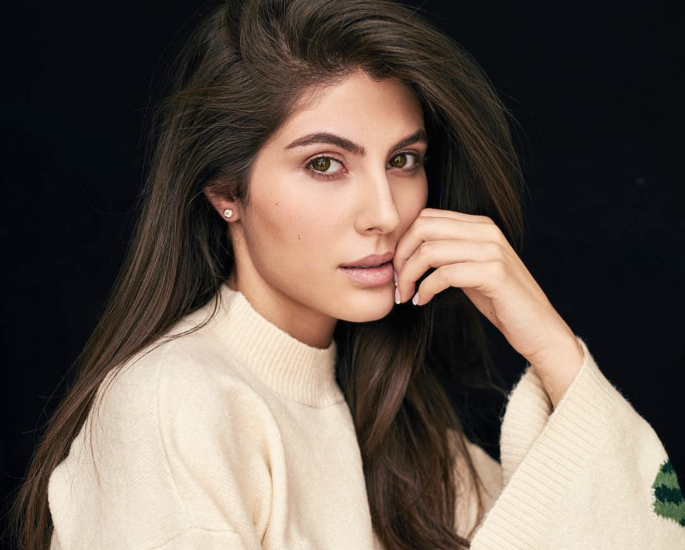 After calling her manager to progress with signing the papers, she never received a reply from Vipul.

When Elnaaz asked Vipul about the contract, he made her go through several rounds of auditions.

This left Norouzi’s confidence shattered but later felt that this was his way of getting closer to her.

Elnaaz said: “It was only later I realised that this was his way of calling me to his office, to get closer to me.”

“The next time we met at his office, he tried to kiss me. I backed off.”

“I pushed him away, being affirmative, but careful enough not to come across as rude, because I really wanted the film.”

In another incident, Vipul conducted another set of auditions with Elnaaz and during the meeting he tried to touch her inappropriately.

This prompted Elnaaz to say that she was unwell and that she had to leave.

Elnaaz later left the country to promote her new film. When she returned, Vipul requested another audition in Patiala, where they were staying on the same hotel floor.

When Norouzi asked about the film’s story, he said: “Come to my room. I will make you hear the script.”

“At this point, he touched my butt, and dragged me towards himself.”

For two months, Elnaaz would be waiting for a reply on the contract signing. Meanwhile, she was offered a role in Sacred Games as Zoya.

She took the offer to Vipul who told her to skip the opportunity as they would make her do nude scenes.

When Elnaaz told Shah that there were no nude scenes, he continued to tell her to turn down the role.

The harassment of Vipul made her feel that there was only one possibility to get the role.

Elnaaz added: “It was evident that if I slept with Vipul, I would get the part.”

“Every time I went to his office, he tried (to hit) on me. He (would) inappropriately touch me, and (try to) kiss me.”

Elnaaz turned down the role in Namaste England after realising the role was much smaller than how Vipul was projecting it to be.

She took to Twitter to say that she knows that Elnaaz is not the only woman to experience sexual harassment from Vipul Shah.

Her Tweet may imply that Kubbra was also a victim of sexual harassment from Vipul.

I am self confident to say @_iamnaaz_ isn’t the only one to have experienced this by this man. #VipulShah pic.twitter.com/dkVpn7yvMl

Elnaaz shared her account of events as she wants people to stop misusing their power in the heat of India’s #MeToo movement.

Director Vipul Shah is yet to respond to Elnaaz’s allegations.

Dhiren is a journalism graduate with a passion for gaming, watching films and sports. He also enjoys cooking from time to time. His motto is to “Live life one day at a time.”
Saif Ali Khan and Kareena Kapoor balance life with Baby Taimur
Ranveer Singh and Deepika Padukone announce Wedding Date