Ekta Kapoor Dramas and 8 Reasons why We Love Them

Why do we love Balaji Telefilms production? DESIblitz picks out 8 common elements found in the modern-day Ekta Kapoor serials.

Lavish bungalows, overly-dressed actresses, and that one notorious vamp, these were the three defining pillars of an Ekta Kapoor-serial.

You may think they are far from reality, but the overwhelming popularity they’ve had over Indian Television, in the past two decades, cannot be denied. From Ekta and Shobha Kapoor’s production house, ‘Balaji Telefilms’  have continuously entertained the audiences.

Aired on any channel, whether it is Star Plus, Zee TV, Colors or Sony TV, these dramas always managed to garner decent TRPs. In fact, it won’t be an overstatement to say that Balaji-produced serials have had a lasting impact on women viewers. With characters like Tulsi, Parvati, and Prerna, as women of power, who have inspired others for decades.

But, that was back in the day. Times have changed now, and stories in Balaji’s latest productions have taken to slightly more modern and realistic settings.

Yet, that hasn’t stripped them of their ‘number 1’ title. As of now, Balaji Telefilms has 9 shows airing on Indian television out of which serials like Yeh Hain Mohabbatein (YHM) and Kumkum Bhagya are topping the charts. It’s no surprise then that Ekta Kapoor is known as the ‘Queen of Television’.

Just like her earlier serials, Ekta Kapoor’s latest tales of modern love also have certain features in common. DESIBlitz rounds up 8 of these common elements for an ideal Ekta Kapoor serial in present times. 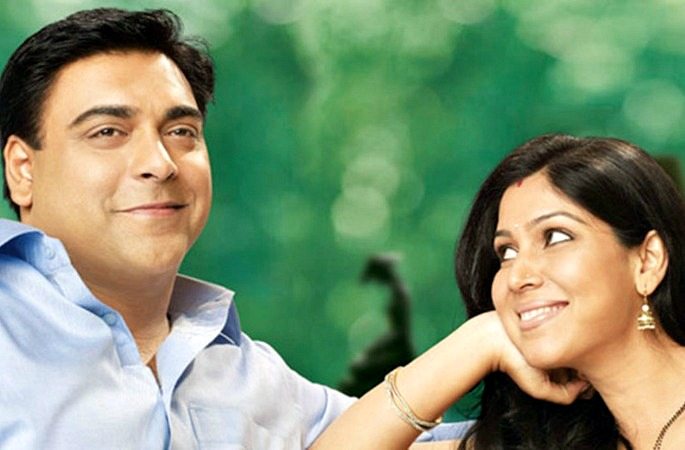 Ekta Kapoor serials often have a middle-aged couple marrying for reasons other than love, like family circumstances or majboori, leading to distancing and then reuniting after years and years have gone by. Nowadays, that’s precisely the approach the main protagonists play.

Like in the case of Ram Kapoor, from Bade Acche Lagte Hain (BALH), who married Priya Sharma (Sakshi Tanwar) just for the sake of his siblings. After a series of twists and turns, the serial took a 5-year leap in the lives of Ram and Priya, when they met again. It then took another leap and so on and so forth.

Similarly, YHM also saw Raman Bhalla (Karan Patel) and Ishita Iyer (Divyanka Tripathi) only marry each other for Raman’s daughter Ruhi (Ruhanika Dhawan). Recently, the series took a 7-year leap into the future following a bitter reunion of Raman with Ishita. Let’s hope there isn’t another ‘lambi judaai’ waiting for us. 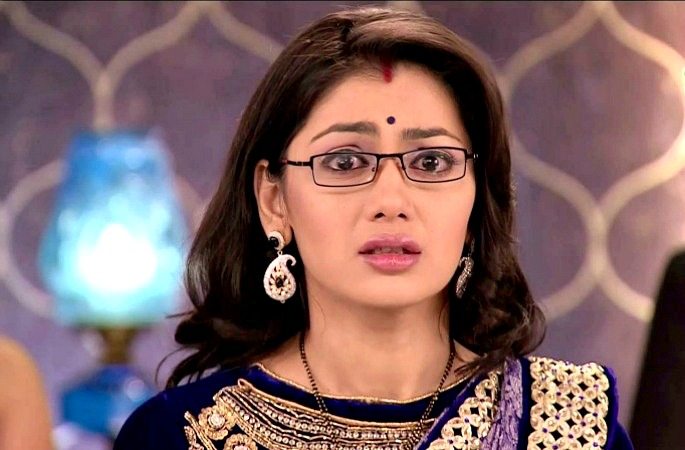 When the main protagonists address each other by unusual nicknames!

Not all has to be serious and melodramatic. Protagonists calling each other with nicknames adds to light humour and romance in a serial. But, also sounds cute!

We particularly love the BALH scene when Priya gets drunk and calls Ram Kapoor ‘Tablet Kapoor’ because of his obsession with taking pills? 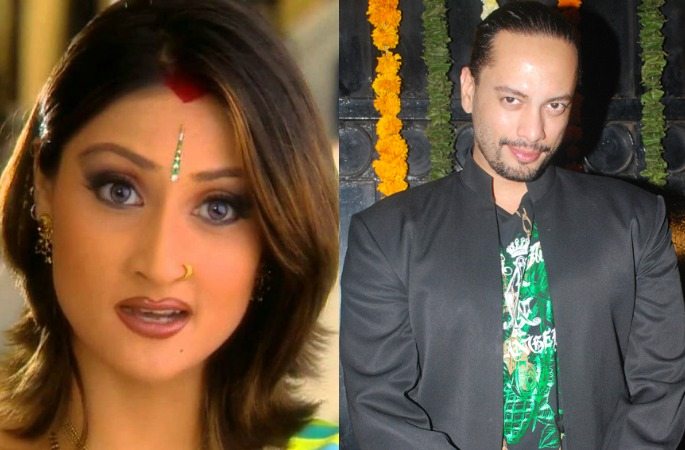 Komolika, Trishna, Jigyasa. Remember these names? These are some of the legendary antagonists of Balaji Telefilms.

More recently, the villains are pretty much an ex-lover or the sister of the main protagonist.

For example, in Kumkum Bhagya, the main villains are Abhi’s sister Aaliya (Shikha Singh) and his ex-girlfriend Tanu (Leena Jumani), who both despise Pragya. And eventhough two years have gone by since the show first began, their fire of hatred towards Pragya is still burning.

Similarly, in Yeh Hai Mohabbatein, Shagun (Anita Hassandani), Raman’s ex-wife, was initially the antagonist. Of recent, lawyer Nidhi Chhabra (Pavitra Punia) has taken the coveted spot for being previously rejected by Raman. Currently, she terrorises the Bhalla-clan from behind bars!

Of course, there have also been countless male villains, like Ansh from Kyunki Saas Bhi Kabhi Bahu Thi in the past.

4. Title from a Bollywood Song 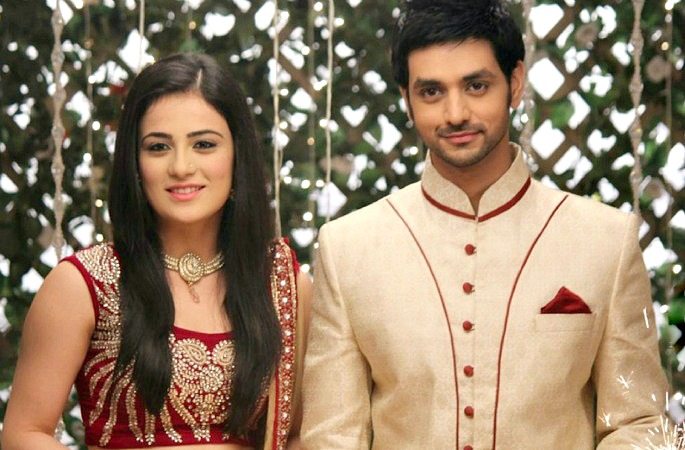 There was a time when films were recognised by a popular track.

But, tables have turned, as serials are now being associated with Bollywood songs, this enhances the serial and clearly reflects the storyline.

Therefore, a popular track as the title of a serial always attracts many viewers. 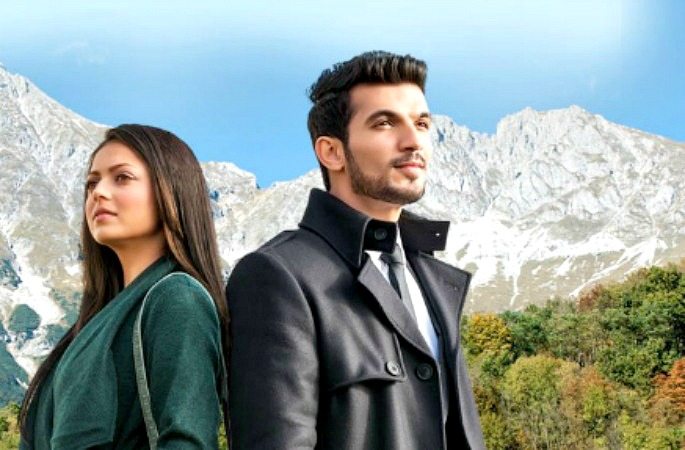 Whether it’s ‘Jiya Dhadak Dhadak’ in Kasamh Se or ‘Mere Pyar Ki Umar’ in Karam Apna Apna, the tradition of having romantic songs playing in the background in Ekta Kapoor serials has been going on for years. Little has changed!

During romantic scenes between Abhi and Pragya in Kumkum Bhagya we occasionally hear ‘Allah Waariyan’ from the film Yaariyan in the background. In Ekta Kapoor’s latest serial, Pardes Mein Hai Mera Dil, one can hear the background music of ‘Tere Naam.’ Perhaps this is a way small screen is trying to match up to the big screen?

6. From Rags to Riches & Vice-Versa 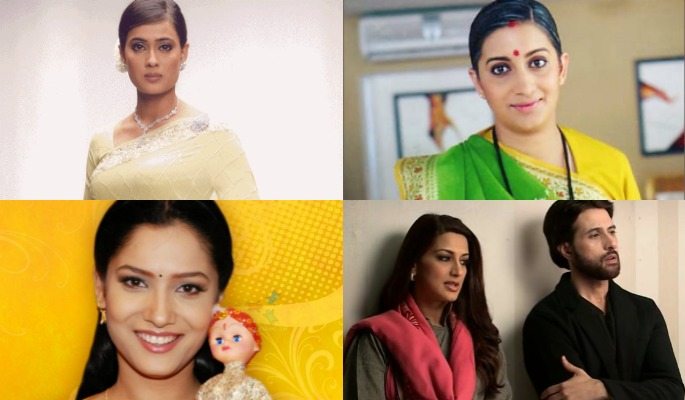 Whether it’s Kasautii, Kyunki or even Pavitra Rishta, there is always some kind of plot where the main character suddenly either becomes rich from poor or vice versa. In Ajeeb Dastaan Hai Yeh, Shobha (Sonali Bendre) was married to a rich politician, but after discovering his infidelity she moved to a flat as a strong independent woman.

On the other hand, in Kumkum Bhagya, the not-so-wealthy lecturer Pragya marries the famous and rich rockstar, Abhi. If one remembers correctly, Priya in BALH was also an ordinary lecturer who married the affluent businessman Ram Kapoor. An exception is perhaps YHM in which Ishita is a dentist and fairly well-off and Raman is also rich. But, wealth usually plays a pivotal role in Balaji soaps. 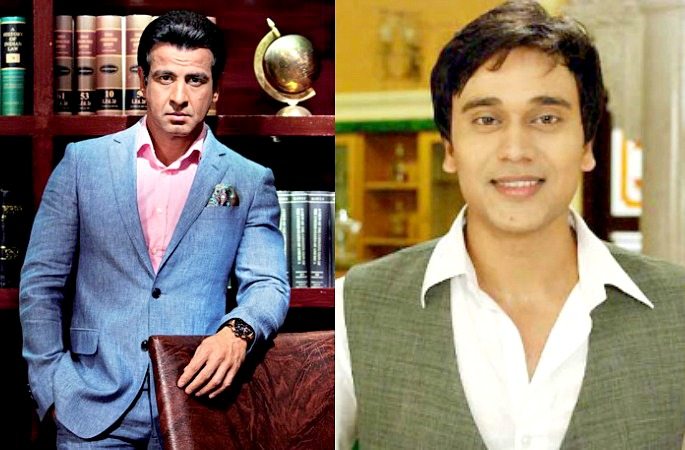 After you have seen an actor in one series, it is likely that you will end up seeing them again in another series. Previously, Ronit Roy featured as the male lead in Kasautii and Kyunki Saas Bhi Kabhi Bahu Thi simultaneously.

Most recently, an actor which has appeared in diverse roles is Anurag Singh. After his debut performance as Satish in Pavitra Rishta, he made appearances (in mostly villainous roles) on Tere Liye, Itna Karo Na Mujhe Pyaar, YHM, Ajeeb Dastaan Hai Yeh, Darmiyaan, Kumkum Bhagya and Jodhaa Akbar.

Balaji certainly have their favourites! 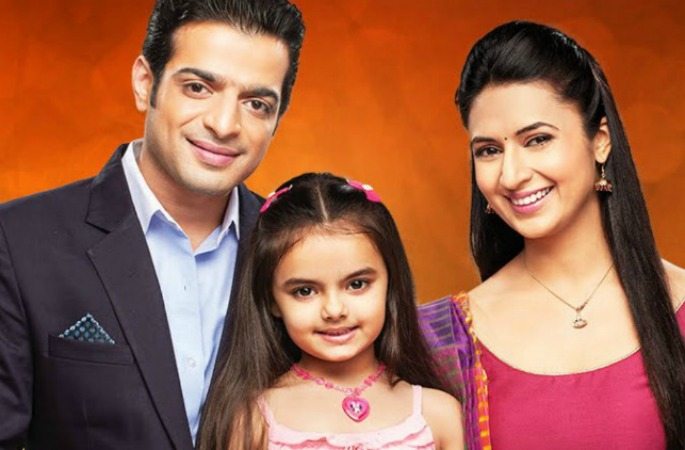 Finally, how can we forget the child artists who actually make the show memorable?

From BAHL’s Pihu and Kya Hua Tera Vaada’s Bulbul to Yeh Hai Mohabbatein’s Ruhi and Pihu (played by Ruhanika Dhawan), these little actors are equally responsible for making the serials memorable and enjoyable to watch.

In the shows, they are often the ones who reunite families and mend broken relationships.

However, this usually changes as they grow up and a new actor replaces them. For example, in Yeh Hai Mohabbatein Aditi Bhatia plays the older Ruhi. She has kept away from Ishita and Raman for 7 years and hated them. But nonetheless, Aditi’s performance is wonderful!

Whether you love them or hate them, Ekta Kapoor’s shows have always entertained viewers worldwide.