British-Pakistani actor Riz Ahmed has launched a new fellowship with the aim of improving the representation of Muslims in the film industry.

he is “fed up” with how Muslims are portrayed

The fellowship, the Blueprint for Muslim Inclusion, also aims to improve Muslim representation in the film industry.

Riz Ahmed is the first Muslim to receive an Oscar nomination for ‘Best Actor’. He is now using his success to support others.

Ahmed’s new initiative is in partnership with the USC Annenberg Inclusion Initiative, the Ford Foundation and Pillars Fund.

The Blueprint for Muslim Inclusion will include funding and mentoring for Muslim creatives in the early stages of their careers.

An advisory committee will allocate grants of around £18,000 to young Muslim storytellers.

Riz Ahmed believes the fellowship will also improve the way Muslim characters are presented in films.

He says he is “fed up” with how Muslims are portrayed as villains if portrayed at all.

Riz Ahmed’s social media pages are now full of statistics from a recent study by the Annenberg Inclusion Initiative, titled ‘Missing and Maligned’. 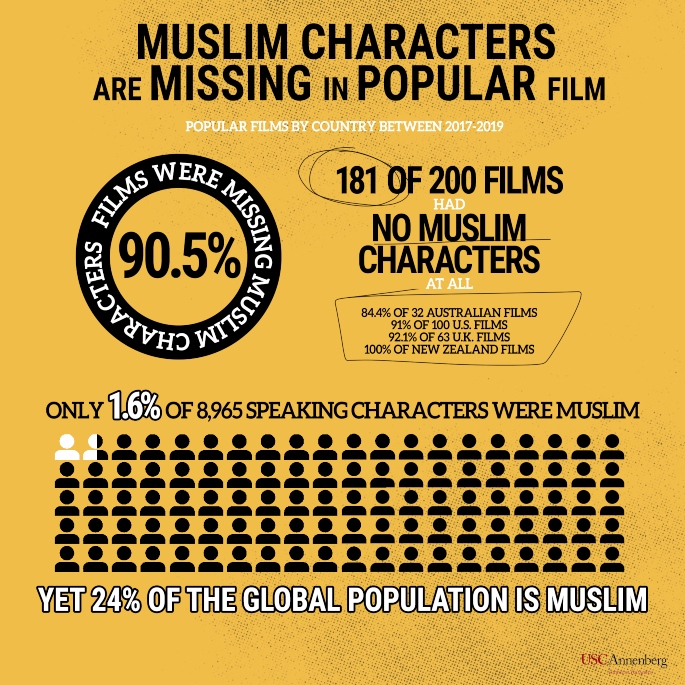 The study found that less than 10% of top-grossing films released from 2017-2019 featured at least one speaking Muslim character.

As well as this, that Muslim character was shown to be either threatening or an outsider.

The study also found that around one-third of Muslim characters were portrayed as violent. Additionally, more than half were victims of violence.

Therefore, Riz Ahmed believes that the representation of Muslims in the film industry has to change. His passion for the cause is driving his new initiative.

The actor took to social media to announce the launch of the Blueprint for Muslim Inclusion.

Today we are launching a solution – a grant to Muslim filmmakers and a blueprint for the industry to take up NOW, please help spread the word. https://t.co/hb0MBbFMUd pic.twitter.com/trwLJ44k9Z

In the speech, Riz Ahmed said:

“The representation of Muslims on screen feeds the policies that get enacted, the people that get killed, the countries that get invaded.

“This study shows us the scale of the problem in popular film, and its cost is measured in lost potential and lost lives.”

Ahmed then followed his speech with a tweet confirming the launch of his new fellowship. He said:

“Today we are launching a solution – a grant to Muslim filmmakers and a blueprint for the industry to take up NOW, please help spread the word.”

Riz Ahmed broke boundaries recently as the first Muslim to receive a ‘Best Actor’ nomination at the 2021 Oscars.

Upon receiving his nomination for his role in Sound of Metal, he spoke openly about diversity in the film industry.

“Well, I think if it makes a contribution down that road of broadening people’s horizons and opening up opportunities, I’m glad.

“And I’m aware that the success of individuals doesn’t necessarily result into the whole system being changed.

“And I think, as well as celebrating these individual successes, we have to keep an eye on the bigger picture – understand that there’s still work to be done.

“So hopefully it’s not an opportunity for everyone to put their feet up and say ‘yep, mission accomplished’, it’s encouragement to say ‘yep, okay cool, we can continue to move forwards’.”