Shraddha Kapoor has been linked to celebrity photographer Rohan Shrestha for the last two years. The actress has finally set the record straight.

Bollywood actress Shraddha Kapoor has been making headlines for quite some time concerning her rumoured relationship with celebrity photographer Rohan Shrestha.

Allegedly, the actress and her rumoured boyfriend are planning to tie the knot in 2020.

The pair have been spotted at various events together over the last two years, looking comfortable in each other’s company.

It seems this was enough to cause whispers in the grapevine. However, Shraddha Kapoor has remained tight-lipped about her personal life.

According to an interview with the Bombay Times, Shraddha Kapoor has finally set the record straight.

Shraddha revealed that right now she is occupied with her professional work commitments:

“Right now, I don’t have the time to think about anything apart from the movies that I am doing. And like you said, it’s only ‘buzz’.”

Despite Shraddha clarifying that marriage is not on the cards, she did not deny nor confirm whether she is dating Rohan. 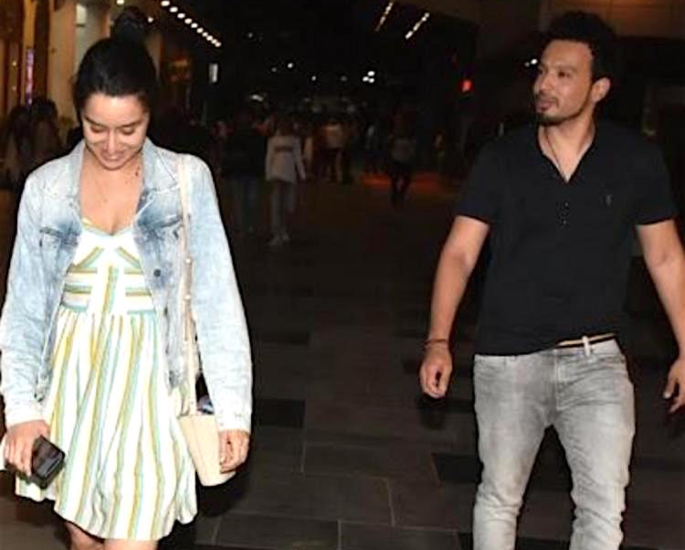 Previously, Shraddha Kapoor’s dad and veteran actor Shakti Kapoor was asked about the noise of his daughter’s impending wedding.

In an interaction with Spotboye, Shakti Kapoor denied these speculations:

“There is no truth to it. Shraddha has no plans of marrying anyone for (the) coming 4-5 years.

“She has too much on her plate at the moment and is totally focussed on her upcoming projects.

“Her calendar is chock-a-block for the next two years. All this is crap.”

Shakti Kapoor continued to mention that relationship rumours are a part of the industry:

“Shraddha has been linked to many actors in the past. Yeh film industry hai bhaiya, link karne se kuch nahi hota.” (This is the film industry, nothing happens when you are linked to someone).

He further added that Rohan Shrestha is the son of his “dear friend”. He said:

“His father, Rakesh is a dear friend of mine. We are all family friends.

“My daughter tells me everything that is happening in her life. She will never marry without her parent’s consent.”

On the work front, Shraddha Kapoor is busy juggling a hectic work schedule with multiple films.

The actress is gearing towards the release of her upcoming film, Street Dancer 3D alongside Varun Dhawan. It is expected to release on January 24, 2020.

She will also be seen in the highly anticipated Baaghi 3 opposite Tiger Shroff and Riteish Deshmukh. The film is set to hit the big screen on March 6, 2020.

Ayesha is an English graduate with an aesthetic eye. Her fascination lies in sports, fashion and beauty. Also, she does not shy away from controversial subjects. Her motto is: “no two days are the same, that is what makes life worth living.”
10 Indian Actresses in Bold and Sexual Web Series
SRK’s ‘Ask me anything’ creates a Storm on Twitter