Sachin Tendulkar was spotted at Wimbledon on July 10, 2015, along with his wife Anjali. Virat Kohli was also present with his Bollywood girlfriend, Anushka Sharma.

Tendulkar is a big fan of Roger Federer, and regularly sees him play.

Sachin Tendulkar was seen at the Wimbledon men’s singles semi-final between Novak Djokovic and Richard Gasquet on July 10, 2015.

He was sitting in the stands of the centre court watching the match with his wife, Anjali.

Tendulkar is reportedly a big fan of Roger Federer, and regularly goes to see him play, as well as going to watch the other tennis matches at Wimbledon.

Tendulkar’s friend Virat Kohli was also at the Wimbledon semi-final match with his girlfriend, the Bollywood star, Anushka Sharma.

Sharma admitted she was dating Kohli earlier in 2015, and the couple has been snapped out and about.

They reportedly went on a holiday together to South Africa. Despite the entire Indian cricket team travelling together to Zimbabwe for a break, Kohli decided instead to get away with his beau, Sharma.

It was a secret for a while where Kohli had gone on his holiday. He posted a mysterious picture on his Instagram with the caption ‘chilling in the wild’, saying it was ‘peaceful’, yet no one knew where he was. 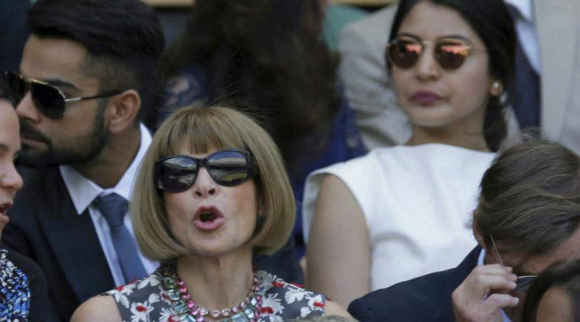 Then the chef of the hotel where Kohli and Sharma were staying commented on the picture, saying: “Amazing having both of you here.” He addressed the comment to Kohli and Sharma, and signed it ‘Chef Darrol’.

Though the couple try to avoid being photographed together, they were reportedly at Wimbledon to watch Sania Mirza and Martina Hingis play each other earlier in the week.

Allegedly the two were also accompanied by Farhan Akhtar and his wife Adhuna Akhtar. 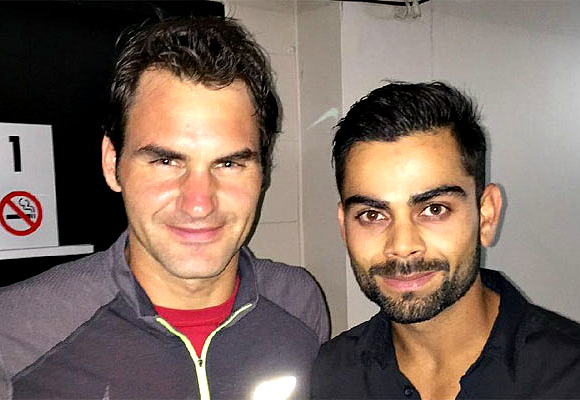 As the Wimbledon finals get closer, more and more celebrities have started to appear around centre court.

French footballer Thierry Henry was spotted watching the semi-final, and can be seen in pictures of Tendulkar, Kohli and Sharma.

David Beckham even drew applause after catching a stray tennis ball in his hand in the royal box on July 9, 2015.

The 2015 final of Wimbledon promises to be another star-studded celebrity event, as well as a brilliant celebration of tennis and sportsmanship.