India recreated history at Wimbledon 2015 as seven tennis players entered the competition for the first time since 1973. Sania Mirza and Leander Paes both won titles in the women’s and mixed doubles respectively. DESIblitz rounds up the progress of the seven players.

“Every kid that picks up a tennis racket dreams of winning Wimbledon one day.”

India recreated history, as there were as many as seven tennis players in the fray at Wimbledon 2015 since 1973.

Despite not qualifying for the men’s and women’s singles draw, five of them were in the doubles draw (men’s, women’s, mixed). Two young players also competed in the junior league.

Hingis made it two in two as she took the mixed doubles title with Leander Paes. The Indo-Swiss pair cruised to a comfortable 6-1, 6-1 victory against Timea Babos (Hungary) and Alexander Peya (Austria).

Sumit Nagal made it a hat-trick for India by winning the boys’ doubles event with partner Nam Hoang Ly (Vietnam).

Let’s take a closer look at all the seven Indian players and how they performed during Wimbledon 2015. 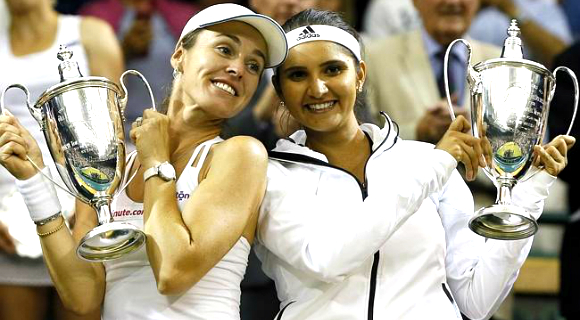 Ace tennis star Sania Mirza made history yet again as she became the first Indian woman to win a Wimbledon title.

In a highly thrilling final match against Makarova and Vesnina of Russia, Mirza and Hingis battled from 5-2 down in the third set to clinch the women’s doubles title 5-7, 7-6, 7-5.

Mirza spoke of how privileged she felt about winning at Wimbledon: “It means everything to be here today.

“Every kid that picks up a tennis racket dreams of winning Wimbledon one day. I hope this inspires a lot of girls back home, that we can become Grand Slam champions.”

Many famous faces took to twitter to congratulate Mirza and Hingis on their historic win.

Girl Power. Congratulations @MirzaSania and @mhingis. What a comeback from 1 set down #Champions #Wimbledon2015

Mirza also competed in the mixed doubles with Brazilian partner Bruno Soares. They made it to the quarter-final stages where they eventually lost out to fifth seeds Alexander Peya and Timea Babos. 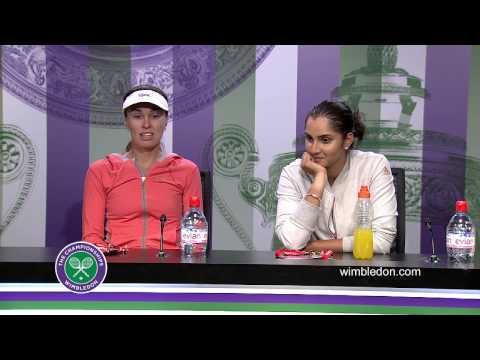 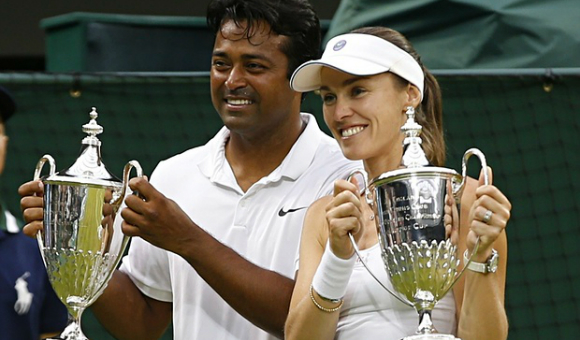 Many thought that Rohan Bopanna would lead by example at Wimbledon this year, as he was the highest ranked Indian male player in the draw. But it was Leander Paes who impressed with a final showing in the mixed doubles with Martina Hingis.

The pair won the Australian Open together earlier this year and had further glory on their minds at Wimbledon. They came up against Peya and Babos in Sunday’s final.

They did not disappoint! Both players were in sublime form as they raced ahead to win the first set 6-1 in 19 minutes.

More of the same followed in set two as the pair dominated from all corners of the court. They convincingly won the match in 41 minutes: 6-1, 6-1.

Paes said: “This trophy is for India. Winning and getting old go together.” 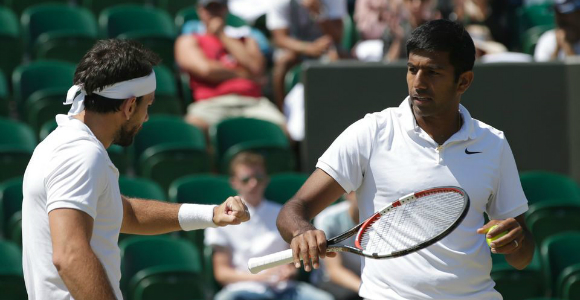 Paired with Maria Jose Martinez Sanchez of Spain in the mixed doubles, Rohan Bopanna could not go beyond the second. They lost out to Horia Tecau (Romania) and Katarina Srebotnik (Slovenia) in straight sets 6-2, 6-4.

In the men’s doubles, Bopanna and partner Florin Mergea (Romania) reached the semi-final after a terrific quarter-final win over the world number one pairing of Bob and Mike Bryan (USA).

The 41-year-old Mahesh Bhupathi as usual entered into the men’s and mixed doubles draws. Bhupathi’s last grand slam victory at SW19 was when he won the mixed doubles title in 2005 with Mary Pierce (France).

In 2015, the Chennai-born player fell short at the very first hurdle.

In the mixed doubles, Bhupathi and Alla Kudryatseva (Russia) took the first set, before losing the match 7-5 3-6, 2-6 to Americans Monroe Nick and Brengle Madison.

Purav Raja reached the men’s doubles draw after coming through the qualifying rounds with his partner Fabrice Martin (France).

Despite suffering a first round defeat, playing at the highest stage was a good experience for Raja.

In the boys’ singles event, India’s Sumit Nagal failed to get off the mark after suffering a first round loss against Juan Pablo Ficovich of Argentina.

However, he amazingly won the boys’ doubles title with Nam Hoang Ly, after beating Reilly Opelka (USA) and Akira Santillan (Japan) 7-6, 6-4 in the final.

With this victory, Nagal will be aiming for future success on the men’s circuit, hoping to follow in the footsteps of those already doing so well in the doubles draws week in, week out. 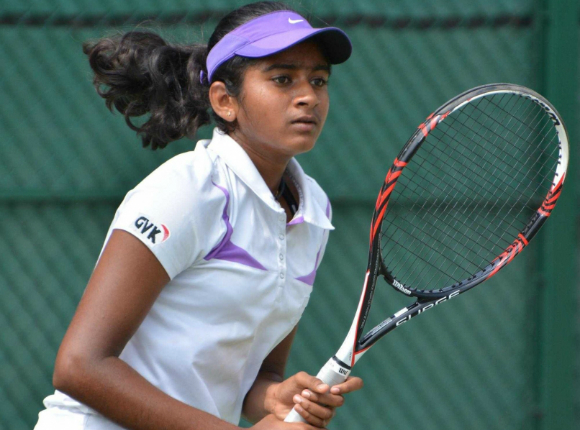 Pranjala Yadlapalli represented India in both the girls’ singles and doubles draw. She had a below average 2015 Wimbledon campaign.

She lost to Michaela Gordon (USA) in the second round of the singles competition and suffered a first round defeat in the doubles event with partner Chihiro Muramatsu (Japan).

Indian players have clearly dominated the 2015 Wimbledon championships in the doubles events, with three players going on to win titles.

The future seems bright for Indian tennis, as the young and old are brilliantly competing and winning against the very best.

Congratulations to Sania Mirza, Leander Paes and Sumit Nagal on their fantastic victories at Wimbledon 2015!